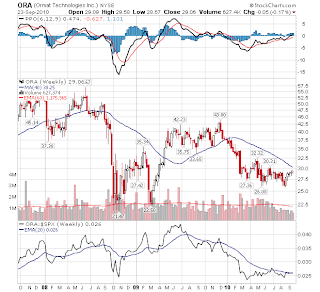 EG: I think European investors generally have a greater understanding and enthusiasm for the sector. That's based on the fact that in Europe there is much greater visibility of the actual technology in terms of the huge number of wind and solar projects and the returns that are being generated by those projects.

At the same time, I think investors in Europe are more cautious on investing in funds, whereas American investors are much more sophisticated in recognizing the benefits funds bring to an area like this.

TER: That's noteworthy. So with American investors and alternative energy, is it a case of "out of sight, out of mind?"

EG: Perhaps. I think people in the U.S. are more concerned about the broad market, and if people are worried about the broad market, alternative energy is another area that they're worried about. I don't think investors have returned to thinking this is an area that is actually going to outperform even if the economy goes sideways, which is what I think will be the case. (more)