Ambev S.A. (NYSE: ABEV) Under $7 Stock Just Pennies Away From a Breakout 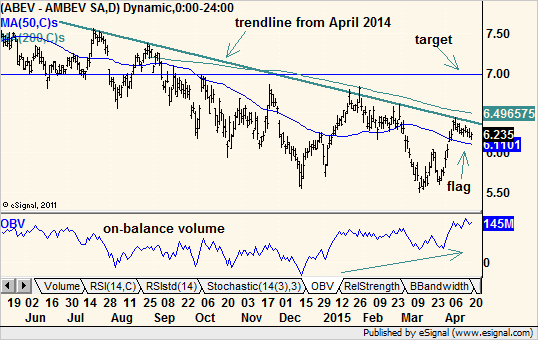 There are always themes underlying the stock market. Earlier in the year it was biotechnology. Then oil services offered nice gains.

When we can combine two themes, we can often multiply their benefits, and right now that is what I see with consumer staples stocks and Latin America.

At first glance, the consumer staples sector appears flat and is slightly lagging the broader market so far in 2015. But beneath the surface, the Consumer Staples Select Sector SPDR ETF (NYSE: XLP) is enjoying solid demand.  (more) 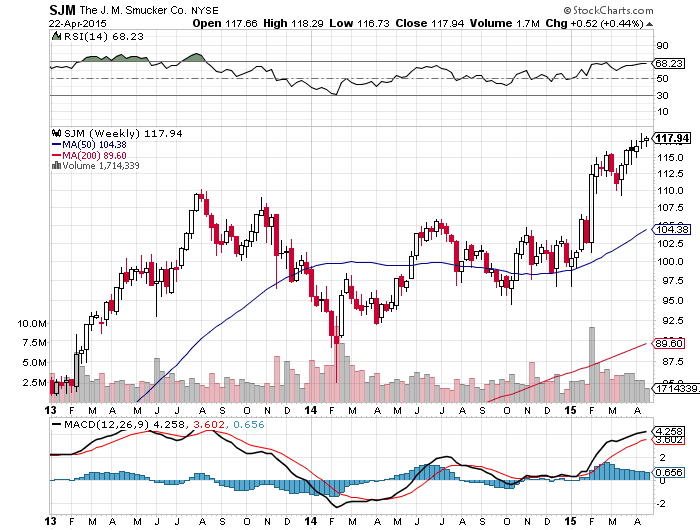 What kind of companies can you count on to generate value, even when the rest of the market is in a slump?
If history is any guide, then one class of stocks consistently enjoys solid demand from consumers. In fact, this sector is considered by many to be full of great "rainy day stocks."
The sector in question: consumer non-discretionaries, otherwise known as consumer staples.
Here's just one example of their resilience. Between January 1, 2007 and January 1, 2010, the S&P 500 plummeted, returning negative 21% over that period. In contrast, one of these stocks -- which I'll describe shortly -- went up 51%. (more) 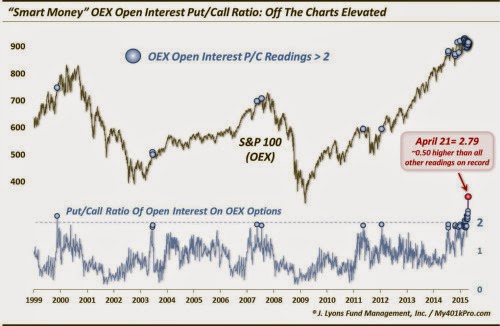 We have mentioned the put/call ratio of open interest on S&P 100 (OEX) options a handful of times over the past 6 months or so. The reason is that this historically “smart money” indicator has been flashing warning signs off and on during that period. On March 3, we posted our most recent update on the indicator as it was on an unprecedented string of bearish readings. The stock market peaked simultaneously and has drifted sideways in the 6 or 7 weeks since. The bearish OEX put/call readings have not relented, however. In fact, the bearishness has accelerated. Even so, we had not intended to dedicate another post to this indicator so as not to be redundant. However, the readings over the last few days warrant an update as they have become extreme. (more)

Pengrowth Energy Corporation engages in the acquisition, development, exploration, and production of oil and natural gas assets in the Alberta, British Columbia, Saskatchewan, and Nova Scotia provinces in Canada. It primarily explores for crude oil, bitumen, natural gas, and natural gas liquids. The company’s assets include Cardium light oil, Lindbergh thermal, and Swan Hills light oil projects. As of December 31, 2014, it had total proved plus probable reserves of 557.4 millions of barrels of oil equivalent. Pengrowth Energy Corporation was founded in 1988 and is headquartered in Calgary, Canada.
Take a look at the 1-year chart of Pengrowth (NYSE: PGH) below with added notations: 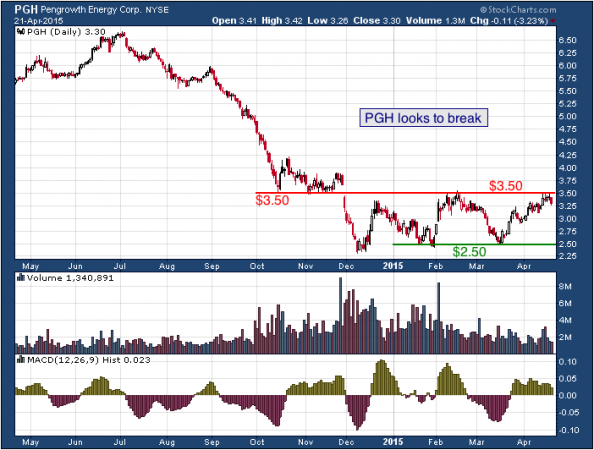 After a strong decline from July until December, PGH has been trading sideways over the last 4-5 months. During the sideways move the stock has formed a common pattern known as a rectangle. A minimum of (2) successful tests of the support and (2) successful tests of the resistance will give you the pattern.
PGH’s rectangle pattern has formed a resistance at $3.50 (red), which was also a prior support, and a $2.50 support (green). At some point the stock will have to break one of the two levels.

The Tale of the Tape: PGH is trading within a rectangle pattern. The possible long positions on the stock would be either on a pullback to $2.50 or on a breakout above $3.50. The ideal short opportunity would be on a break below $2.50.
Please share this article
at 12:03 AM No comments: 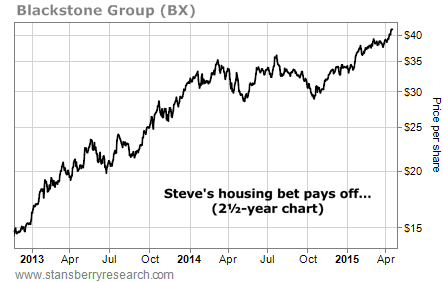 If there's a better way to get the government on your side as an investor, I haven't seen it...

Longtime Stansberry Research readers know Dr. Steve Sjuggerud has guided his subscribers to massive gains by following his "Bernanke Asset Bubble" thesis. Following the 2008-2009 credit crisis, the Federal Reserve launched a huge effort to stimulate the economy with low interest rates and easy credit.
The Fed's goal was to boost stock and real estate prices while stimulating business- and consumer-loan growth. Steve saw this stimulus coming... and for the past six years, he has urged readers to own stocks and real estate. Steve has repeatedly said the Fed stimulus would create soaring stock prices and recovering housing prices. (more)