The U.S. has supplanted China and Brazil as the most attractive market for investors as confidence in the global economic recovery wanes in the wake of the Greek debt crisis.

Investors are putting their money on President Barack Obama’s stewardship of the U.S. economy even as his job- approval rating has declined, according to a global quarterly poll of investors and analysts who are Bloomberg subscribers.

Almost 4 of 10 respondents picked the U.S. as the market presenting the best opportunities in the year ahead. That’s more than double the portion who said so last October, when the U.S. was rated the market posing the greatest downside risk by a plurality of respondents. (more)

Getting Prepared for the Best Short Market in Years 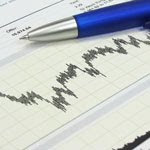 Shorting stock is probably one of the most unusual ways to make money on Wall Street. And I think the best way to explain it is with a story.

Say a friend lets you borrow his brand-new car for an extended time. So for all intents and purposes, the car is yours.

One day, a complete stranger sees you with the car and says, “I’ll give you $52,000 to sell this car to me.” Unsure of what to say, you take his phone number and say you’ll think about it.

You’re very curious, so when you go home, you do some research and discover that $52,000 is a very fair price for the car. But you also learn that the local car dealership is having a big sale in two weeks, so there’s a good chance the car will sell for a lot less than it sells for today. (more)

Dick Arms has spent nearly half a century following, trading and writing about Stock Markets. Best known for his Arms Index, or TRIN, his other major contributions to Wall Street methodology include Equivolume Charting, Ease of Movement, Volume Adjusted moving averages, Volume Cyclicality, and a number of volume based indicators. These tools are revealed and explained in his six books, the most recent titled Stop and Make Money.

Dick has received many of the highest awards in Technical Analysis, including the Market Technicians Association award for lifetime achievement. He has been inducted into the Traders Hall of Fame. Located in Albuquerque, New Mexico, Dick advises a select group of institutions with his weekly letter and personal consultation package, priced at $8000 per year.

Anthony Fry, senior managing director at Evercore Partners, said on CNBC this morning, “The current problems will be with us for 5 years or more and uncertainty is very high."

“Look at the current situation. You have Greece, now you have Hungary and huge issues surrounding Spain and Portugal,” he said.

“If the nightmare scenario plays out as I suspect it may then the debt situation gets worse. There is currently no exit strategy and the reaction to the crisis of policy makers remains a big worry.”

“I don’t want to scare anyone but I am considering investing in barbed wire and guns, things are not looking good and rates are heading higher,” he said.

Higher rates and deflating assets prices come about because of stagflation, a problem faced in the U.S, during the late 1970's. Any replay of such a scenario would likely be more extreme, given the current sovereign debt problems.

Evercore has handled over $1 trillion of merger, acquisition, recapitalization and restructuring transactions and is headed by Roger Altman, a former Deputy Secretary of the Treasury.
at 12:33 AM No comments: Links to this post

U.S. Will be Like Greece in ‘Seven to 10 Years,’ Say Congressmen, Experts

Sen. Judd Gregg (R-N.H.), along with other members of Congress and leading financial experts, is warning that the United States is in danger of being in the same dire situation as Greece – national bankruptcy -- in seven to 10 years unless the federal government radically curtails spending.

Last month, Gregg, the ranking Republican on the Senate Budget Committee, said the United States will “essentially be where Greece is in about seven years.”

“If we continue to spend much more than we take in," he says. "We'll double our debt in five years and triple it in 10 years and essentially be where Greece is in about seven years,” Gregg told the Fox Business Network in May. (more)

5 Steps Of A Bubble

The term "bubble," in the financial context, generally refers to a situation where the price for an asset exceeds its fundamental value by a large margin. During a bubble, prices for a financial asset or asset class are highly inflated, bearing little relation to the intrinsic value of the asset. The terms "asset price bubble," "financial bubble" or "speculative bubble" are interchangeable and are often shortened simply to "bubble."

Bubble Characteristics
A basic characteristic of bubbles is the suspension of disbelief by most participants during the "bubble phase." There is a failure to recognize that regular market participants and other forms of traders are engaged in a speculative exercise which is not supported by previous valuation techniques. Also, bubbles are usually identified only in retrospect, after the bubble has burst. (more)

In order to understand why commodities stocks have been beaten down to such great bargains, we have to explore the technicals of their primary drivers. Commodities prices are best quantified through the Continuous Commodity Index (CCI). It is the traditional old-school equally-weighted geometrically-averaged CRB index. Today’s version of the “CRB”, created in July 2005, is dominated by crude oil and uses a brand-new methodology not comparable to the decades of classic CRB history. (more)

Tax Hikes and the 2011 Economic Collapse

People can change the volume, the location and the composition of their income, and they can do so in response to changes in government policies.

Likewise, who is gobsmacked when they are told that the two wealthiest Americans—Bill Gates and Warren Buffett—hold the bulk of their wealth in the nontaxed form of unrealized capital gains? The composition of wealth also responds to incentives. And it's also simple enough for most people to understand that if the government taxes people who work and pays people not to work, fewer people will work. Incentives matter. (more)
at 12:17 AM No comments: Links to this post 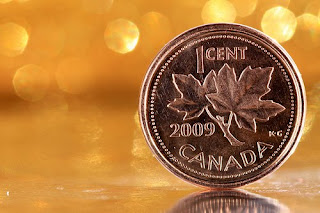 Junior Mogambo Ranger (JMR) Phil S. sent an article from the Globe and Mail where I learned that inflation in Canada has been so persistently corrosive over the years that, like in America, “it now costs the Royal Canadian Mint more than a penny to make a penny, and because of penny ‘hoarding’ by Canadians, the mint has to keep making more.” Hahaha! “Hoarding”? Hahahaha!

Well, the facts seem to be that, like in America, inflation has so corroded the buying power of Canadian money that it costs one and one-half Canadian pennies to make a Canadian penny, which makes Beverley Lepine, the mint’s chief operating officer, say, “So we are into a negative situation on every penny.”

I don’t know why she seems so surprised, as this is exactly what must happen when the buying power of the currency constantly falls and falls, and so if you see Ms. Lepine, tell her I said, “Hahaha! What did you think was going to happen, you moron?” Hahahaha! (more)