Ekso: The Next 10 Bagger? Is Set to Conquer the Most Valuable Unstoppable Trend of All 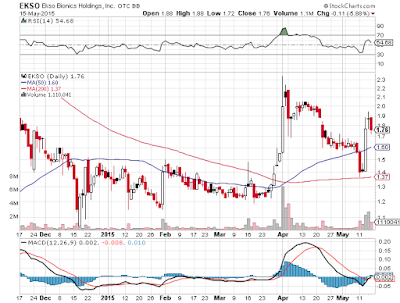 Last year I told you about one of the most inspirational companies I’ve ever visited, Ekso Bionics Inc. (OTC:EKSO).
At the time, the company was almost completely off the radar and totally unknown to both investors and analysts alike.
I promised you that wouldn’t be the case for long because the company had something other small start-ups didn’t: real products, real customers, and applications that potentially extended sales far beyond the medical and military markets it had initially targeted. (more)

by Brian Sylvester
The Gold Report 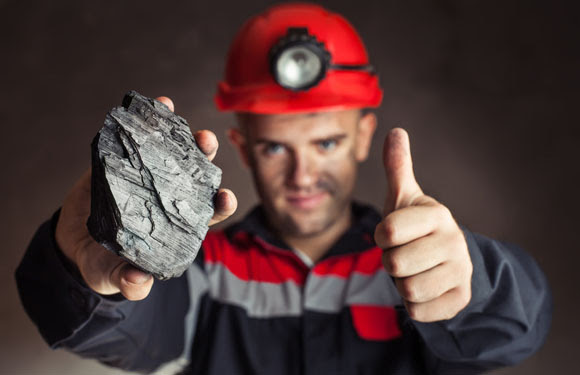 Eric Coffin, long-time editor of the Hard Rock Analyst group of publications, has seen the all-time highs in the junior mining space, and the current three-year bear market has taught him to adjust his expectations. He says the companies that he follows that have performed recently all had a specific event—a bigger resource number, a new economic study or even a discovery—that prompted the market to rerate the stock. Coffin says that, as always, it is about solid management and good projects, but it’s no longer about who has the biggest copper or gold resource, it’s about which company has a resource that makes sense. In this interview with The Gold Report, he suggests some companies with resources that not only make sense but could make even more sense to larger companies.
The Gold Report: At the subscriber investment summit in Toronto in March 2015, you had a talk titled “Life in a Zero Yield World.” What is wrong with that world?
Eric Coffin: A zero yield world is the result of four or five years of central banks essentially buying the hell out of the bond market, which is what the European Central Bank (ECB) is doing right now. And buying those bonds, also known as quantitative easing (QE), drives down yields. QE has helped the U.S. and will probably help the European economies but it creates a lot of distortions.
Continue Reading at TheAuReport.com…

TJX Companies (NYSE: TJX), runs discount apparel and home goods chains. This stock broke down below a trendline drawn from last summer, as well as its 50-day moving average.

This is called a test of the breakdown, and it gives bears missing the initial break a second chance to sell. With the 50-day average also curling to the downside, the path of least resistance is lower, and it would not take much to push the stock below its April low near $64.

The April low has additional significance besides being at the 200-day average. It was also support from the twin highs of 2014, as well as the 38.2% Fibonacci retracement of the 2014-2015 rally. Therefore, a move below that level would likely have some legs, and a drop to support and the 61.8% Fibonacci retracement level seems likely.

Fibonacci levels are controversial in some circles because there is no solid proof that the market targets them. However, traders do keep an eye on them, and that can make them important as directional guides, if not actual targets. For our purposes, we can say that a break of support has reason to continue lower until proven otherwise.

Are ETFs Preparing For a ‘Market Meltdown’? 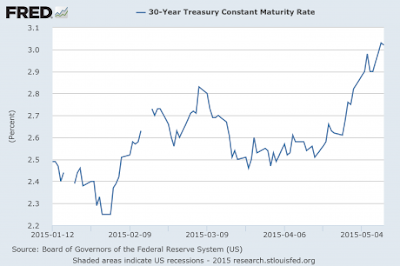 Some really weird things are happening in the financial world right now.  If you go back to 2008, there was lots of turmoil bubbling just underneath the surface during the months leading up to the great stock market crash in the second half of that year.  When Lehman Brothers finally did collapse, it was a total shock to most of the planet, but we later learned that their problems had been growing for a long time.  I believe that we are in a similar period right now, and the second half of this year promises to be quite chaotic.  Apparently, those that run some of the largest exchange-traded funds in the entire world agree with me, because as you will see below they are quietly preparing for a “liquidity crisis” and a “market meltdown”.  About a month ago, I warned of an emerging “liquidity squeeze“, and now analysts all over the financial industry are talking about it.  Could it be possible that the next great financial crisis is right around the corner? (more)

Analyst: “Millions Upon Millions of People Are Going to Die on a World-Wide Scale When the Debt Bubble Bursts”


It can be difficult to understand the repercussions that would follow a collapse of the global economy, stocks and debt markets. While we know a serious financial event is coming, determining how it will impact our lives and preparing an appropriate strategic plan to mitigate the fallout can be a confusing and stressful undertaking.
The questions being asked by concerned Americans are plenty, but the answers are not so easy to come by. Should I keep money in my retirement accounts? What publicly traded companies are recession-proof? Will gold and silver really be of value if the whole system comes crashing down? Should I have some cash? How much food should I stockpile if the regular flow of commerce is affected? Will there be riots in my city?
In the following interview with X22 Report Spotlight, well known analyst and contrarian thinker Greg Mannarino of Traders Choice succinctly explains the challenges we face as individuals and as a nation. He doesn’t mince words and goes straight to the heart of the problem: out of control debt.
As Mannarino explains it, we are facing an event so serious that it will directly impact just about every person on earth. But before we can prepare for it, we need to understand what it is that’s going to happen and what a worst-case scenario may look like:


The central banks… by us adopting a debt-based economic model, which demands that cash be borrowed from the future in greater and greater amounts to sustain what we have here, have created an alternative universe which would not exist. If we did not have access to all of these funds that we’re borrowing from the future and inflating this debt we would not have the lifestyle that we have now.
It’s created a population boom… a population boom has risen in tandem with the debt. It’s incredible.
So, when the debt bubble bursts we’re going to get a correction in population. It’s a mathematical certainty.

READ MORE
Please share this article
at 12:03 AM No comments: