Is it Better to Buy Gold Bullion or Gold Shares?

In the days of yesteryear, long-term investors bought shares because of growth potential and in particular for the income they would earn from shares and its growth. The share price would then focus on dividends and potential dividends rising or falling in line with such growth or lack thereof. Capital appreciation would follow. Present and future Dividend Yield was usually tempered [as was the share price] in the booms and busts, by relating it to the average 5 to 10 year fixed interest rate yield. This was because one had to ask, ‘what would the advantage be in investing in risky equities, when one had the benefit of risk-free fixed interest securities’. The potential of the equity shares could then be related to the state of the economy insofar as it related to interest rates. (more)
at 3:49 AM No comments: Links to this post

Battle of the Youth Bulge

“Between 1970 and 1999, 80% of civil conflicts occurred in countries where 60% of the population or more were under the age of thirty… Today there are sixty-seven counties with youth bulges, of which sixty of them are experiencing social unrest and violence.” – Council on Foreign Relations

A surge in youth population leads most nations in one of two directions: Economic boom or social bust. While much of the world is currently focused on the aging populations of powerhouse nations like the US and Japan, certain regions of the world are growing startlingly younger. Social scientists call these phenomena “youth bulges.” By necessity, they take time to play out. But even in these early stages, it’s easy to see what’s coming…and a lot of it is pretty unsettling. (more) 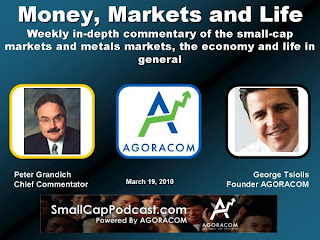 Scientists in Texas say they have found a way to convert coal into gasoline at a cost of less than $30 (U.S.) a barrel - with zero release of pollutants.

Canada has more energy in its "proven, recoverable" reserves of coal than it has in all of its oil, natural gas and oil combined: 10 billion tonnes. The world has 100 times more: one trillion tonnes. These reserves hold the energy equivalent of more than four trillion barrels of oil. They are scattered in 70 countries, mostly in relatively easy-to-mine locations and mostly in democratic countries.

The United States alone has 30 per cent of the world's reserves, and scientists in Texas say they have found a way to convert coal into gasoline at a cost of less than $30 (U.S.) a barrel - with zero release of pollutants. (more)

Even as the Lehman scapegoating campaign is on in full force, there is little doubt that the man who somehow was in the middle of virtually everything, was not Dick Fuld, or any of the bevy of rotating Lehman CFOs, but Lehman's very much under the radar Global Product Controller, Gerard Reilly. Reilly was the point man on Repo 105, the point person for E&Y's "investigation" into the Matthew Lee whistleblower campaign, Lehman's Level 2 and Level 3 asset valuation, the brain behind the idea to spin off Lehman's commercial real estate business, Lehman's Archstone investment, and likely so much more. Reilly stayed on at Lehman, solid as a rock, even as the CFO's above him rotated one after another. Tragically, on December 29, 2008, a 44-year old Gerald [sic] Reilly died while skiing alone on New York's Whiteface mountain, while on a trip with his wife, 4 small children, and two other families.

Here are the facts. (more)

Unemployment rates continue to rise, with the majority of U.S. metropolitan areas showing an increase in January, according to a government report.

In fact, there were 35 metropolitan areas with unemployment rates at or above 15% in January. California and Michigan remain the hardest hit, with 19 cities in California showing rates above 15%, according to the Labor Department. Michigan logged the next highest number, with 6.

In December, there were 25 cities with jobless rates above 15%, most of which were also in California and Michigan. (more)