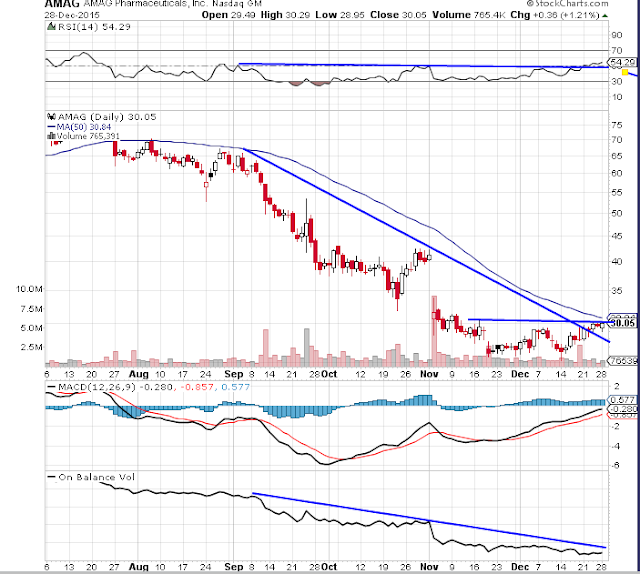 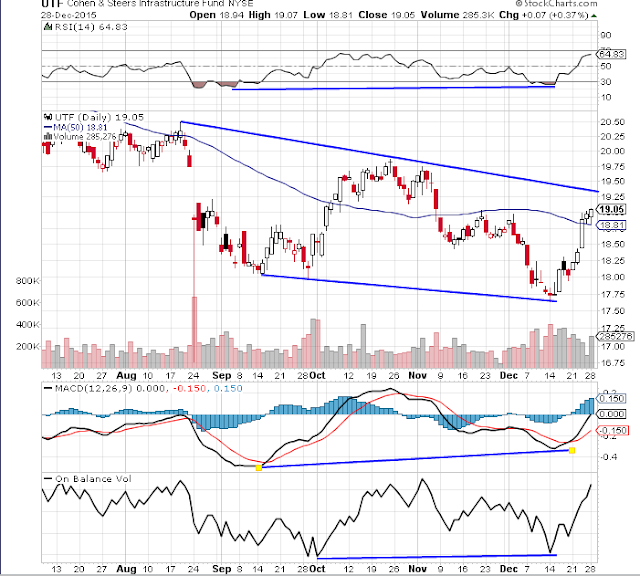 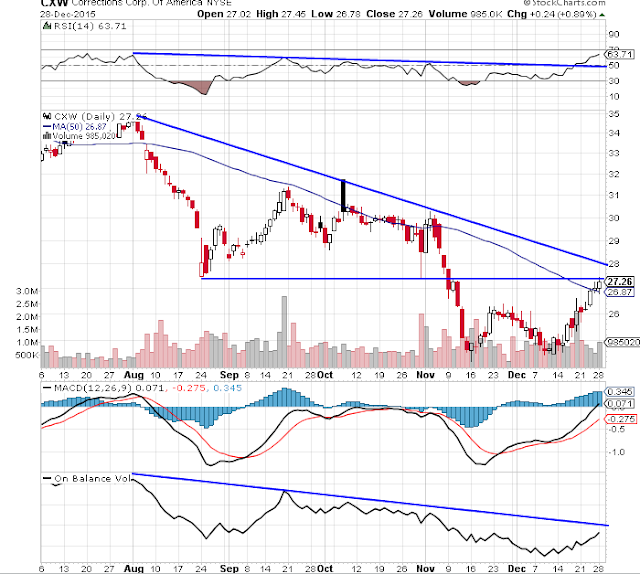 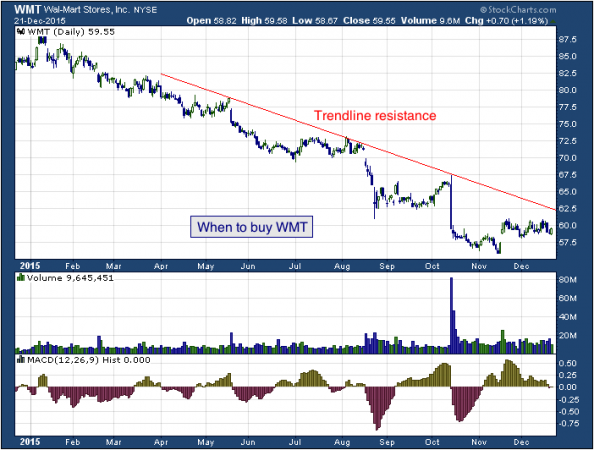 WMT has been trending lower for all of 2015. Over that time, the stock has formed an important trend line of resistance (red). Any (2) points can start a trend line, but it’s the 3rd test and beyond that confirm its importance. WMT seems to have an important trendline of resistance, which currently sits right around $62. A break above that line should mean higher prices, overall, for the stock.

The Tale of the Tape: WMT is currently stuck under a down trending resistance. A break above that resistance should mean higher prices for the stock, thus a long trade could be made. Short traders might look to enter a trade at the resistance.
at 12:03 AM No comments:

• The Market Vectors Junior Gold Miners ETF GDXJ  is down 87.0 percent in the past five years.
• The ETF may have finally bottomed and has not made a new low since July.
• The recent breakout above the 50-day SMA is encouraging, but major resistance remains.

There’s no question that 2015 was yet another tough year for gold miners, and the Market Vectors Junior Gold Miners ETF is down another 17.8 percent this year. In the past five years, the GDXJ has lost 87.0 percent of its value while the S&P 500 has surged higher.
However, shareholders may finally have reason for optimism headed into 2016. Here’s a look at several reasons why the technicals of the ETF are looking up in the short-term.

After years of steady declines, the GDXJ finally seems to have found some support at the $18 level. In fact the ETF hasn’t made a new low since July of 2015.
The $18 level held during a November re-test, giving shareholders even more reason for optimism.

In addition to the new support level, the GDXJ closed out the shortened Christmas trading week with a breakout above its 50-day simple moving average (SMA).
Although it opened Monday’s session down about 1.7 percent, this move represented the first time the GDXJ had closed above its 50-day SMA since late October.

Although the breakout was certainly welcome news for frustrated investors, the short-term move has done little to change the longer term bearish technicals of the ETF.
For now, bulls will be watching for a breakout above the downward-sloping multi-year resistance line that is currently at around $21.25 and a subsequent breakout above the 200-day SMA at $21.83.
If those major resistance levels are broken, investors can begin to realistically hope that 2016 will be a much better year for the GDXJ.
at 12:03 AM No comments: