Special Report: The 64-Month Pattern in Stocks and Gold 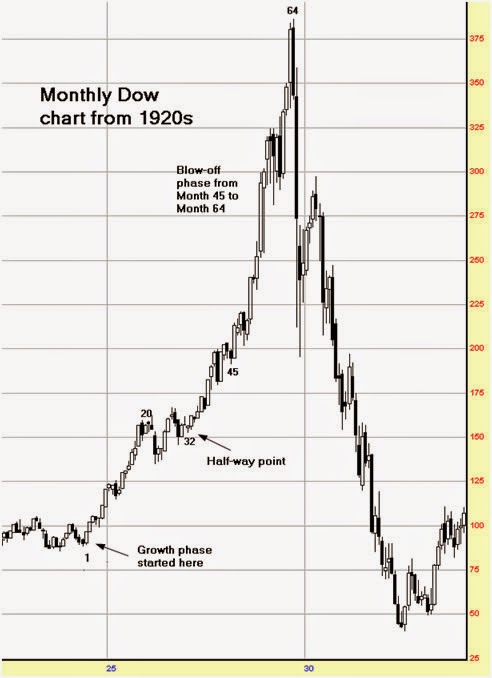 They all last exactly 64 or 65 months.
All the “name-brand” market bubbles in history have lasted 64 or 65 months from initial growth to blow-off top.

This includes the 3 biggest bubbles in modern market history:

David Gurwitz has been with Charles Nenner Research for over a decade. During that time he’s never given up his taste in music or his passion for basketball, which is a good thing because trading calls upon all these skills and more. Right now, Nenner’s cycle based system has been flashing a buy signal in gold. Silver hasn’t hit it yet, but a close above $17.50 should do the trick. Oil flashed a sell signal a while ago and the results have been self-evident, with $80 oil for all to see. But it will come back at some point, watch for a close above $85 and you’ll know. To find out forecasts for bonds and the world’s stock markets listen on.

What's Next For the Dow Jones? 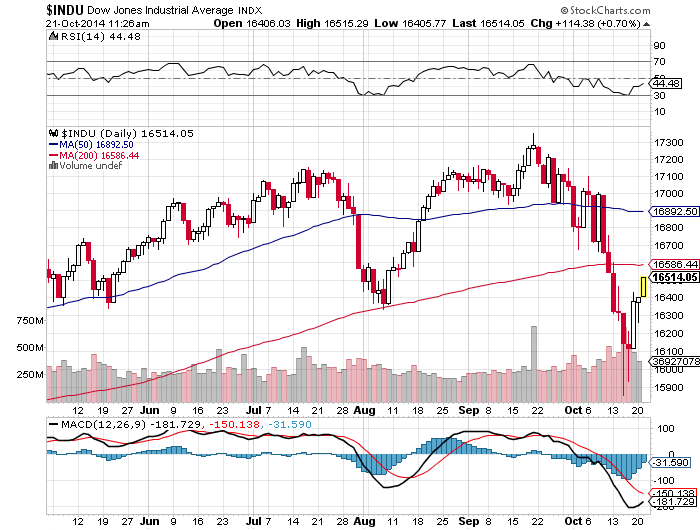 The Dow closed higher with an inside day. The turning points this week seem to be Wednesday (minor) and Friday (main). A reaction high this week still points to a lower low perhaps for the week of November 3rd. It appears that the Phase Transition in stocks will be postponed into the downside of the ECM. This is a reflection of the bubble that is unfolding in debt. This looks like the BIG BANG we targeted for 2016 is unfolding as we first scheduled back in 1985.

Many email have been coming in about the 1985 forecasts. This is what I mean there cannot be personal opinion. NOBODY can point and forecast something like this 30 years in advance with any such specific events. Long-term trends are set in motion and are un-changeable. Fundamentals are simply noise. Market commentators can and do take the same event and can construct it as bullish or bearish to fit the immediate price action. Like when news is bullish but stocks still decline – they then say “it was not bullish enough.”

Profit from the Fall in Corn Prices

On Monday, I had the chance to toss back a few drinks on Water Street here in Baltimore. The Orioles were going to be losing to the Royals in a few hours, but we didn't know it at the time, so we reveled in the pregame, hometown baseball excitement.
I was meeting with a guy named Bill who was in the investment game and hailed from Omaha, Nebraska. He claimed he was "the other one," which got a laugh — meaning he wasn't Warren Buffet, the famous Oracle of Omaha.
We talked about a bit about Baltimore, which always comes down to that HBO series The Wire. I mentioned how when I was in Kenya, two Germans asked if Baltimore was like that... drugs and gangs and murder.
Like much in America, it is and it isn't. Baltimore is also about Under Armor, Johns Hopkins, and T. Rowe Price.
And besides, since the crack wave receded a decade ago or more and the 20-somethings moved downtown, the crime rate has been falling. (more)

This week we have a special treat for listeners... American investor, author and one of the most brilliant market speculators joins Stansberry Radio.
Jim Rogers, Chairman of Rogers Holdings and Beeland Interests, Inc. and the co-founder of the Quantum Fund with George Soros and creator of the Rogers International Commodity Index.
Porter asks Jim to comment on the overall health of the markets, total U.S. debt, and the Fed's spending habits...
And you won't want to miss his thoughts on the collapse of the dollar?
A little hint... It's a lot sooner than Porter predicts. You'll get his detailed analysis...
Plus, find out why he says he is still bullish on agriculture...(click here to listen)
Please share this article
at 12:03 AM No comments: Links to this post