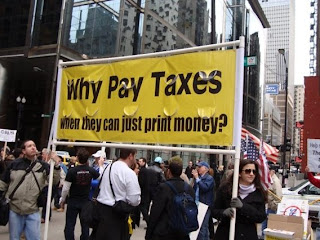 Wall Street: Inside the Collapse (60 Minutes)

If you had to pick someone to write the autopsy report on the Wall Street financial collapse 18 months ago, you couldn't do any better than Michael Lewis. He is one of the country's preeminent non-fiction writers with a knack for turning complicated, mind numbing material into fascinating yarns.

He wrote his first bestseller, "Liar's Poker," about his experiences as a young Wall Street bond trader when he was still in his 20s and has since followed up with seven more bestsellers on subjects ranging from Silicon Valley in "The New New Thing" to big time sports in "Money Ball" and "The Blind Side."

His new book, called "The Big Short: Inside the Doomsday Machine," comes out later this week and it explains how some of Wall Street's finest minds managed to destroy $1.75 trillion of wealth in the subprime mortgage markets. (more)
at 3:15 AM No comments: Links to this post 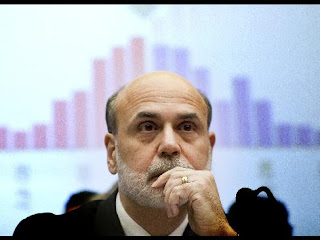 Money market interest rates at five-month highs show the Federal Reserve is laying the groundwork to siphon a record $1 trillion in excess cash from the banking system and sending a bearish signal on Treasuries.

The retirement nest egg of an entire generation is stashed away in this small town along the Ohio River: $2.5 trillion in IOUs from the federal government, payable to the Social Security Administration.

It's time to start cashing them in.

For more than two decades, Social Security collected more money in payroll taxes than it paid out in benefits — billions more each year.

Not anymore. This year, for the first time since the 1980s, when Congress last overhauled Social Security, the retirement program is projected to pay out more in benefits than it collects in taxes — nearly $29 billion more. (more)

Bob Chapman: The Financial System in America is on the Edge of Default

The dramatic and costly undertow of deflation continues unabated, as government via fiscal policy and the Federal Reserve, by creating money and credit out of thin air, proceed to overpower this deflation with massive inflation.

Unbeknownst to most the Fed and the Treasury have been maintaining this program for the past several years, accompanied by most major countries, all of which have taken the path of least resistance rather than address the underlying problems.

The current stage of problems had to be addressed 2-1/2 years ago in what has become known as a credit crisis. This continuing crisis has been accompanied by 22-1/8% current unemployment that has resulted in a perpetual fall in tax revenues and a resultant enlargement of government deficits. We might add that this condition is being experienced by many countries worldwide, which followed America’s leadership into this terrible financial and economic morass. These policies have led to massive sovereign debt policies, a hangover of the policies of 1933 and 1971. (more)

If there is a recovery in Americans' finances, they don't see it.

The Federal Reserve reported Thursday that the net worth of U.S. "households" increased at about a 5% annual rate in the fourth quarter, a good deal slower than the blistering 20% pace over the two previous quarters, but still a solid increase.

Not long after the news was posted on the Wall Street Journal's Web site early that afternoon, the vituperative comments began to flow. Many simply dismissed the data as inaccurate or worse. The numbers simply didn't jibe with what they were seeing in their own finances or those around them.

Most of the gain in wealth has come from the rebound in the stock market, which drove a 15.4% annual rate of gain in households' equity holdings in the period. For the year, their equity holders increased 30.9%. (more)

The Video That Will Put Geithner Behind Bars 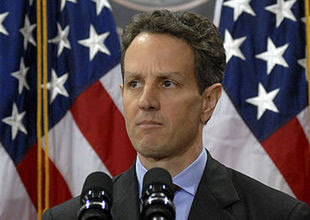 If this doesn't convince you that Timothy Geithner knew about the securities shenanigans that were going on at Lehman, than I don't know what will.

Keep in mind, that Geithner ran Lehman through 3 "stress tests" prior to bankruptcy; all of which Lehman failed, and yet, nothing was done. Anton R. Valukas--the examiner who wrote the 2,200 page investigative-report which was released on Thursday-- has provided plenty of information detailing Lehman's “materially misleading” accounting and “actionable balance sheet manipulation.”

In other words, they cooked the books. (more) 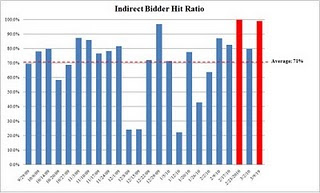 Evidence seems to be mounting that we are headed towards some sort of implosion in the paper Gold market, and perhaps the currency/bond markets in general. Let’s take a look:

Jacksonville, FL based EverBank – a bank with approximately $8 billion in assets and 1800 employees according to the company website – recently sent this notice to customers (courtesy of Warren Bevan):

"Non-FDIC Insured Metals Select Changes" -
Section 6.3.7. General Terms: We have added language clarifying our right to close your account. We may close your Metals Select Account at anytime upon reasonable notice to you. If we believe that it is necessary to close your account immediately in order to limit losses by you or us [GG: We really don’t give a s**t about you; it’s us that we care about], we may close your account prior to providing notice to you. Notice from us to one of you is notice to all of you [GG: the nerve of these people!]. If we close your account, we reserve the right to convert your Precious Metals to U.S. dollars and tender the balance to you by mail [GG: I am willing to bet my entire Gold stash that when you receive these "converted" dollars, they will be nowhere near the market price of physical. What did you think that whole "limit losses" thing meant?] . (more)