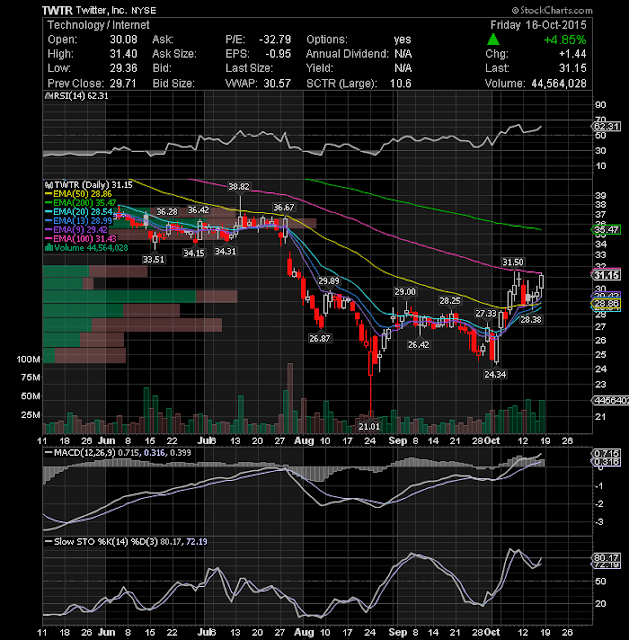 Twitter Inc (NYSE:TWTR) had a strong bullish momentum on Friday after Steve Ballmer reveals 4% stake. The stock closed the day with a gain of 4.85 per cent at 31.15 on strong volume after touching the day's high of 31.40. From a technical standpoint, the bias is bullish in nearest term. Key resistance is seen at 31.50. A clear break and daily close above this area could trigger further bullish momentum testing 33.51 or higher. The stock stayed above the 50-day EMA and the MACD and RSI still in buy mode. Long setup. 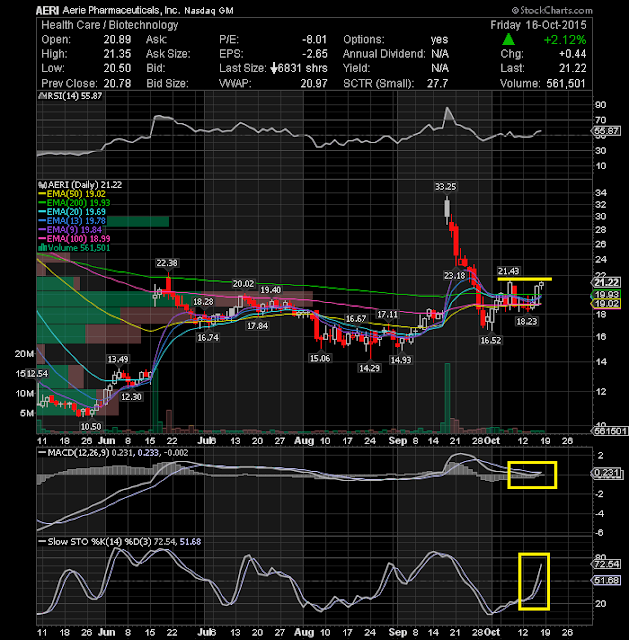 Aerie Pharmaceuticals Inc (NASDAQ:AERI) attempted to push lower on Friday bottomed at 20.50 but quickly whipsawed to the upside and closed slightly below the key resistance zone. A clear break and consistent movement above the 21.43 level next week could trigger further bullish pressure testing the 25.50 area. MACD is about to trigger a new buy signal with Slow Stochastic pointing upwards. Long setup on watch. 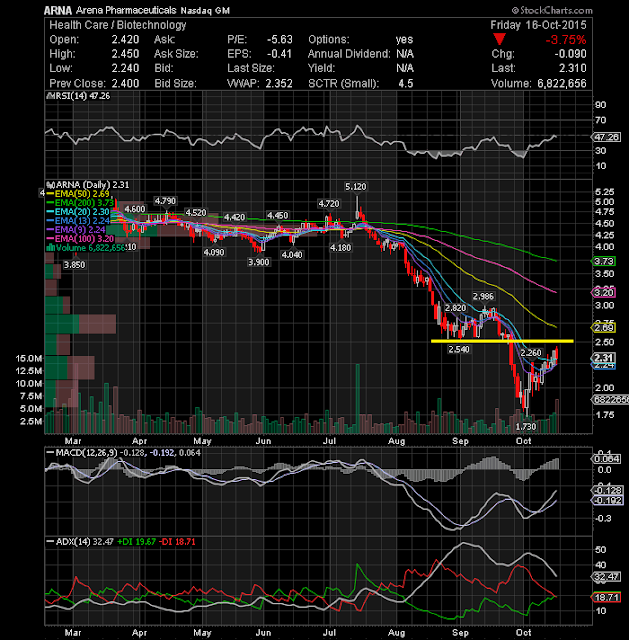 Arena Pharmaceuticals, Inc. (NASDAQ:ARNA) Will watch to see if it can break this horizontal resistance line next week. Key momentum indicators are trending in a positive direction. The bias remains bullish but the 2.54 area needs to be clearly broken to the upside to continue the bullish scenario. The immediate support is seen around 2.24/2.26.
at 12:03 AM No comments: Links to this post 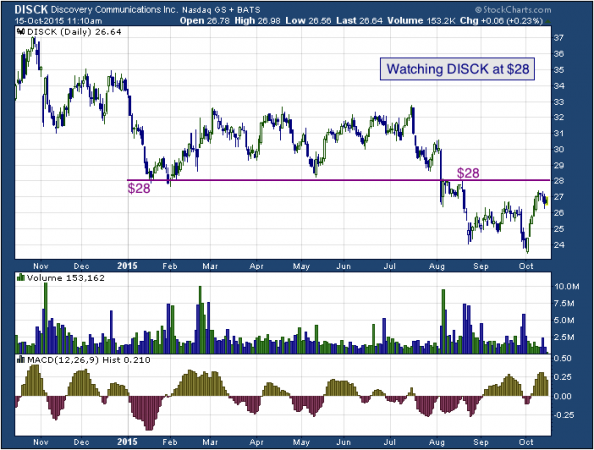 DISCK has been taking gradual steps lower throughout the past year. Along the way, the $28 price level (purple) has become very important to the stock, specifically over the past 9 months. Not only was $28 a key support back in January and May, that level has also been hit as resistance a couple of times in August.

The Tale of the Tape: DISCK has a key level at $28. A trader could enter a long position on a break above $28 with a stop placed under the level. However, if traders are bearish on the stock, a short trade could be made instead at the $28 resistance.
at 12:03 AM No comments: Links to this post 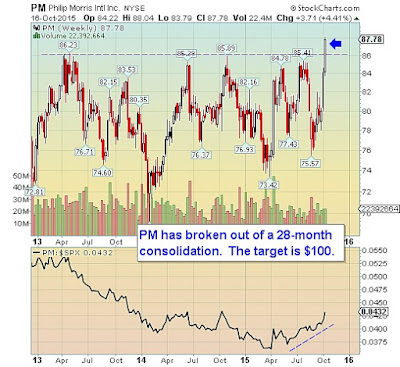 Technicals:
Recently broke out of a 28-month consolidation
New 52-week high
New all-time high
Buying momentum is positive and rising
Buying volume is neutral
Accumulation is rising and at a 5-year high
PM is outperforming the S&P 500 since July 2015
Support is at $86

Note: If PM moves past the target, we suggest using a 3% trailing stop.
at 12:03 AM No comments: Links to this post

Gold Forecast: Time For A Top And Then Another Drop 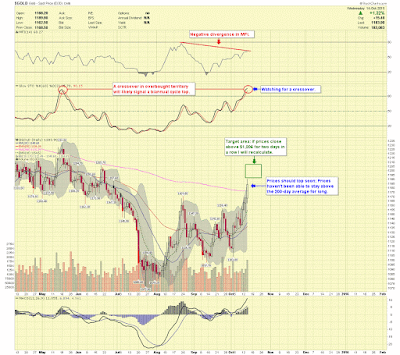 In this updated gold price forecast, we will look at short, intermediate and long-term gold price targets. I also have a silver price forecast explaining the possibilities of a $300 price target for silver and how I plan to turn precious metal profits into lasting wealth. Our unique approach combines cycles work with technical analysis to give estimated market timing and potential target areas. Current indicators suggest the gold price is close to forming a top and once formed prices should head lower into a biannual cycle low by year end. In the remainder of this exclusive gold forecast we will focus on various price charts and give brief summaries of the present technical environment.

Since this correction began in 2011, prices have stayed in somewhat of a predictable pattern. This pattern includes gold prices forming biannual cycle tops within certain time parameters and prices holding to specific moving averages. The daily chart pictured below shows prices are now attacking the downward sloping 200-day moving average (pink line at $1,176.29). Gold prices have struggled with the 200-day moving average and therefore, this seems like a potential termination area. If prices close above $1,206 for more than two days in a row, I will be forced recalculate the target area. Our premium newsletter is focused on identifying topping patterns and we will alert subscribers once confirmed. Note: The slow stochastics indicator (shown above the price) is in overbought territory, a crossover from this area has often signaled the biannual cycle top.  (more)
at 12:03 AM No comments: Links to this post