A bad day for the precious metals, but the HUI takes it in stride. Ireland's financial woes go supernova. No inflation? Tell it to your Thanksgiving turkey. Richard Russell: Speculative Phase of Gold Bull Lies Ahead... and much more.

YESTERDAY IN GOLD AND SILVER

Well, the big sell-off that started in Asia on Friday morning found an intermediate bottom shortly after London opened for trading yesterday morning. Then shortly before the London p.m. gold fix rolled around at 10:00 a.m. Eastern time, gold had recovered about eight bucks from the London opening low. 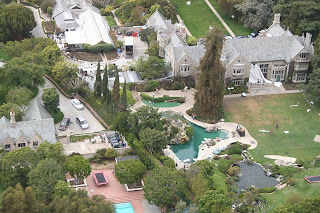 THE 40-year party at the Playboy mansion, a renowned symbol of sexual freedom and excess, may be drawing to a close.

Hugh Hefner, its octogenarian master of ceremonies, is coming under pressure to sell up and move out.

The tycoon is trying to ride a financial storm unparalleled since he introduced the US to mass-market soft pornography with a nude centrefold of Marilyn Monroe in the first edition of Playboy. Hefner launched the magazine in 1953 by pawning his family's furniture for a few hundred dollars.

Now his antiques, art collection and mock-Tudor mansion in Charing Cross Road, Los Angeles, may become collateral in a struggle for control of his financial legacy.

Creditors, due $US115 million ($116.7m) 16 months from now on a bond owed by the loss-making Playboy Enterprises, are reported to be taking a "hard look" at the mansion. (more)

The United States must move to rein in its massive budget deficits or it faces the risk of a bond market crisis, former Federal Reserve Chairman Alan Greenspan said Sunday.

"We've got to resolve this issue before it gets forced upon us," Greenspan said of the ballooning U.S. debt levels.

He spoke as a panel, chaired by former White House chief of staff Erskine Bowles and former U.S. Senator Alan Simpson, is due to deliver a report on debt and deficits by Dec. 1.

A draft report made public last week offered a series of politically tough tax and spending choices that would seek to reduce the debt by $4 trillion by 2020.

The suggestions received a lukewarm reception from some politicians and outright condemnation by others, including House of Representatives Speaker Nancy Pelosi, who pronounced the ideas "simply unacceptable." (more)

Today, most American students don’t even understand what a central bank is, much less that the battle over central banks is one of the most important themes in U.S. history. The truth is that our nation was birthed in the midst of a conflict over taxation and the control of our money. Central banking has played a key role in nearly all of the wars that America has fought. Presidents that resisted the central bankers were shot, while others shamefully caved in to their demands. Our current central bank is called the Federal Reserve and it is about as “federal” as Federal Express is. The truth is that it is a privately-owned financial institution that is designed to ensnare the U.S. government in an endlessly expanding spiral of debt from which there is no escape. The Federal Reserve caused the Great Depression and the Federal Reserve is at the core of our current economic crisis. None of these things is taught to students in America’s schools today.

In 2010, young Americans are taught a sanitized version of American history that doesn’t even make any sense. As with so many things, if you want to know what really happened just follow the money.

The following are 41 facts about the history of central banks in the United States that every American should know….

#1 As a result of the Seven Years War with France, King George III of England was deeply in debt to the central bankers of England.

#2 In an attempt to raise revenue, King George tried to heavily tax the colonies in America.

#3 In 1763, Benjamin Franklin was asked by the Bank of England why the colonies were so prosperous, and this was his response….

“That is simple. In the colonies we issue our own money. It is called Colonial Script. We issue it in proper proportion to the demands of trade and industry to make the products pass easily from the producers to the consumers.

In this manner, creating for ourselves our own paper money, we control its purchasing power, and we have no interest to pay to no one.” (more) 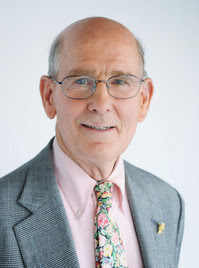 Gary Shilling, who predicted the U.S. housing collapse, says the stock market is overvalued and foresees a “significant” selloff within a year as the Federal Reserve fails to stimulate economic growth.

The Standard & Poor’s 500 Index has climbed 17 percent since July 2 as investors anticipated the Fed’s plan to buy $600 billion in Treasuries to boost growth. The benchmark gauge for U.S. equity trades for 15 times profit from the past year, up from 13.7 in July, data compiled by Bloomberg show. Fed Chairman Ben Bernanke previewed his strategy of quantitative easing in an Aug. 27 speech in Jackson Hole, Wyoming.

“I don’t think it’s enough to make a great deal of difference,” Shilling, 73, president of the investment research firm A. Gary Shilling & Co. in Springfield, New Jersey, said in a telephone interview. “The earlier QE1 didn’t and I don’t think this will, either. The economy is weak and it doesn’t take very much of a shock to push it into negative territory. I don’t think that’s enough to justify where stocks are now.” (more)

Gerald Celente: Scenario set up for next war