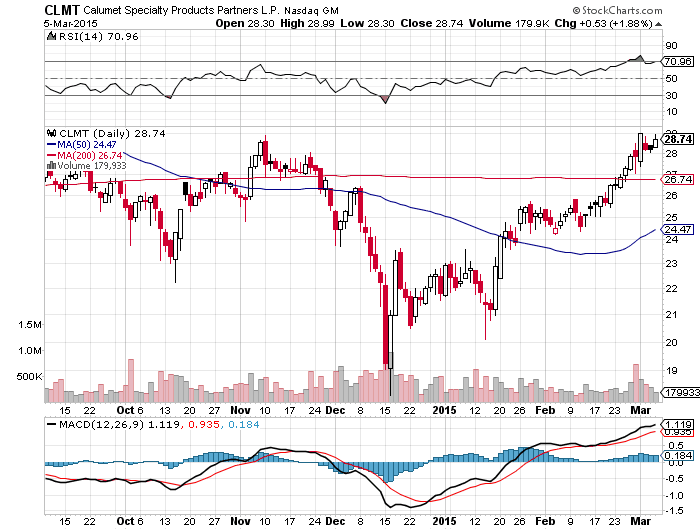 With the exception of energy, 2014 was a good year for nearly all of the major market sectors. Healthcare, utilities, technology, consumer staples and other groups have all logged healthy double-digit gains. But when you examine performance by market capitalization rather than by sector, a different story unfolds.

While the blue-chip heavy S&P 500 ended the year up 14.7%, smaller stocks have gone almost nowhere. The benchmark Russell 2000 Index limped to a 4.9% return, with hundreds of its components either flat or underwater for the year.

That's a bit perplexing for two reasons. First, smaller companies (as compared with globetrotting multinationals) are more closely leveraged to the U.S. economy, which has been among the world's strongest. Second, smaller companies are less exposed to the surging U.S. dollar, which is sitting near multi-year highs versus other foreign currencies and thus a major handicap for manufacturers trying to sell their goods overseas. (more)

Crude Oil Appears to Have Bottomed

Waning crude oil volatility suggests that oil’s decline is over. This is the same trend I highlighted in mid-February when other key sectors were using the lapse in volatility to break out. The CBOE Crude Oil EFT Volatility Index (OVX), which measures anticipated volatility of crude oil prices (this sector’s answer to the VIX), is starting to break down after two-plus months of range-bound trading. Oil won’t retest $100 per barrel anytime soon, but the panic in oil appears to be over.
Please share this article
at 12:03 AM No comments: 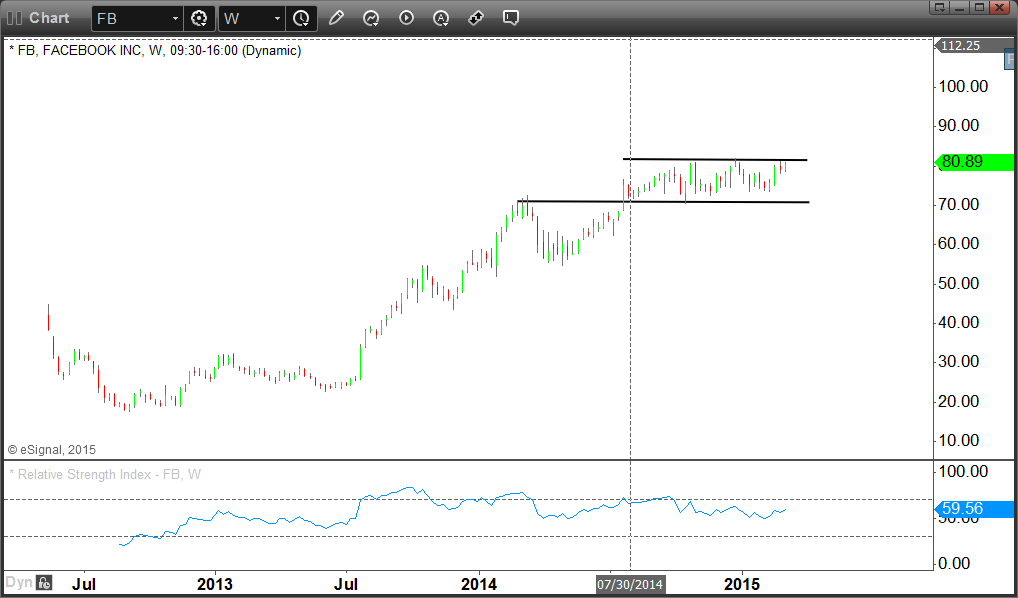 Shares of social media company Facebook Inc (NASDAQ:FB) rallied Wednesday on the back of positive comments by CEO Mark Zuckerberg regarding the company’s video came strategy, among other things. FB stock has largely been stuck in a trading range since last summer, but now increasingly looks to be building up enough momentum to break higher.
The Mobile World Congress taking place in Barcelona, Spain, has gathered increasing attention in recent years as many of the world’s largest and most influential technology firms like Facebook and Google Inc (NASDAQ:GOOG, NASDAQ:GOOGL) update the world on products, services and strategy.
Mark Zuckerberg on Wednesday reiterated that he believes virtual reality will be a part of the future, and also said Facebook could help to build out Internet infrastructure for developing nations. (more)

Chart Of The Day: Recession Dead Ahead?

zerohedge.com / by Tyler Durden / 03/05/2015 11:21
The chart below showing the annual increase, or rather, decrease in US factory orders which have now declined for 6 months in a row (so one can’t blame either the west coast port strike or the weather) pretty much speaks for itself, and also which way the US “recovery” (whose GDP is about to crash to the 1.2% where the Atlanta Fed is modeling it, or even lower) is headed.
READ MORE
Please share this article
at 12:03 AM No comments: