zerohedge.com / By Tyler Durden / March 31, 2013, 19:23
When it comes to global currency warfare, one can read countless books (all of which professing to be the definitive reference guide for a process that started in the… 1930s), or one can fast forward, save lots of time, skip all the repetitive verbiage and simply observe the following charts which summarize the key things “one needs to know” about the dead-end that the globalized monetary system has found itself in since 2008, when the entire world decided that the only way to “fix” all of the world’s problems is simply to print a countless amount of paper money.
What Is A Currency War?

Entitlements In the USA


While the Fed fiddles, Congress burns. Self-titled fiscal hawks like Paul D. Ryan, the chairman of the House Budget Committee, are terrified of telling the truth: that the 10-year deficit is actually $15 trillion to $20 trillion, far larger than the Congressional Budget Office’s estimate of $7 trillion. Its latest forecast, which imagines 16.4 million new jobs in the next decade, compared with only 2.5 million in the last 10 years, is only one of the more extreme examples of Washington’s delusions.

Yep.  And yet the solution to this problem in the intermediate and longer term is not all that complicated – garrote the medical industry. 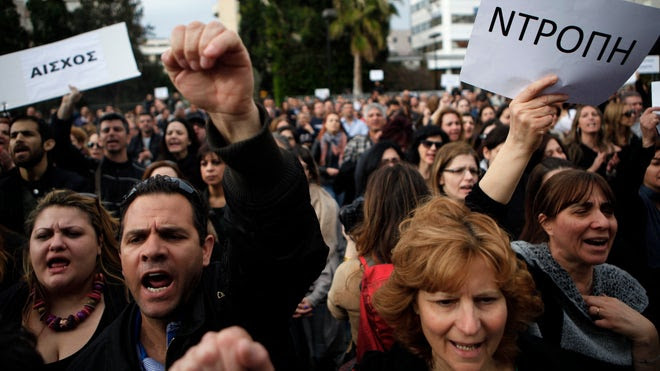 Customers of an Italian bank have seen deposits fall by “a few billion euros” after a scandal in February, the bank announced Saturday.
According to Reuters

, Monte dei Paschi bank reported a yearly loss of 3.2 billion euros ($4.1 billion) – a  higher-than-expected net loss for 2012 – after loss-making derivatives trades at the lender amounting to 730 million euros.  Bad loans also contributed to the loss.
The bank’s chief financial officer said after the earnings were released on Thursday that it was “quick in recovering ground in March” on the lost deposits in February.
The figures highlight the scale of the problems at Italy’s third-biggest lender, which received a 4 billion euro ($5.1 billion) state bailout last month, according to Reuters.
Read More @ FoxNews.com 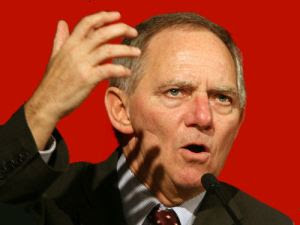 The fact that the German Finance Minister Wolfgang Schaeuble has come out stating that savings accounts within the Eurozone are “safe” claiming  that Cyprus was a “special case” and not a template for future rescues, proves that in fact the Eurozone deposits are ABSOLUTELY NOT SAFE! You never state a negative unless there is reason to do so. This is like Clinton – I did not have sexual relations with that girl announcement. In Japan, they assumed the Supreme Court ruled that oral sex is not really sex. I had to explain the Supreme Court made no such ruling.

The whole purpose of the Eurozone was a GUARANTEE that there would NEVER be any default. There was a default so just admit Europe had sexual relations with Cyprus and didn’t even leave a €1 tip. They selected Cyprus because (1) there were $4 billion in Russian deposits, and (2) it was attracting way too much money away from the main European economies that they were hunting down. Cyprus proved the G20 plan to confiscate deposits to pay off debt is alive and well. At least when Florence and Venice did forced loans compelling people to buy their bonds, they gave them something, then defaulted. Europe screwed Cyprus and gave nothing. Head to the stock market & real estate. This strategy was NOT to “stimulate” anything as the “spin doctors” are trying to claim. This is the next step in the Sovereign Debt Crisis before the wholesale defaults and the swap of currencies that is on the horizon. It was discussed at G20 levels because the USA had to write a $700 billion check to the NY bankers and they know they cannot do that again. So, the next time bankers lose your money trading their accounts, it will be the M.F. Global solution/Cyprus. 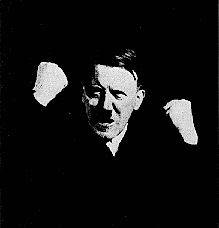 Even Adolf Hitler respected the sovereignty of Switzerland when he passed laws it was illegal for a German to have an account outside of Germany. Obama threatens to confiscate anyone who fails to report what Americans are doing and criminally prosecuted a Swiss bank for helping Americans. The Pope helped Jews escape Germany. Obama would arrest him today as a terrorist or conspiracy to money launder. The same is true of German and French politicians. Switzerland lost the ability to enforce its own laws and they treated the Vatican the same as Iran until they agreed to inform to whom every wire came from and was going to. Today, the world leaders make Hitler look like a respectful leader for they are far more ruthless, respect nobody but themselves, and diabolically untrustworthy. They will not respect the sovereignty of any nation when it comes to money. And Cyprus politicians showed whose side they are on – the political side AFRAID of German retaliation!!!!

IMF Proposes $1.40 a Gallon Gas Tax on US Drivers