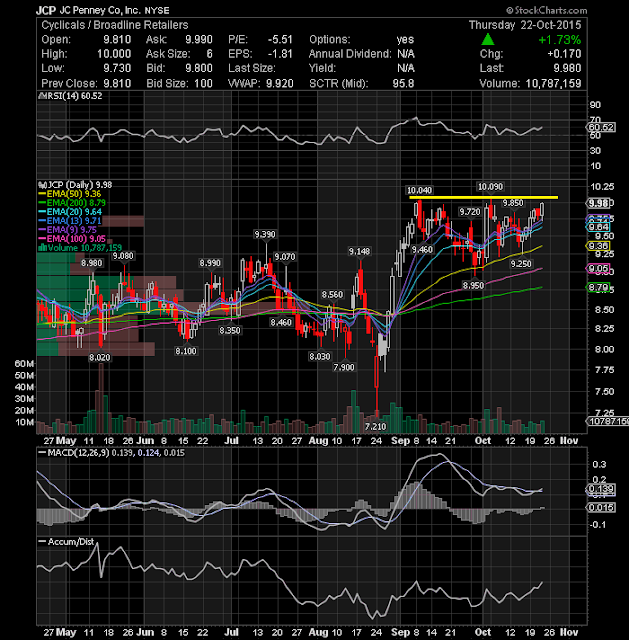 J C Penney Company Inc (NYSE:JCP) looks to have consolidated and may be getting ready for another leg higher. The stock needs to break out above $10.09 to go higher. 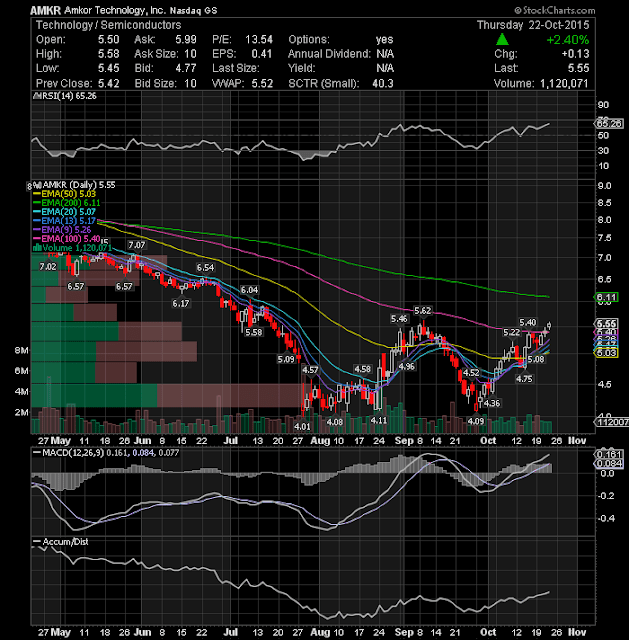 Amkor Technology, Inc.(NASDAQ:AMKR) looks ready to break a recent high of $5.62. Technical indicators are looking positive with the RSI and MACD rising. Keep it on your watch list going forward.
at 12:03 AM No comments: Links to this post

Nordic American Tankers Limited, a tanker company, engages in acquiring and chartering double-hull tankers. As of December 31, 2014, it owned 24 Suezmax crude oil tankers, including two new buildings under construction. The company was founded in 1995 and is based in Hamilton, Bermuda.
Take a look at the 1-year chart of Nordic (NYSE: NAT) below with added notations: 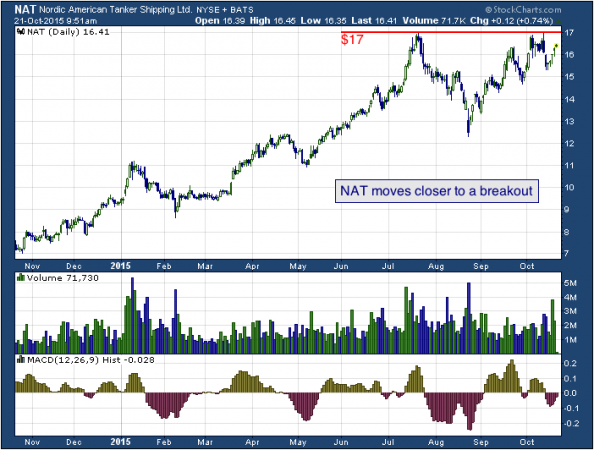 Overall, NAT has been trending higher throughout most of 2015. Twice over the past 3 months the stock has hit the same resistance at $17 (red). Last week the stock tried again to break above that mark, but failed once more. A close above the $17 should lead to a significant leg higher for NAT.

The Tale of the Tape: NAT has a 52-week resistance at $17. The possible long position on the stock would be on a breakout above that level with a stop placed under it.
at 12:03 AM No comments: Links to this post 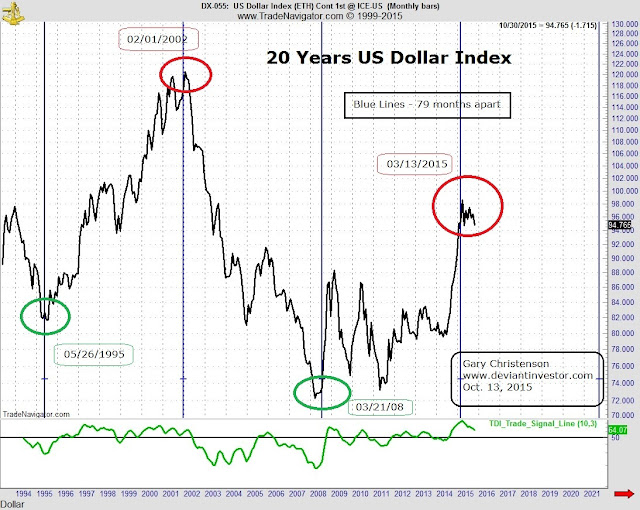 Note that the vertical blue lines are 79 months apart and show approximate low, high, low, and high cycle extremes.  I have noted the dates for the weekly low and high closes near the green and red circles.  (more)
at 12:03 AM No comments: Links to this post 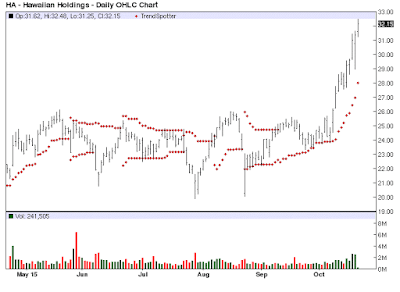 
Fundamental factors:
at 12:03 AM No comments: Links to this post