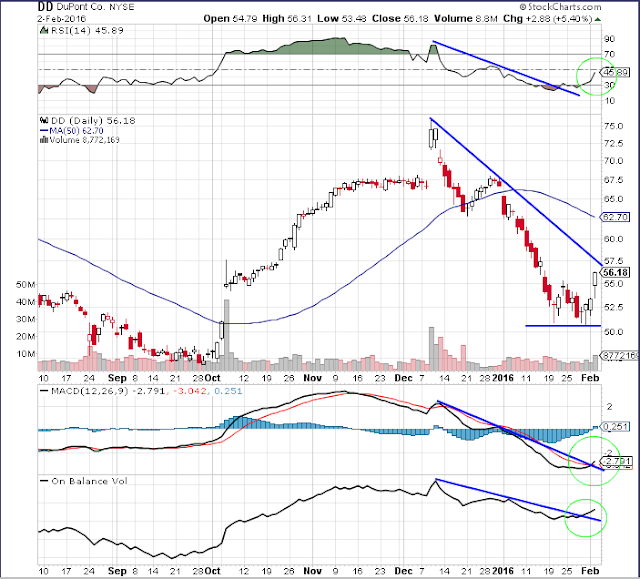 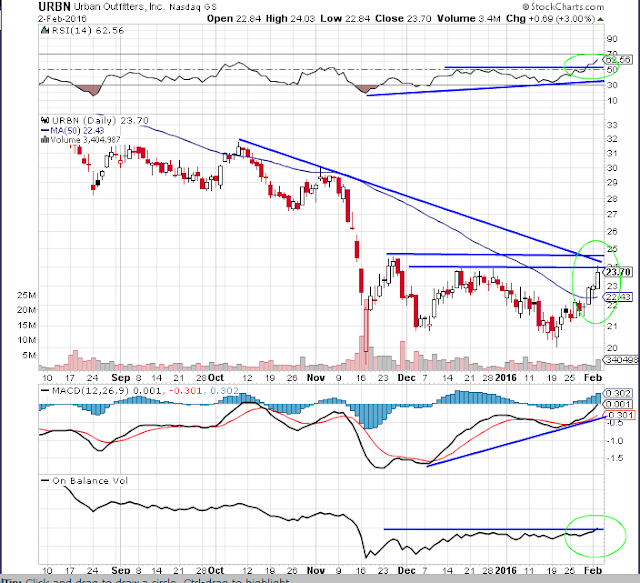 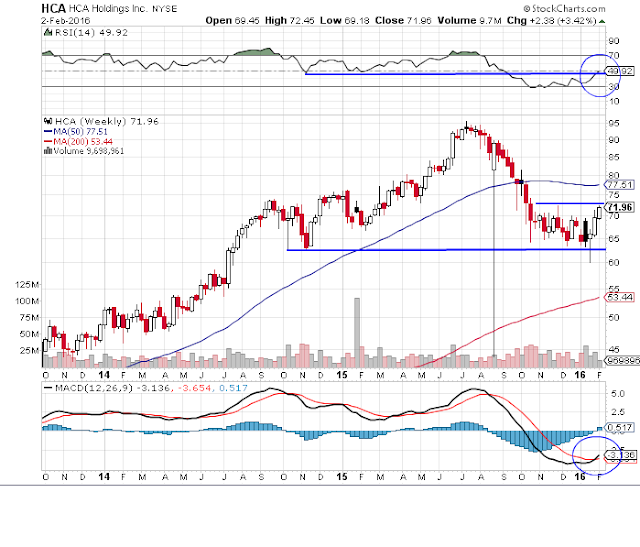 The Buckle, Inc. operates as a retailer of casual apparel, footwear, and accessories for young men and women in the United States. It markets a selection of brand name casual apparel, including denims, other casual bottoms, tops, sportswear, outerwear, accessories, and footwear. The company operates stores under the Buckle and The Buckle names. The Buckle, Inc. also sells its products through its Website, buckle.com. As of March 24, 2015, it operated 462 retail stores in 44 states.
Take a look at the 1-year chart of Buckle (NYSE: BKE) below with my added notations: 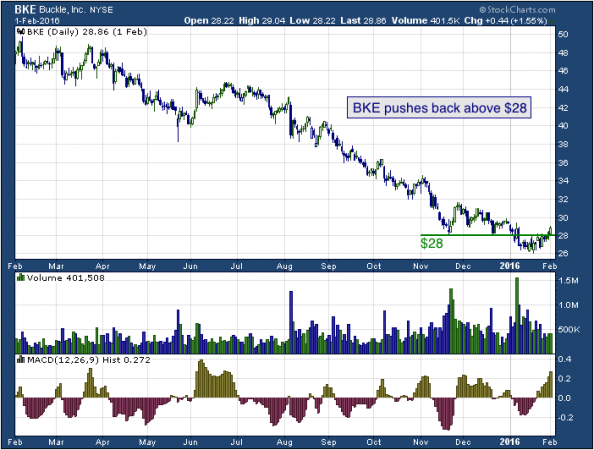 BKE’s trend has been very simply a down one. However, over the past few months the stock has created a key level of resistance at $28 (green), which you can see was a key support back in November and December. A break above that $28 level should mean higher prices for the stock, and last week BKE finally broke that resistance.

The Tale of the Tape: BKE broke through its key level of resistance at $28. A long trade could be entered on a pull back down to that level. However, a break back below $28 could negate the forecast for a higher move and would be an opportunity to get short the stock.
at 12:03 AM No comments: 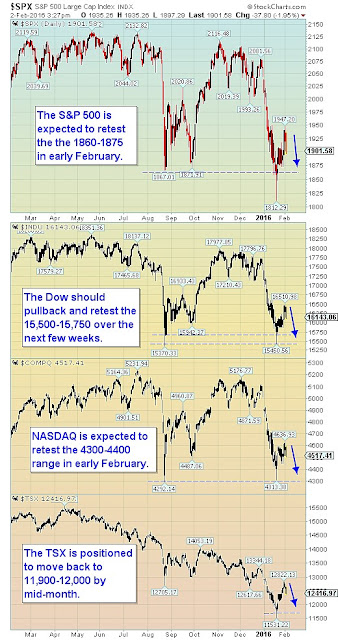 North American markets found support in mid-January after three weeks of sharp declines. However, after a brief rebound, those key support levels are expected to be retested again in February.
The S&P 500 has bounced off of the 1860-1875 range three times in the last 6 months.

Now that the rebound rally has stalled and rolled-over, the index is expected to retest the support range again over the next week or two.

With the recent roll-over, the Dow is now expected to pullback to those levels over the next few weeks.

NASDAQ has also rebounded from a previous low (4,292 in August) last month. We anticipate the index will retest the 4,300-4,400 band over the next few weeks.

For the TSX, the mid-term trend still remains down. The index has posted a series of lower lows and lower highs over the last 8 months.

The most recent trough in January, produced a short-term bounce that has now stalled and rolled-over.

Bottom line: The U.S. markets are expected to retest significant support levels over the next 1 to 2 weeks.

The TSX should also find underpinning at the mid-January support level.