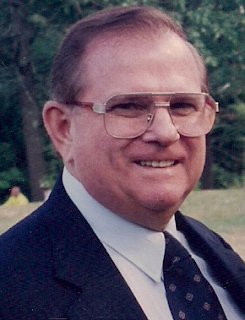 Bob Chapman died Monday, June 4, 2012
Bob Chapman, editor of the International Forecaster had been fighting pancreatic cancer. We will all miss him terribly. He was a hero in his tireless efforts to educate people of the world to the plans of the globalist banking cabal.
Bob’s Website: http://theinternationalforecaster.com/We have to honor those who endured making huge sacrifices, attempts on their lives, who were ridiculed and ostracized exposing the global elite and their corrupt system. Tom and Bob laid down the foundations and shared with us their research and knowledge needed to defeat the tyrants. These men must not be forgotten, their sacrifices cost them everything standing by the truth, let us and history hold them in high regard because they were TRUE PATRIOTS. They have passed the torch of liberty to us, so let’s show them that their work and sacrifice were not in vain. Condolences may be sent to the family at www.ottlaughlinfuneralhome.com

With continued volatility in major markets, as well as gold and silver, today King World News interviewed James Turk out of Europe. Turk told KWN, “if the central planners try to paper over the insolvency of governments and many of the big banks with more money printing, then gold, silver and the mining shares will rocket even higher than I can imagine.” Here is what Turk had to say about the recent action: “The significance of the big jump on Friday in gold, silver and the mining shares cannot be overstated, Eric. It was very important for a number of reasons. First, it was a continuation of the trend we spoke about on Thursday. The precious metals and the mining shares are showing clear, independent strength.”

“In other words, even though stock markets around the world the past few weeks have generally been in a nosedive, gold, silver and the mining shares are climbing higher. Independent strength like this is normally very bullish, and it bodes well for the precious metals and mining shares in the weeks and months ahead. It also suggests that, like last year, this summer is going to be another good one for the precious metals.

Agnico-Eagle Mines Limited is a Canada-based international gold producer with mining operations in northwestern Quebec, northern Mexico, northern Finland and Nunavut and exploration activities in Canada, Europe, Latin America and the United States. The Company operates through four segments: Canada, Europe, Latin America and Exploration. The company is a multi-mine international gold producer with five operating, 100% owned mines. The company's mines include the LaRonde Mine, Goldex Mine, the Lapa Mine, the Kittila Mine, the Pinos Altos Mine and Meadowbank. Meadowbank, in Nunavut, achieved commercial production in March 2010. During the year 2010, the company produced 985,460 ounces of gold.

To analyze Agnico-Eagle's stock for potential trading opportunities, please take a look at the 1-year chart of AEM (Agnico-Eagle Mines Limited) below with my added notations:

Over the last week or two, AEM has made a nice move higher against the overall market thanks to a corresponding move higher in gold. Specifically, you will notice the $40 support (blue) from back in November that became the $40 resistance (navy) from January through May. So, the $40 price was a key level to this stock. Last week AEM broke above the $40 resistance.

The Tale of the Tape: AEM has recently broke through its $40 resistance, thus should be moving higher. A long trade should be made at or near $40 with a stop placed under that level. A break back below $40 would negate the forecast for a move higher. 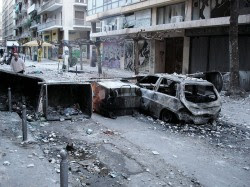 When the economy of a nation collapses, almost everything changes. Unfortunately, most people have never been through anything like that, so it can be difficult to know how to prepare. For those that are busy preparing for the coming global financial collapse, there is a lot to be learned from the economic depression that is happening right now in Greece. Essentially, what Greece is experiencing is a low level economic collapse. Unemployment is absolutely rampant and poverty is rapidly spreading, but the good news for Greece is that the global financial system is still operating somewhat normally and they are getting some financial assistance from the outside. Things in Greece could be a whole lot worse, and they will probably get a whole lot worse before it is all said and done. But already things have gotten bad enough in Greece that it gives us an idea of what a full-blown economic collapse in the 21st century may look like. There are reports of food and medicine shortages in Greece, crime and suicides are on the rise and people have been rapidly pulling their money out of the banks. Hopefully this article will give you some ideas that you can use as you prepare for the economic chaos that will soon be unfolding all over the globe.

The following are 10 things that we can learn about shortages and preparation from the economic collapse in Greece....

Most people assume that they will always be able to run out to their local supermarket or to Wal-Mart and get all of the supplies they need. (more)

AvalonBay Communities (NYSE:AVB) — This real estate investment trust (REIT) specializes in upscale apartment communities. An improving U.S. economy with high apartment occupancy levels should result in higher rental rates for AVB, and new development activities will be an important driver of earnings in 2012.

The 2012 forecast for funds from operations (FFO) per share has been adjusted upward to $5.40 versus $4.57 in 2011 since it was highlighted in our April Top Stocks to Buy. AVB also has a dividend yield of 2.84%, which is expected to increase.

On March 30, the stock broke from a multiple top with a trading objective of $150 and made it to over $149 before profit-taking and a broad market sell-off drove it down.

Martin Armstrong, noted market analyst extraordinaire, joined FSN for a far reaching interview about the current direction of the economic system and the future of the Euro, Gold and the Dollar. His new book is due out just before the election and it promises to be a real bombshell. Martin’s done what few people have had the desire or commitment to: he went back to the Great Depression and analyzed the sovereign debt defaults and the true underlying causes.While this time is definitely different, there are many striking parallels. Sovereign debt defaults are the rule, not the exception, this time as well as last. The politician’s inability, lack of desire and incomprehension are the same this time as well. The attempt to print the world’s way out of the jam is another recurring theme. Which just proves that the more things change, the more they stay the same. Try telling that to Congress!

The "Chart of the Day" is Aqua America (WTR), which showed up on Monday's Barchart "52-Week High" list. Aqua America on Monday posted a new 16-month high of 23.56 and closed +1.73%. TrendSpotter has been long since April 27 at $22.56. In recent news on the stock, Aqua America on May 2 reported Q1 EPS of 27 cents versus the consensus of 22 cents. Aqua America, with a market cap of $3.2 billion, is the largest publicly-traded U.S.-based water utility serving residents in Pennsylvania, Ohio, Illinois, Texas, New Jersey, Indiana, Virginia, Florida, North Carolina, Maine, Missouri, New York, South Carolina and Kentucky.