NRG: NRG Energy, Getting Ready to Break Out to Higher Prices? 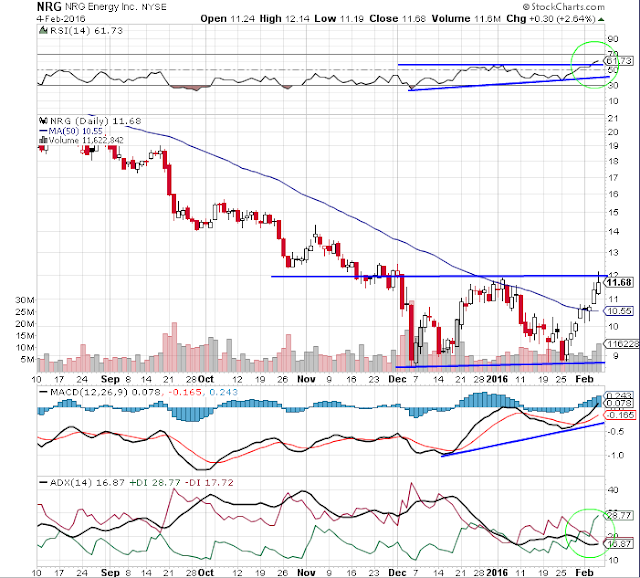 TCK: Teck Resources Breaks Out, Are Higher Prices Ahead? 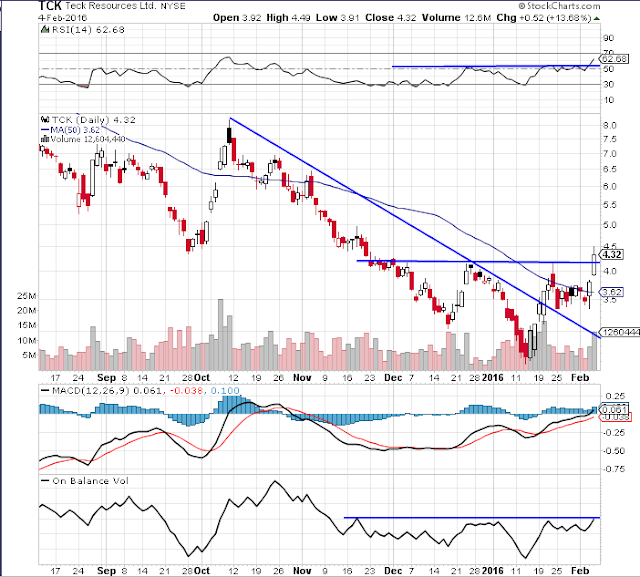 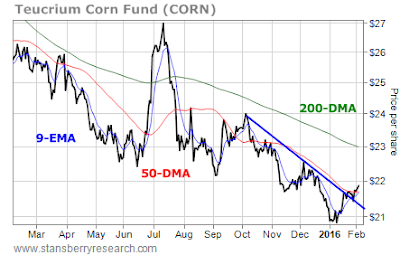 The bull market in stocks is over.
But a new bull market might be getting started in another sector.
Let me explain...
Agricultural commodities – or "ags," as traders like to call them – have been beaten up over the past four years. The price of wheat, for example, is down 50% since it peaked in 2012. Corn is down 60%.
But the recent action in these ags has been positive. And the charts are setting up for a new rally phase.
Take a look at this chart of the Teucrium Corn Fund (CORN), an exchange-traded fund ("ETF") designed to track the price of corn...(more)
at 12:03 AM No comments: Links to this post

NetEase, Inc., through its subsidiaries, operates an interactive online community in the People’s Republic of China. The company operates in three segments: Online Game Services; Advertising Services; and E-mail, E-commerce and Others. It offers massively multi-player online role-playing games and mobile games; and distributes its point cards to gamers across China, as well as through wholesalers, Internet cafés, software stores, supermarkets, bookstores, newspaper stands, and convenience stores primarily in Guangzhou Province, Shanghai, and Beijing.
Take a look at the 1-year chart of NetEase (NASDAQ: NTES) with the added notations: 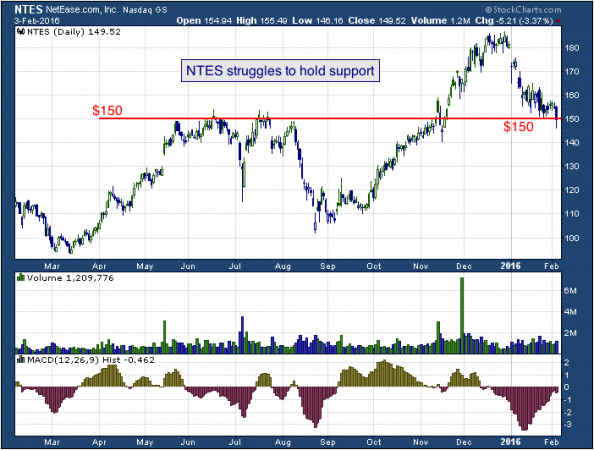 After repeatedly struggling to break the $150 level (red) back during the summer of 2015, NTES finally broke through that level this past November. The stock peaked around $185 and has since pulled back to the old $150 breakout point. NTES has found support at $150 a couple of times over the past couple of weeks, but yesterday the stock closed just below that mark.

The Tale of the Tape: NTES failed to hold its $150 support yesterday. A trader could enter a short position near $150 with a stop placed above the level. If the stock were to break back above the $150 level, a long position might be entered instead.
at 12:03 AM No comments: Links to this post