Ben Davies – The Gold & Silver Liquidation is Over

With continued uncertainty in markets around the world, today Ben Davies, CEO of Hinde Capital wrote the following piece exclusively for King World News. Davies believes the gold and silver liquidation is over: “I humbly believe the seller is done. For one week there has been several but mainly one entity selling Comex gold futures, as well as some physical to liquidate on the open and closes. This suggest to us it was a CTA commodity type fund. They use volume areas of the day to transact.”

“The sell-off in gold is reminiscent of the 2008 deleveraging process but it is more similar in dynamics to 2012 when a notable fund manager had to sell his gold/ ETF holdings. There were buyers of course, seller and buyer volumes must match. But the need to sell overwhelmed the need to buy.

When you have redemptions time is against you to liquidate, so it becomes a case of sell at any price as time becomes finite. Gold buyers picked up some bargains then and they will now.

Before FOMC minutes two nights ago the seller was back at the close. And then the FOMC minutes changed the dynamic of market with the mention by some members that QE would be back if they saw renewed economic weakness. This is the association for us all of why the market stopped going down but in truth the seller was done.

Like the December experience, once the seller is done, the market will snap back. We run intraday correlations just to observe if markets are starting to fibrillate against each other. We could see that risk assets were diverging and SPX was no longer moving with a 1.0 correlation with gold and silver. We took this as a positive sign that the precious metals were decoupling from risk assets.

The seller was being soaked up by multiple buyers. But all week we saw no significant Asian buying until two nights ago when the market went straight up yesterday on the open of the Asian morning.

What Facebook isn’t telling you about its risky ad business 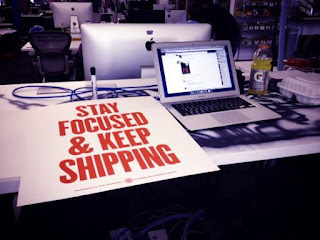 In its IPO filing Wednesday, Facebook identified mobile’s limited revenue potential, competition from other social networks, and the potential loss of advertisers as factors that could seriously harm its business. But was the social networking company, which relied on advertising for 85 percent of its revenue in 2011, forthcoming enough about the real risks associated with its primary money-maker?

“The issue of click-through rate was not mentioned as a risk in the S-1,” said Peter Adriaens, a professor of entrepreneurship at the University of Michigan’s Zell Lurie Institute for Entrepreneurial Studies. That omission stood out for the Internet IPO expert because research suggests that the percentage of Facebook users who actually click on ads is quite low, and that means advertising dollars could eventually drop.

Facebook does not publish its average click-through rate (CTR), but independent analysis from Webtrends on more than 11,000 Facebook campaigns showed that the average CTR for Facebook ads in 2010 was 0.051 percent, which is about half the industry standard CTR of 0.1 percent. The rate, according to the Webtrends report, dropped from 0.063 percent in 2009, which points to a downward trend. (more)

State of the Silver Market MAY 2012 – David Morgan of Silver-Investor.com Interview

As a prelude to a broader analysis of China’s GDP, and the accuracy of its official GDP figures, I want to start by examining the national real estate statistics for the first four months of 2012. This discussion feeds into the broader GDP picture, but the property story that has been unfolding is important and interesting enough to be worth taking a close look at on its own.

Getting an accurate view of the property sector is complicated by the fact that neither the official price index, nor the Soufun price index, nor the average price/square meter that can be calculated from the investment numbers seem to track very well with each other or with point-of-sale impressions of steep developer discounts over the past eight months. Developers and local governments also enjoy a great deal of discretion in deciding what to count as a “start” or a “completion.” Monthly data releases are never revised, which often gives rise to huge corrections that are simply lumped into the end-year December data release, giving a distorted impression of how trends are unfolding (so, for instance, the 19% drop in property starts in December 2011 probably wasn’t as sudden as it appears, and more likely reflected an unreported decline spread over several preceding months). (more)

Well, once again we enter the summer months with the market roiling with volatility and fears of a sovereign debt catastrophe. The red-hot financial sector has crashed back to earth, tech stocks are rotating out of favor and defense is the new offense.

Many conservative, long-term investors know the most stable stocks on Wall Street tend to be big blue chips with massive brand recognition and a hefty dividend yield. While there are a lot of sexy names getting press right now — like Facebook (NASDAQ:FB) and its massive IPO on May 18 — there is nothing wrong with a slow trickle of income and a stable blue-chip company that will ride out any rough going this summer.

It’s the classic tortoise vs. the hare scenario. You can flail around banking on sector rotation or a rebound in gold or the next high-growth small-cap stock that will deliver big gains before flaming out — or, you can steadily grow your retirement funds in tortoise-like blue chips that plod along slowly and safely retreat into their shell when times are tough.

If you’re looking for a “tenbagger” or overhyped penny stocks, this list is not for you. But if you believe income is important and that slow and steady wins the race, here are the top 10 dividend stocks in the Dow Jones Industrial Average, ranked by yield: (more)

John Hathaway: “This Is The Bottom For Gold”

In an interview with Louis James, John Hathaway discusses the US’s economic outlook and why he’s delighted by the current bearish sentiment toward gold.