SolarCity (NASDAQ: SCTY) Stock Could Soar 60% as the Bulls Come Back Around 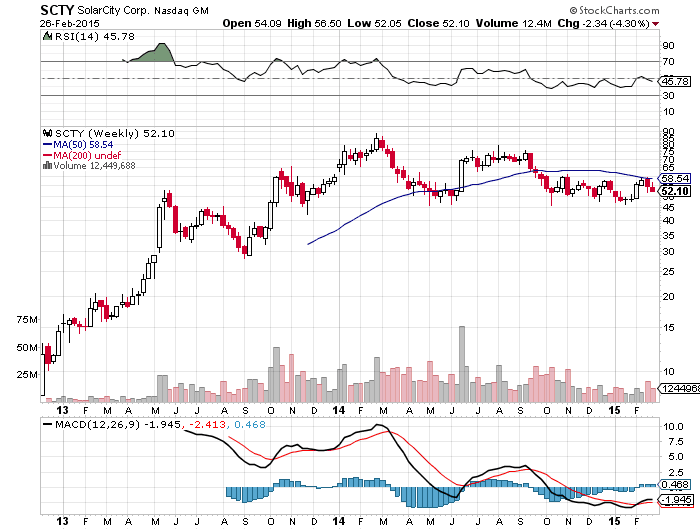 Boom or bust. Those are the contrasting views investors seem to hold for clean energy provider SolarCity (NASDAQ: SCTY). The company -- and its business model -- have been fodder for both bull and bears.

Right now, it looks like the bears are holding sway, as shares of this controversial stock have plunged 40% in the past year. Yet, I believe the bulls will have the last laugh. (more) 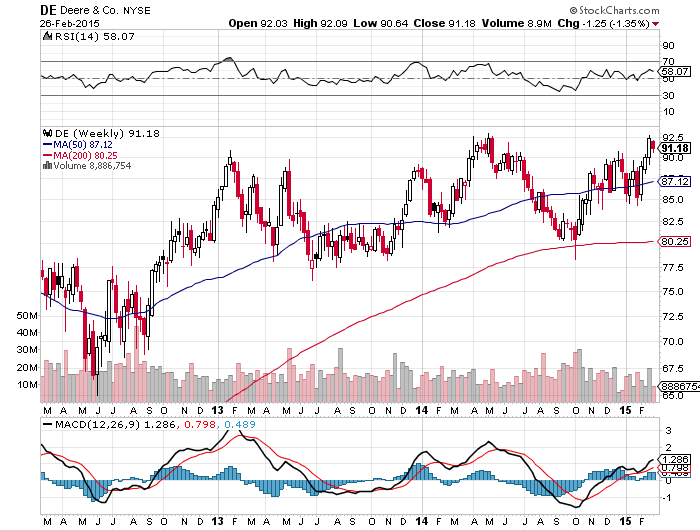 Alright Bubba, hop in your pickup truck and crank up the Patsy Cline.
Because you’re going places, my friend…
The middle class in rural America is coming back—the same folks who were hit hardest by the Great Recession. And it represents one of the largest (and most profitable) market trends today.
In fact, you can ride this wave for an easy double-digit gain…
What’s causing it? Cheap gas, low interest rates and rising wages. That means the good ol’ boys have more cash in their pockets. And companies catering to them are taking off.
(more)
Please share this article
at 12:03 AM No comments: Links to this post

Bonanza Creek Energy, Inc., together with its subsidiaries, operates as an independent energy company in the United States. The company is primarily engaged in the acquisition, exploration, development, and production of onshore oil and natural gas assets in the Wattenberg Field in Colorado and the Dorcheat Macedonia Field in Southern Arkansas. It also owns and operates oil-producing assets in the North Park Basin in Colorado; and the McKamie Patton Field in Southern Arkansas.
Take a look at the 1-year chart of Bonanza (NYSE: BCEI) below with my added notations: For the most part, BCEI has been trending lower for the last 7 months. However, during the most recent 4 months the stock has had a tendency to create key price levels at the increments of $5 (blue). For example, the current level of resistance is $30. Next, you can see that $35 was the previous support back in October and November, while recently the $20 and $25 levels have both been hit as either support or resistance.

The Tale of the Tape: BCEI is approaching its key level of $30. A long trade could be made on a break above that level with a stop placed under it. A short trade could be made at $30 with the expectation of a fall down to the next $5 level at $25.
Please share this article
at 12:03 AM No comments: Links to this post

zerohedge.com / by Tyler Durden on 02/26/2015 15:15
When it comes to the sellside putting up ludicrous upside price targets on any stock, and especially cult-favorite Apple, the media world is all smiles: after all, with AAPL once again the defining stock of the Nasdaq, and on many low volume days determining how the entire S&P trades, what can go wrong if everyone is invested in one company (and according to Goldman, most hedge funds already are). However, dare to suggest that the price of a company whose forward earnings multiple has more than doubled in the past two years, is massively overbought and prepare to suffer the full wrath of the Apple Borg collective, also known by the NSA as “zombies who are paying customers.”
Which is why few if any ever dare to go against the wisdom, or madness, of the crowd. After all, there is safety in numbers, and if one analyst is wrong (on Apple or anything else for that matter) they will all be wrong, so there will be no individual blame (one of the main reasons why nobody has gone to prison over the first Great Financial Crisis).
READ MORE
Please share this article
at 12:03 AM No comments: Links to this post