Three Stocks That Could Double Your Investment: DSCI, NEWM, OPWR 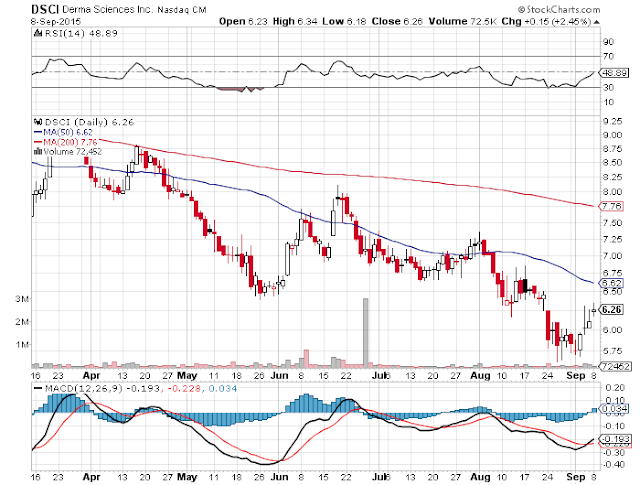 It's true that a swing-for-the-fences approach is a very risky way to invest. When you find such golden opportunities, you should always make a modest investment. Any stocks with potentially robust upside usually often possess a lot of downside risk as well.
Yet there are ways to mitigate risk when pursuing stocks with high upside. If they already sport low valuations, or if they have very strong balance sheets, they likely have limited downside. In effect, such stocks already reflect ample negative sentiment, and with a few helpful catalysts, can quickly move back into favor.  (more)
at 12:03 AM No comments: Links to this post

One of the Best Opportunities When the Market Recovers 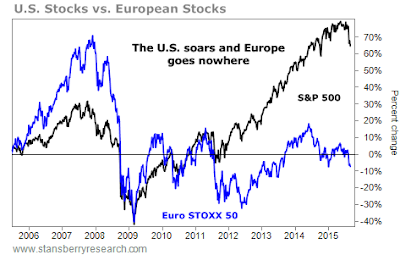 It’s a scary time to buy stocks…
Markets around the world are breaking down. But as we’ve written recently (here and here), this volatility is likely overdone. And it’s creating real opportunities.
Most investors are focused on the U.S. today. But one of the biggest opportunities isn’t at home… It’s in Europe.
Let me explain…(more)
at 12:03 AM No comments: Links to this post

Oasis Petroleum Inc., an independent exploration and production company, focuses on the acquisition and development of unconventional oil and natural gas resources in the North Dakota and Montana regions of the Williston Basin. The company’s principal projects are located in West Williston and East Nesson. As of December 31, 2014, it had 505,503 net leasehold acres in the Williston Basin; and approximately 272.1 million barrels of oil equivalent of estimated net proved reserves. The company sells its oil and natural gas to refiners, marketers, and other purchasers that have access to pipeline and rail facilities.
Take a look at the 1-year chart of Oasis (NYSE: OAS) below with added notations: 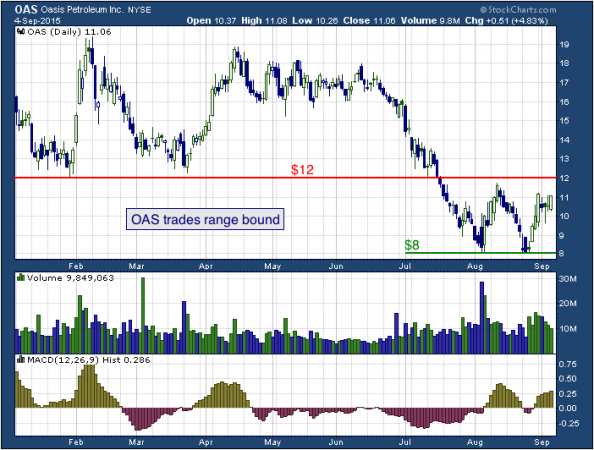 After a persistent selloff in June and July, OAS has started trading sideways over the past month. While in the sideways move, the stock has formed a key pair of price levels that are worth watching. OAS has a resistance at $12 (red), which was also support earlier in the year, and an $8 support (green). At some point one of those levels will have to break.

The Tale of the Tape: OAS is trading inside a trading range. The possible long positions on the stock would be either on a pullback to $8 or on a breakout above $12. The ideal short opportunity would be on a break below $8.
at 12:03 AM No comments: Links to this post