T. Boone Pickens On The Best Commodities To Invest In Now

Known for his saying that "the first billion is the hardest," oil billionaire T. Boone Pickens addressed the Stansberry Society Conference in Dallas at the end of May with a plea for a national energy plan that takes advantage of the billions of barrels of oil being produced each day in the U.S. for domestic use. First addressing the audience, and then in conversation with event host Porter Stansberry, followed by an all-star energy investing panel, the Pickens Plan advocate was optimistic about the prospects for growing the country and individual investment portfolios through smart use of natural resources.

A "Margin Call" on American Homeowners

Get ready. There's more trouble ahead for home buyers, home builders, and especially homeowners who took out home-equity lines of credit before the housing crisis. Those heydays have turned into haymakers.
What's already started to happen might not only knock out the formerly aspiring but now petering-out housing recovery, but also might knock the already weak economy to the ground.
Back in the good old days, when banks and mortgage shops were selling mortgage money and home-equity credit lines like carnival barkers wowing crowds into the big top, millions of homeowners stepped right in.
That circus tent was nothing but a trap, however. And now I'm going to tell you what that trap means for those borrowers... and the rest of the economy...(more)

ETFs that Investors Should Have in Their Portfolios 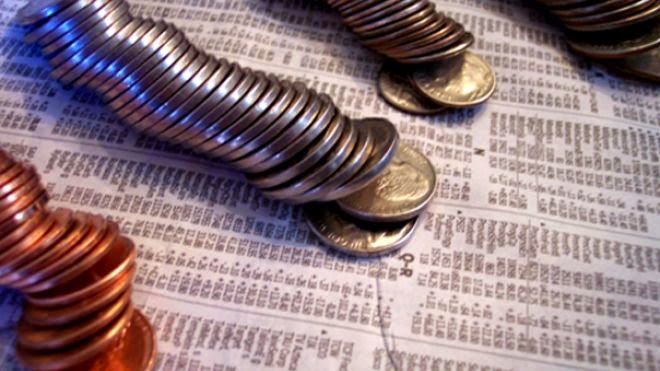 Not so long ago, in 1993, the exchange-traded fund, or ETF, made its debut in the U.S. It was a puny new runt on the investing block, staring up at the behemoth known as the mutual fund.
But ETFs have matured and are now the investment of choice for many people.
A recent study by Vanguard concludes that investing in ETFs has grown popular due to several factors, including their lower costs and greater trading flexibility when compared with mutual funds.
Bankrate asked five professional money managers to offer their take on core portfolio holdings that all investors should own. Following are their recommendations.  (more)

Over a million ounces of platinum have been lost to the South African mining strike.
The strike is one of the longest and costliest in recent history.

Estimates suggest that a global shortfall of 1.22 million ounces now exists.
As you can imagine, platinum prices have pushed vertical to $1,727 an ounce.
Platinum, the most precious of metals, now enjoys the widest spread to gold prices ($88.85) since August 2011.

There’s a pot o’ gold sitting at the end of this strike. In fact, this is one of the easiest profit plays I’ve seen in the last five years.
Hint: What’s the one thing in the world that can’t exist without platinum?

The answer? Fuel cells!
The fuel cell industry was cruising along prior to the strike.
In fact, with virtually no fanfare, it was among the top-performing niche industries in the market, as evidenced by the Nasdaq OMX Fuel Cell Total Return Index (^GRNFUELX).

Then the mining strike hit, and the bottom fell out of the rally (like a falling piano).
You see, platinum is critical to the production of fuel cells. In fact, the properties in platinum that fuel cells depend on can’t be replaced by any other resource on Earth.
Platinum helps generate power through the electrochemical reaction of oxygen and hydrogen.
The unavoidable reality is that higher platinum prices will hit fuel cell manufacturers where it hurts most – their bottom lines.
Companies like Ballard Power (BLDP), ITM Power (ITM.L), Hydrogenics (HYGS), Quantum Fuel Systems Technologies Worldwide (QTWW), FuelCell Energy (FCEL) and AFC Energy (AFC.L) have all experienced dramatic declines in their share prices.
Remember, before the strike, these companies were the darlings of the stock market.
So what do you think is going to happen when the miners get back to mining?