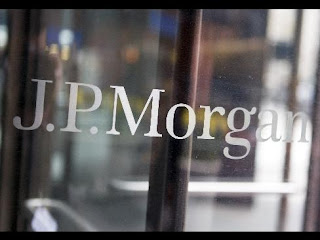 The four biggest U.S. banks by assets may have to take writedowns on $55 billion of mortgage- collection contracts after marking them up by $11 billion in the second quarter, casting a shadow over earnings.

Bank of America Corp., JPMorgan Chase & Co., Citigroup Inc. and Wells Fargo & Co. wrote up the value of the contracts, known as mortgage-servicing rights or MSRs, by 26 percent in the quarter as mortgage rates climbed by about 0.35 percentage point. Net gains on the contracts added more than $1 billion to Wells Fargo’s record earnings in the quarter and $1 billion to JPMorgan’s first-quarter profit. (more)

Arni Hallgrimsson lost his job as a public relations consultant when Iceland’s three biggest banks collapsed last year, putting him out of work for the first time since 1980. After a stint cleaning the docks at a whaling station during the summer hunt, he’s unemployed again.

“Nightmares come to an end when you wake up, but this one just goes on and on and on and on,” the 53-year-old father of three said at his home in Reykjavik, Iceland’s capital. “I’ve applied for many jobs that fit my profile. Sometimes I’ve been on the short-list, but eventually not been offered the job.”

A year after the banking crisis brought Iceland to the brink of bankruptcy, the island nation is mired in the deepest recession among advanced economies. The stock market has lost 97 percent of its value, and more than 780 companies have buckled under the weight of foreign currency loans as the krona plunged. Consumers refuse to borrow at Europe’s highest interest rates, and international banks reject requests for new financing. (more)

Jim Rogers "Quite Sure" Gold Will Hit $2000, Dollar Will Lose Reserve Status

Famed investor Jim Rogers is "quite sure gold will go over $2000 per ounce during this bull market."

Rogers' confidence gold will continue to rally stems from a view the U.S. dollar is on its way to losing status as the world's reserve currency.

"Is it going to happen? Yes," Rogers says. "I don't like saying it [and] I'm extremely worried about it but we have to deal with the facts. America is not getting better [and] the dollar is going to be replaced just like pound sterling [was]."

Rogers didn't offer a timetable, and it's likely gold would exceed $2000 per ounce if the dollar were to lose its reserve status. (more) 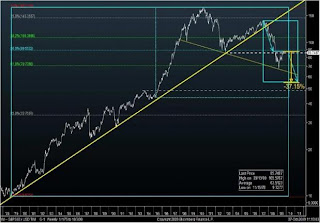 And here you were thinking that the market's collapse had taken only six years or so off the value of your nest egg.

As we've noted often in recent days, since your government is quietly destroying the value of the dollar (ostensibly to save your ass), the actual dollar-adjusted value of the S&P 500 is back to 1996 levels. Even after the recent 60% recovery!

The battle to reform the American banking system needs to include reimposing the barrier between investment banking and depository banking (Glass-Steagall), pay incentives based on what is best for Americans and not just the top executives, the end of too big to fail, and other changes which are frequently discussed by financial writers. These are vital issues.

But there is more to the battle for reform than you might know.

New York Versus the Rest of the Country

If you are happy with the banking system, and don't think it needs to be reformed, then you probably work for one of the banks headquartered in New York. (more)
at 5:03 AM No comments:

The Next Stage Of Deleveraging Means Return Of The Great Depression 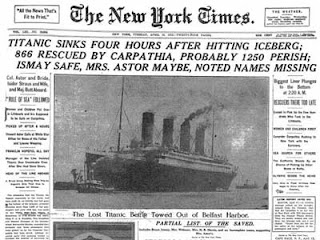 At the FT, economist Thomas Palley goes metaphor crazy arguing that we're heading for a double dip, and that the possibility of a Second Great Depression should not be written off.

Deleveraging can be understood through a metaphor in which a car symbolises the economy. Borrowing is like stepping on the gas and accelerates economic activity. When borrowing stops, the foot comes off the pedal and the car slows down. However, the car’s trunk is now weighed down by accumulated debt so economic activity slows below its initial level. (more)

About 30% of foreclosures in June involved homes in the top third of local housing values, up from 16% when the foreclosure crisis began three years ago, according to new data from real-estate Web site Zillow.com. The bottom one-third of housing markets, by home value, now account for 35% of foreclosures, down from 55% in 2006.

The report shows that foreclosures, after declining earlier this year, began to accelerate in the late spring and that more expensive homes have more recently accounted for a growing share of all foreclosures. "The slope of that curve in recent months is much sharper than it was recently," said Stan Humphries, chief economist for Zillow. Rising foreclosures among more-expensive homes could create added pressure for a housing market that has shown signs of stabilizing in recent months as sales of lower-priced homes pick up. (more) 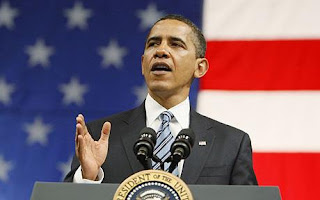 Former White House speechwriter John L. Perry has courted controversy by suggesting that the U.S. Military, upholding their oath to defend the Constitution against domestic enemies, could stage a bloodless coup to oust President Obama.

In an article originally posted on the Newsmax website, Perry wrote, “There is a remote, although gaining, possibility America’s military will intervene as a last resort to resolve the “Obama problem.” Don’t dismiss it as unrealistic.”

Despite the fact that Perry was not explicitly advocating such a coup, Newsmax later removed the article to ensure it “was not misinterpreted”. (more)

Bob Chapman, The Rally Will Soon Be Over

The bear market rally will soon be over. It rallied 1,300 Dow points that it should have. All the back up data as to why this is in process was included in the last issue. The rally induced many investors to stay long and they did recoup as much as 80% of their losses in some instances. Now it is time to exit and move into gold and silver shares. Probably the biggest key is that gold recently spent two weeks above $1,000 and we believe gold is prepared for a breakout that will take its price anywhere from $1,200 to $1,700 an ounce. Gold’s long-term reverse head and shoulders pattern, one of the most powerful patterns in charting is in a breakout mode.
Yields on some short-term bills are so low we do not understand why anyone would buy them. Could Weimarization be just around the corner? The reality of investment today is that there is only one place to be and that is in gold and silver related assets. (more)
at 4:25 AM No comments:

Bob Lutz: GM Is Roaring Back

General Motors has taken the steps that will foster its recovery, says Bob Lutz, vice chairman of marketing and communications for the company.

Lutz is a longtime car executive, having held leading positions at all three big U.S. automakers in a career dating back to the early 1960s. With the departure of former GM CEO Rick Wagoner, many have looked to Lutz to help new CEO Fritz Henderson rebuild and reorient the flagging U.S. auto giant.

“In September (GM) sales were pretty much back to the previous numbers,” he told Dan Mangru of Moneynews.com.

“For fast-moving models that are in very high demand, we have no inventory.” (more)