Best Stock Market Indicator: At 72% with All Secondary Signals Positive

As we all know, the key to successful investing is very simple: "Buy low, sell high."

However, you enter a chaotic, fun-house world of uncertainty once you ponder the logical follow-up question: "When?"

The $OEXA200R (the percentage of S&P 100 stocks above their 200 DMA) is a technical indicator available on StockCharts.com used to accurately forecast conservative entry and exit points for the stock market.
More...
at 12:08 AM No comments: Links to this post

James Turk: Founder & Chairman of Goldmoney.com - James has written “The Freemarket Gold & Money Report,” an investment newsletter since 1987. James has specialized in international banking, finance and investments since 1969. His business career began at The Chase Manhattan Bank (now JP Morgan Chase Bank). He subsequently joined the investment and trading company of a prominent precious metals trader based in Greenwich, Connecticut then moved to the United Arab Emirates to be appointed Manager of the Commodity Department of the Abu Dhabi Investment Authority, until resigning in 1987. (click here for audio)
at 12:06 AM No comments: Links to this post

Philip Morris (NYSE:PM), through its subsidiaries, manufactures and sells cigarettes and other tobacco products. Its portfolio of international and local brands include Marlboro, Merit, Parliament, Virginia Slims, L&M, Chesterfield, Bond Street, Lark, Muratti, Next, Philip Morris, and Red & White. The company was created after the spin-off of Altria’s (NYSE:MO) international operations in 2008.

The spin-off was orchestrated in an effort to separate international operations from regulation and litigation risk in the US.

Philip Morris International has managed to boost distributions in each year since the spin-off. Quarterly distributions have increased from 46 cents/share in 2008 to 77 cents per share in 2011. I expect low double digit growth in distributions over the next five – ten years. This will be driven by strong performance by company’s brand name products globally, which will drive profitability higher. 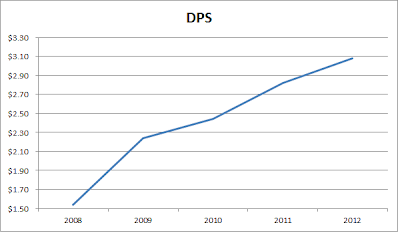 The growth in earnings per share will be driven by several factors. The company expects to generate 10% to 12% annual growth in earnings through its cost reduction programs, acquiring companies internationally as well as innovating in growing markets in order to position itself favorably. (more)

What Is the Status of the Real Unemployment Debate?

Plumer was responding to a report from the Bureau of Labor Statistics that the US economy added a disappointing 163,000 jobs in July. The unemployment rate traveled up from 8.2 percent to about 8.3 percent.

This set off a flood of articles in the mainstream media that interpreted this figure as negative, inconsequential or possibly "good news" for President Barack Obama's re-election campaign.

In this article, I want to show why a much deeper discussion should be taking place.

But first, I'll examine several issues around which the current "mainstream" debate is occurring.

It is, to be sure, a kind of dominant social theme, of course ... that the White House is engaged in frantic efforts to reduce the unemployment problem in the United States and that Obama's re-election chances hang in the balance.

Plumer has decided, presumably with the approval of his editors, that Congress and government are not doing enough to help the economy. That's why unemployment remains "stubbornly" high. (more)

In recent postings, I've been hitting on the world's pension problems fairly heavily, probably because, like all Baby Boomers, I'm getting close to "my time". I found this study entitled "The Current State of Canadian Family Finances 2011 - 2012" on the website of the Vanier Institute of the Family, a Canadian institution whose mission it is "to create awareness of, and provide leadership on, the importance and strengths of families in Canada and the challenges they face in their structural, demographic, economic, cultural and social diversity.".
In this report, the 13th annual of its type, the author, Roger Sauve, studies the impact of Baby Boomers on Canada, the Canadian economy and how they/we are impacting the ability of the next generation to work. As well, the study examines how household debt has risen and how family net worth has declined. For this posting, I'm going to focus on the impact of the Boomers and the issues that they are facing.
As we have seen with recent data releases from Statistics Canada, the job picture in Canada is not really improving, particularly for young Canadians between the ages of 15 to 24. During the post-Great Recession downturn, this age group saw 229,500 jobs disappear, more than half of all jobs lost during the downturn. Since the worst of the recession in July 2009 (the official "end"), youth unemployment has improved very slightly with the addition of only 1300 net jobs. Let's compare these statistics to those for Canadians 55 years of age and older. During the period of time when younger Canadians saw 229,500 jobs disappear, employment among those 55 and older rose by 83,100! As well, while young Canadians have only seen a net addition of 1300 jobs since the end of the Great Recession, older Canadians saw employment rise by 350,000, representing more than half of all the net jobs created since the bottom of the recession. (more)

Przemyslaw Radomski: So, gold didn’t move below $1,500 and it rallied recently – the worst is behind us, right? It might be, but there are reasons to think otherwise and in today’s essay we will feature two charts (courtesy by http://stockcharts.com) that should make you think twice before investing your whole capital in the gold market.

The first one features the Dow:Gold ratio.

The ratio appears to have broken above the declining resistance line. This is a bearish sign for gold relative to stocks, as it indicates that stocks will outperform the yellow metal. Please note that gold topped when this ratio bottomed and as the latter rallied, the former declined. (more)
at 12:03 AM No comments: Links to this post