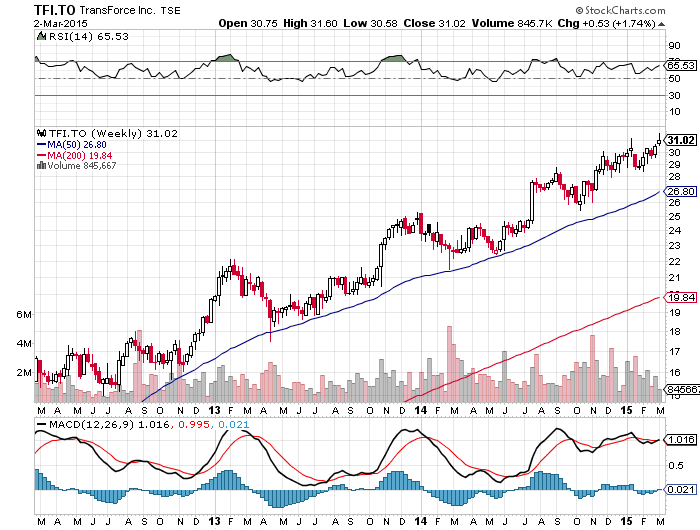 We asked our best analysts to share their favourite stocks this month. Here are their picks.

With Transforce now taking time to digest its acquisitions—the most recent being the $495 million takeover of rival Contrans Group Inc.—the company has available several catalysts to boost share price. The Contrans acquisition alone is expected to be 17% accretive to EPS once fully integrated. In addition, Transforce is considering spinning off its Truckload segment, so it can focus more on its rapidly growing Package & Courier segment. This spin-off should unlock significant value. (more) 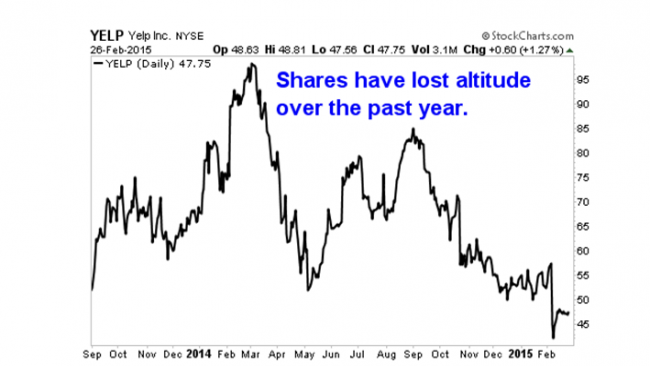 Investors know that there are multiple ways to approach stock-picking. Momentum investors, for example, identify hot stocks that have the support of key technical patterns.
I tend to identify investment opportunities through a different tack: contrarian investing, which is used by Warren Buffett and many other gurus.
At the simplest level, such an approach targets out-of-favor stocks that may possess ample latent upside, or exceedingly popular stocks that appear ripe for a pullback. As an example, that approach recently led me to conclude that shares of Amazon.com, Inc. (Nasdaq: AMZN) were now fully valued or even overvalued. (more)

Atwood Oceanics, Inc., an offshore drilling contractor, engages in the drilling and completion of exploratory and developmental oil and gas wells worldwide. As of November 10, 2014, it owned a fleet of 13 mobile offshore drilling units, as well as 3 ultra-deepwater drillships under construction. The company was founded in 1968 and is headquartered in Houston, Texas.
Take a look at the 1-year chart of Atwood (NYSE: ATW) below with the added notations: ATW lost almost half of its value after breaking its $45 support (green) in September. However, since bottoming near $26 the stock has rallied back a bit. The $30 level (blue) had been resistance, but once ATW broke through it the stock pushed back up to the $35 level (red). That resistance has now sent the stock back down to the old $30 breakout point.

The Tale of the Tape: ATW has important levels to watch at $30 and $35. A trader could enter a long position on a pullback down to $30, or on a break above $35, with a stop placed under the level. However, a short trade could be made instead if the stock fails to hold $30.
Please share this article
at 12:03 AM No comments: Links to this post

Investors About To Have A COW?

The past year month has been flowing into risk on assets like US equities. And when money is flowing into one investment class there is typically an outflow in others. Commodities in general have been beaten up bad but there is some money to be made here using the livestock COW ETF.
It is amazing how almost all us equity sectors have rallied as big as they have with many still making new sector highs. The only true weak areas in the market look to be commodities specifically precious metals, oil, natural gas, grains, sugar and livestock.
When the US equities market starts to sell off and volatility rises money should start to flow into some of these underperforming areas. At the moment COW is the only one that looks ready for a bear market rally currently.
Precious metals miners are another area I am looking to trade but I have not seen any signs why anyone should enter yet.
The chart below shows my analysis and forecast going forward. 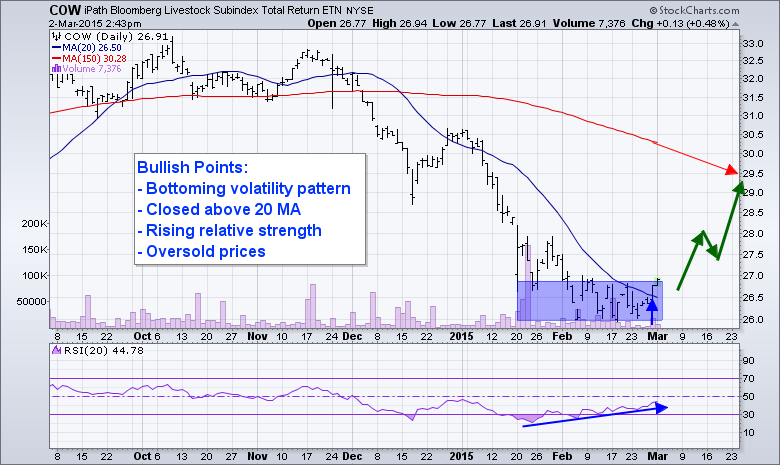 To Have A Cow Or Not? That Is The Question!

The COW ETF could be a choppy ride for a while, but the upward momentum looks to have started as of today.
I am currently long COW with my peak target set around the $29 level.Please share this article
at 12:03 AM No comments: Links to this post