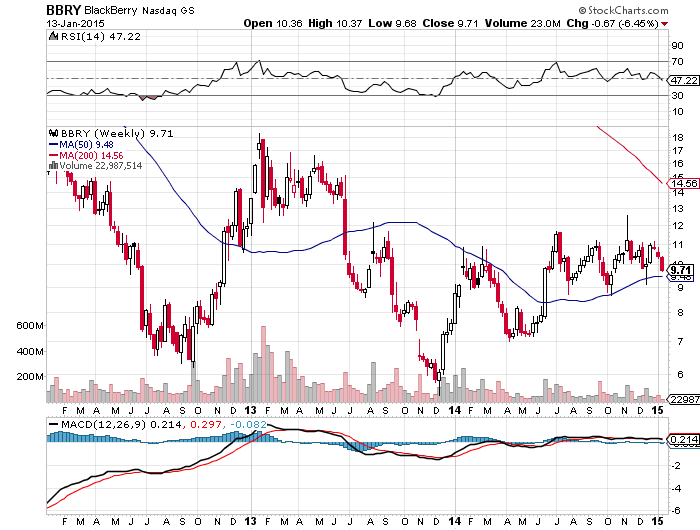 Back in November, shares of BlackBerry Ltd. (TSX:BB)(Nasdaq:BBRY) took a big hit when Morgan Stanley analyst James Faucette cut his rating on the stock to “underweight”. In his report, he also cut the price target to US$7 per share.
And now, Mr. Faucette has come out with another negative report. What is he saying this time? And how should you react?
Survey results not encouraging
In a recent survey conducted by Mr. Faucette, he found that only 15% of chief information officers in the U.S. and Europe were willing to evaluate BlackBerry’s offering. This number is down from 22% last June. In his report, Mr. Faucette also wrote that BlackBerry was near the top in the “No plans to evaluate category.” (more)

From almost $30 differentials in 2011, today's bounce in WTI has pushed the Brent-WTI spread negative for the first time since July 2013 briefly (and August 2010 consistently). This is, as the chart below shows, more 'old normal' as pre-QE the Brent-WTI spread oscillated in a very narrow range...

WTI's bounce has pushed it above Brent today...

Charts: Bloomberg
Please share this article
at 12:04 AM No comments: 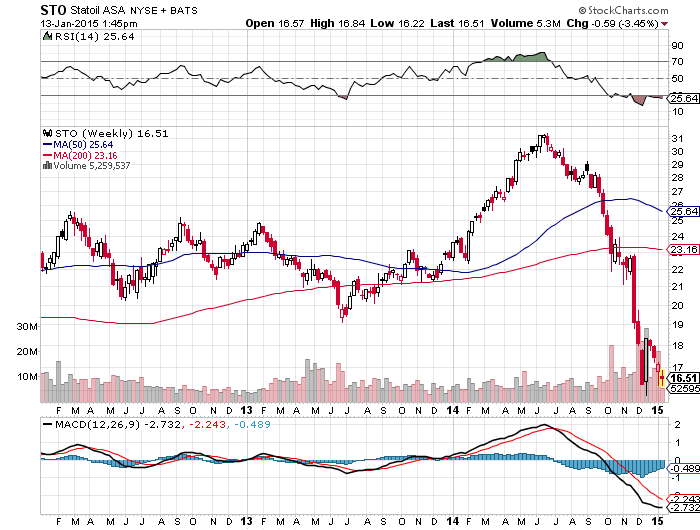 Many companies are struggling to survive the oil price war raging between OPEC and the United States.
Some will make it out alive, though wounded, and some will fall.
With all the players on the field during this tumultuous time, it’s hard to know where to invest. But I’ve seen the signs, and I think one company is not only a safe bet, but a lucrative one. (more) 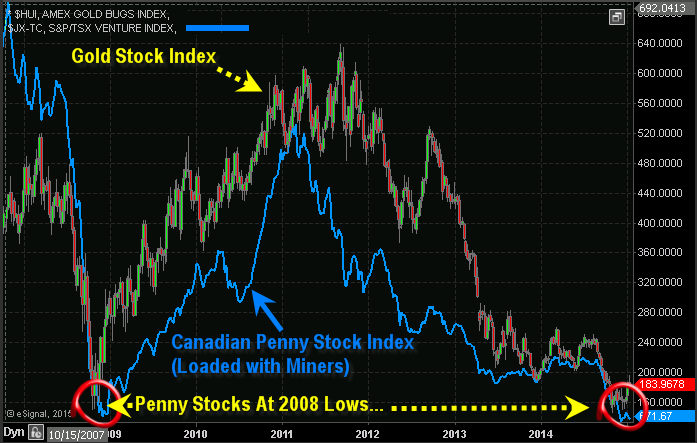 In 2011 gold and gold mining stocks topped…and since then prices have been falling. I think there are several reasons for this with the main ones being the strengthening dollar, and the fact gold and gold stocks were the most talked about investment I had ever seen when they were at their highs in 2010/2011.
When there are ADs on the TV and radio to buy gold or sell your gold jewelry, you know the market is saturated and every investor and trader who was open to the idea of buying gold had already done so. That is when prices start to erode, which they did and precious metals and miners are still in that bear market three years later.
Another important force at play here is the fact speculative investors or their emotions in which make them want to trade high risk stocks for massive gains have been broken. (more)

Exterran Holdings, Inc., together with its subsidiaries, provides operations, maintenance, service, and equipment for the oil and natural gas production, processing, and transportation applications. As of December 31, 2013, the company provided contract operations services primarily using a fleet of 7,765 natural gas compression units with an aggregate capacity of approximately 3,429,000 horsepower in North America; and a fleet of 992 units with an aggregate capacity of approximately 1,255,000 horsepower internationally. Exterran Holdings, Inc. was founded in 1990 and is headquartered in Houston, Texas.
Take a look at the 1-year chart of Exterran (NYSE: EXH) below with added notations: EXH broke its key level of support of $41 (black) in October and the stock has been declining ever since. Over the past month the stock has formed a common pattern known as a rectangle. A minimum of (2) successful tests of the support and (2) successful tests of the resistance will give you the pattern.
EXH’s rectangle pattern had formed a $33 resistance (blue), which was also a prior support, and a $31 support (red). At some point the stock had to break one of those two levels, and on Friday EXH broke the $31 support.

The Tale of the Tape: EXH broke down from its rectangle pattern. The ideal short opportunity would be on a rally up to or near the prior $31 support. A break back above $31 could negate the forecast for a move higher.
Please share this article
at 12:03 AM No comments: