Martin Armstrong isn’t backing off of his prediction for a major stock market advance. The way he sees it, there’s no place left to put one’s money. He’s not buying the bear case for the market. Not that he believes that the economy is doing well, quite the contrary, but rather it’s a case of where else will the pension funds and big investors park their funds. There’s no alternative and that’s why the market is going to take off–big time!

Back in March we asked “what happens when this chart goes to zero” with regard the exuberant lack of bears in the AAII survey. The last 3 months have seen that sentiment morph into actual positioning as institutional investors have been net sellers of US equities since April leaving assets in bear funds at record lows.

I confess: I’m biased. I love wine – almost as much as I love craft brews. I get hung up on Californian wines; they are awesome and grow in my back yard, so to speak. Actually, I lovedrinking wine, not keeping it in a refrigerated vault as an asset class. So I don’t get the gut-wrenching feeling that investors get who didn’t sell in time and then ride out the implosion of a bubble. And their guts are being wrenched.

Blame China and central banks. Wine as an asset class became airborne during the pre-Olympics China bubble when rich Chinese began plowing their money into it. From the summer of 2005 through the Beijing Olympics in 2008, the Liv-ex Fine Wine 100 index – the “fine wine industry’s leading benchmark” – skyrocketed 152%. But in the four months after the Lehman Moment, the index plunged 22%.
Frazzled by the seizing wine market, the Fed and other besotted central banks began to douse certain layers of the world with free money so that Chinese wine buyers would re-indulge in the game. It worked. By July 2011, the index had soared 76% to 365. The peak of the wine bubble. Then all heck broke lose.
READ MORE
Please share this article
at 12:04 AM No comments:

Why the Housing Market Recovery Is Over

June 3rd, 2014 Keith Jurow
After more than a year of trumpeting the so-called housing recovery, pundits are beginning to show signs of worry. Existing home sales are weakening, new home sales are dismal, and even the Case-Shiller Index is showing signs that prices are leveling off. The Fed's new Chairperson -- Janet Yellen -- has expressed her concern more than once.

With all this anxiety, now is a good time to take another look at the true state of housing markets around the country.
More…Please share this article
at 12:03 AM No comments: 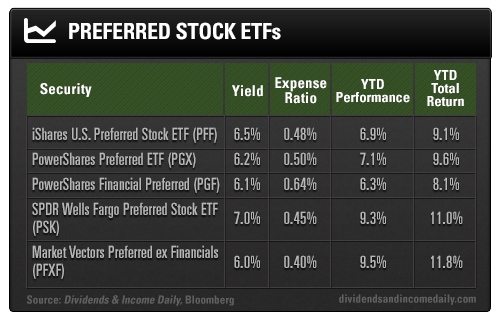 At the beginning of this year, Wall Street strategists were nearly unanimous in calling for higher interest rates.
But we told readers to disregard the rising rate worries.
We were confident that the prevailing consensus was wrong on U.S. Treasuries.
This contrarian mindset led us to recommend several high-yielding preferred stocks and closed-end funds.
So let’s look back and see how we fared…(more)