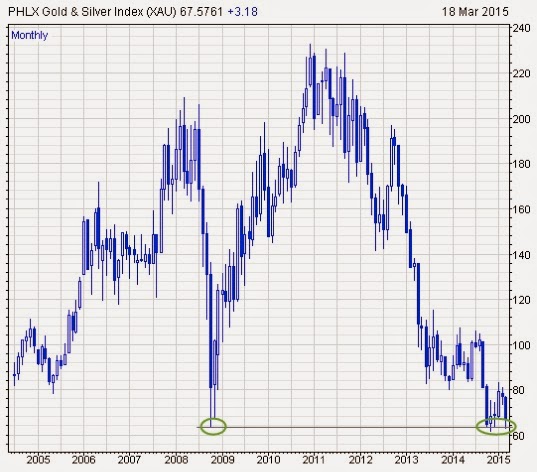 from King World News
Today one of the prestigious firms that has been successfully forecasting markets for over 60 years just put out a MAJOR ALERT on the gold and silver space! This is an incredibly important report for anyone who is invested in or thinking about investing in physical gold and silver or the mining shares.
From Investors Intelligence, whose legendary work is revered around the globe: “Ecouraging action on the P&F price chart for the gold & silver miners led us to analyze the sector. We consider the potential for further strength.
Rotations into the gold & silver miners from the S&P 500, banks, transports, consumer staples, industrials and biotech are assessed. The final sector is the only area we would not rotate from.
Continue Reading at KingWorldNews.com…
Please share this article
at 12:03 AM No comments: Links to this post 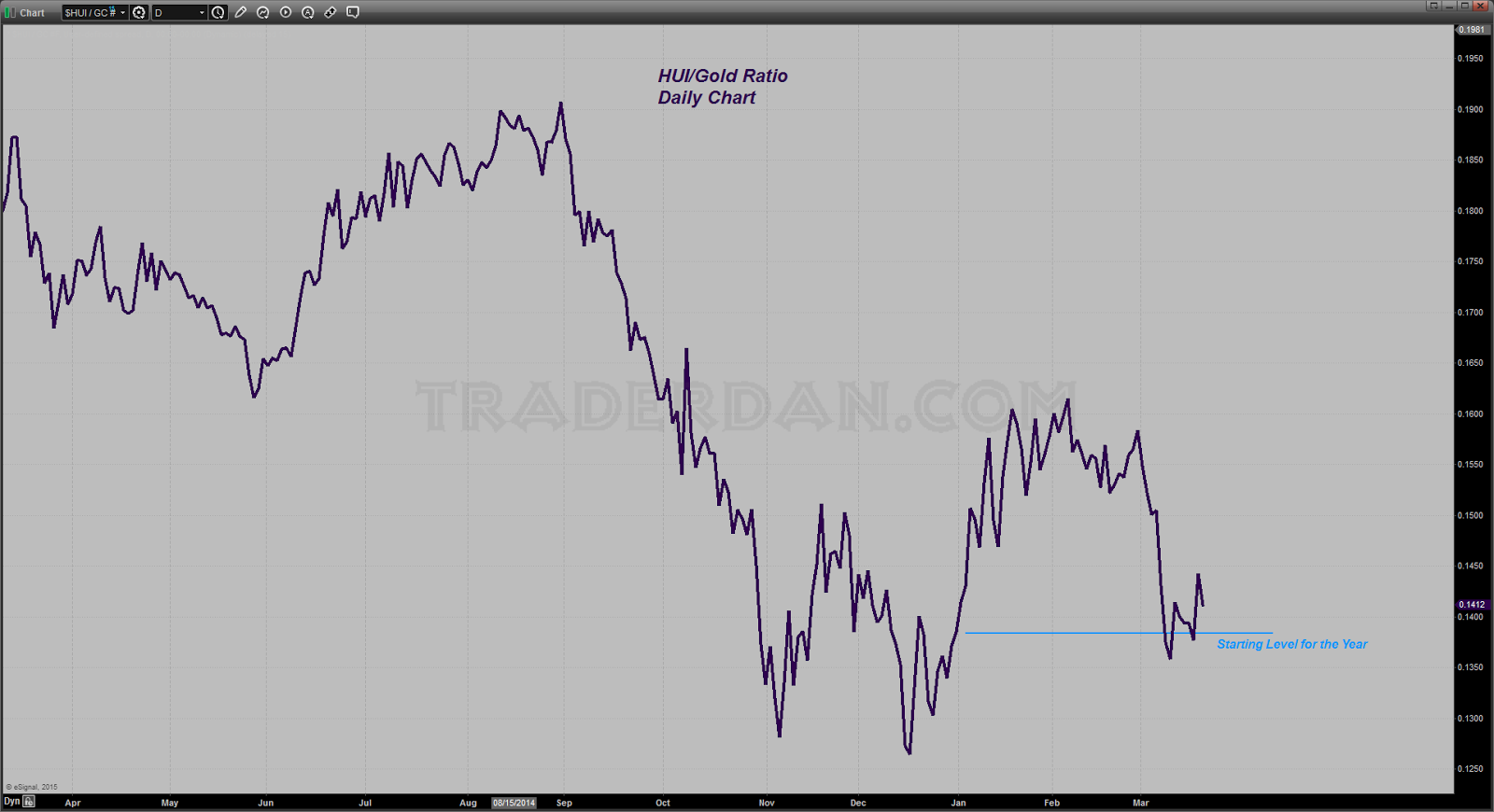 by Dan Norcini
Trader Dan
This key predictive ratio continues to struggle when it comes to gaining upside traction. It remains below the starting level of the year.
The HUI/Gold ratio looks a bit better but certainly nothing to write home about.
[...] Consistent with the weak-showing in this ratio, gold is struggling to breach overhead resistance on its chart emerging near $1175 and extending up to the old familiar $1180 level.
Continue Reading at TraderDan.com…

Tres Knipa has been trading commodities for many years. He believes that shorting the Yen and Japanese Government Bonds is the trade of a lifetime.
It is his opinion that long term there is a significant likelihood Japan will experience a sovereign debt crisis and a notably weaker currency. As a result, he believes there is opportunity in being net short the Japanese Government Bond market and the Yen. Although no one can guarantee the future and there is risk in making such a trade, he is devoted to providing you with a variety of information and analysis that he believes supports his opinion, as well as an avenue to participate in the opportunity yourself.
You can follow Tres’ work at ShortJapanDebt.com. 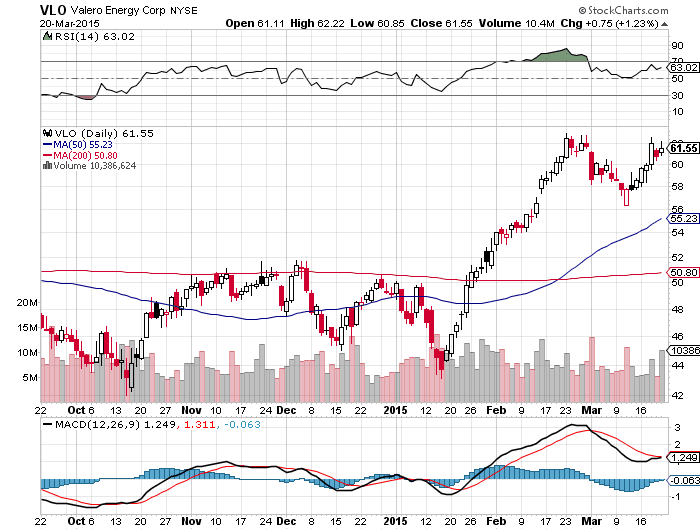 “Jody, where can a person invest his money and be guaranteed to make 50% in the next six months?”
No. The question above isn’t from our reader mailbag. Instead, this is the recurring dialogue between me and my cousin Brad at family gatherings.
Below, I’ll share my typical response. I’ll also share three tickers that provide a decent shot at a 50% gain without taking on much risk.
The question above is one I mentally prepare myself for each time my family gets together. Here’s my response and the ensuing back-and-forth…(more)

WPX Energy, Inc., an independent natural gas and oil exploration and production company, engages in the exploitation and development of unconventional properties in the United States. The company focuses on exploiting natural gas reserves base and related natural gas liquids in the Piceance Basin of the Rocky Mountain region, as well as developing and growing oil positions in the Williston Basin in North Dakota and the San Juan Basin in the southwestern United States. As of December 31, 2014, it had proved reserves of 4,360 billion cubic feet of gas equivalent. WPX Energy, Inc. was incorporated in 2011 and is headquartered in Tulsa, Oklahoma.
Take a look at the 1-year chart of WPX (NYSE: WPX) with the added notations: 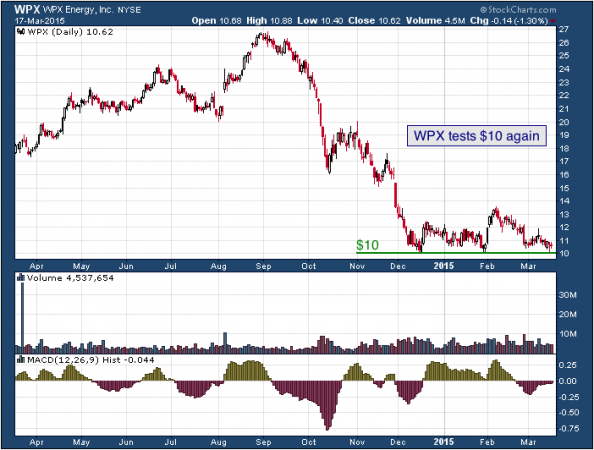 WPX has been in a solid downward slide since its September peak. However, over the last 3 months the stock has been finding support at $10 (green). Now that the stock is there again, traders should be able to expect some sort of bounce. However, if the $10 support were to break, much lower prices should follow.

The Tale of the Tape: WPX has a key level of support at $10. A trader could enter a long position at $10 with a stop placed under the level. If the stock were to break below the support a short position could be entered instead.
Please share this article
at 12:03 AM No comments: Links to this post

Crude Oil To $70 In the Second Quarter?

Since the oil crash first began last summer, I have constantly been asked how low I think Crude Oil prices could go, and especially so the past few months. My answer has been pretty consistent, “I have no idea”. To me there have been so many easier trades to be in out there that messing around with this disaster hasn’t been worth the aggravation. As a market participant that has to allocate assets and manage risk responsibly, fooling around with crude oil has not fit our risk profile with respect to any potential upside. It just hasn’t been there.

Well I actually think we might be getting that. Over the past couple of weeks Crude Oil prices have rolled over and are hitting levels not seen since early 2009, right around the time that the epic 200% rally first got going. I use a 14-day RSI as my momentum indicator and on these new lows in price, RSI is putting in a higher low. Here’s what it looks like: 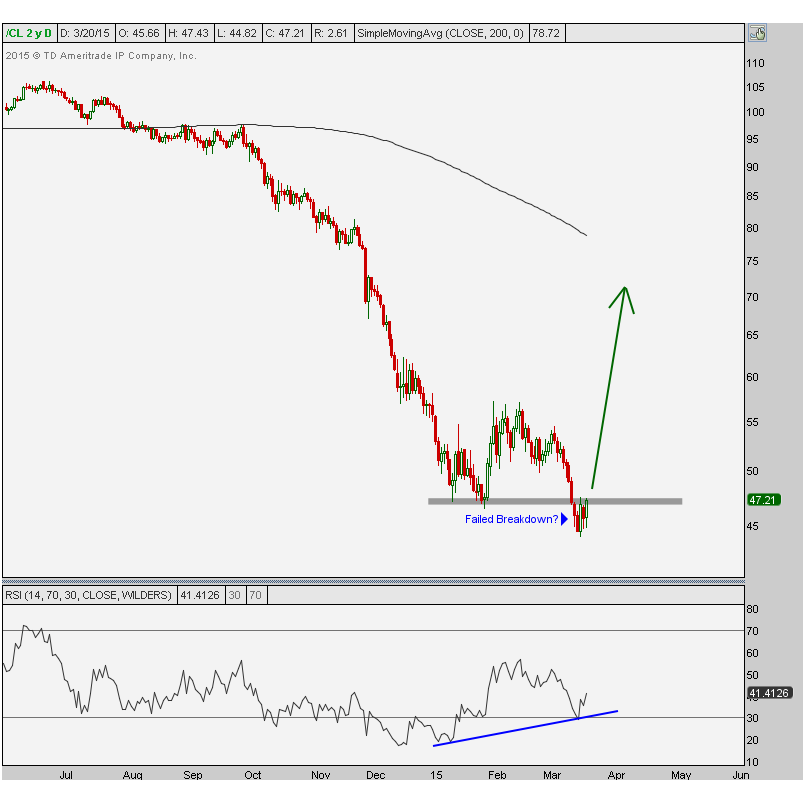 From a risk management perspective, there is zero reason to own Crude Oil if prices are below the January lows. So at the very least, we have a clean level to watch. It is marked by the gray shaded area. Above the January lows, and I believe that a mean reversion could really get going. Look how extended the price is from the mean (defined by a 200 day simple moving average).

So here’s how I see it. We know that sentiment right now is near historic bearish extremes rarely seen in the past. So that’s one for the bulls. Second, it looks to me like the US Dollar has put in at least a temporary top (see here and here). If that is indeed the case, that’s gotta help Oil get a little boost. Seasonally, this is the most bullish time of the year for Crude Oil prices as we exit the worst period. And finally, most importantly, this new low the past 2 weeks could be a whipsaw. If we break back above the January lows, this confirms a bear trap leaving all the new shorts caught under support and all the longs that were stopped out of the trade now have to buy it back. This creates momentum as all of the wrong shorts get squeezed and have to cover while all of the longs stopped out have to re-buy. When momentum guys like myself catch this, more buying comes in, not to mention the natural buying already taking place anyway. This then leads to more short covering and more longs “not in the trade” re-buying.

Granted, this is all the best possible scenario here that could create an epic short-squeeze to take crude oil north of $70. From a risk/reward standpoint, there a very few setups that are skewed this much in one’s favor. If we never break out, then who cares. We’ve remained patient this whole time, what’s another few weeks/months? And if we buy the breakout and we rollover again and get stopped out? Oh well. I’d take that risk/reward 100 times out of 100, which is the only thing that really matters to me.
Gun to my head? I think we break out and I’m an aggressive buyer of that breakout.
Please share this article
at 12:03 AM No comments: Links to this post