zerohedge.com / by Tyler Durden / 05/17/2013 16:08 -0400
Whoever orchestrated the last two hour closing ramp sure has a satanic sense of humor, opting to close the S&P at 1666 or exactly 1000 points above the “generational” low. A late-day desperation to buy-buy-buy, triggered by an avalanche of stops being triggered in the DAX futures market (as it broke all time highs), sent stocks soaring. Treasuries had been weak all day (giving back yesterday’s gains and more). The equity spurt was not accompanied by VIX or Credit or Oil or Copper but JPY’s break of 103 was another trigger supporting the rise. But that doesn’t matter. The release of weak IP and in-line CPI data on Wednesday seemed to trigger the ‘change’ as gold and silver diverged lower from copper and oil’s surge, Treasuries rallied, and stocks and the USD surged thereafter. WTI crude ends the week unchanged (against a USD gain of 1.37%) with PMs down 6-7%. Volume was light today but that doesn’t matter either.
It’s been quite a ride…

kingworldnews.com / May 17, 2013
Today 50-year veteran Art Cashin warned King World News that the shorts are now being squeezed in the stock market.  Cashin, who is Director of Floor Operations at UBS, also warned that the stock market may now see a parabolic move to the upside.
Cashin:  “What we are seeing (in the stock market) is people who are short are hurt, and people who are underinvested are being punished.  You can almost feel the pain in the buying … So whether you call it, ‘Hold your nose and buy them,’ or ‘Have a gun to your head and buy them,’ that’s what’s been going on.”
Eric King:  “Jeffrey Saut spoke to KWN about this being one of the greatest buying stampedes ever, saying he’s never seen anything like this in his 43 years.”
Cashin:  “Well, I think he’s quite right on it.  We’ve taken the market to areas that used to be considered extreme.  The S&P is selling at a 25% premium to its 200 week moving average.  That is very rarified air.
You can look at the number of stocks that have reached new 52 week highs, they are at a 35 year high going back into the 1980s.  So you see things that ordinarily people would say, ‘The air is far too rarified here.’  Yet because of the concept that ‘I must buy the dip,’ they really don’t get a chance to dip.
READ MORE
Please share this article
at 12:06 AM No comments: Links to this post

'We're Going to Have a Crisis': David Stockman's Stark Warning for America 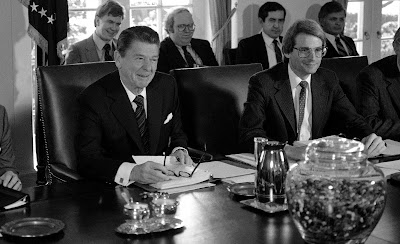 David Stockman, formerly a leading conservative Reaganite, now blames some of the economic program that he once supported for the 2008 meltdown and sluggish recovery. But liberal Democrats who may be excited about a Stockman defection will be sorely disappointed: His critique of the Obama economic program is just as strong as what he says about his erstwhile friends in the Republican Party.
With his new book, The Great Deformation, published today, Stockman positions himself as a whistleblower of the highest order, offering a scathing appraisal of what's happening in Washington. His history gives the story an unusual perspective. In the late 1970s, as a young Republican congressman from Michigan, Stockman was in a group of politicians, economists, and journalists who championed supply-side economics -- the theory that cutting taxes will lead to an economic boom. Ronald Reagan embraced the theory in his 1980 campaign for the presidency, landing Stockman a spot in Reagan's inner circle of advisers. After Reagan won, he appointed the then-34-year-old Stockman to one of the most influential positions in Washington: director of the Office of Management and Budget. From that position, Stockman led Reagan's economic program for the next several years. Stockman became an object of controversy in part to the remarkable cover story in the December 1981 issue of The Atlantic, a behind-the-scenes look at the making of budget policy in the capital. "None of us really understands what's going on with all these numbers," Stockman told author William Greider. (more)

Gen X on track to be worse off than Boomers in retirement, study finds

Boomers lost a significant chunk of their retirement nest eggs in the recession, but it was members of Generation X who were really hit the hardest, according to a report released Thursday.


If they don't start paying off debt and saving more, Gen Xers (those between the ages of 38 and 47) and younger Boomers (those in their late 40s to mid-50s) are on track to retire financially worse off than the generations before them, according to analysis from the Pew Charitable Trusts, a Washington, D.C.-based nonprofit.

"Many younger Americans were already behind in saving for retirement, and suddenly millions of them were out of work or owned homes worth far less than they had been just a few years earlier," the report said.

from The Value Guys 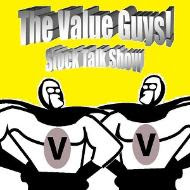 The Value Guys are back after an extended vacation. Mo-Mentum was traveling to points unknown and Val was left to imbibe. They covered four stocks this week that had low price to cash flow and low sales to price. Hardcore analysis along with over consumption of adult beverages leads to cutting edge hilarious analysis. This week’s stocks: CSH, DV, FDX and GLT.

traderdannorcini.blogspot.ca / By Dan Norcini / Friday, May 17, 2013
Gold has come off of one horrific week in terms of price action. As noted on the price chart, the metal pushed into the region where it recently had its LOWEST CLOSE in some time. You might recall that after the spike down towards $1320, physical demand was unleashed in what can only be described as a torrent. That demand spooked bears and resulted in a wave of short covering that took price nearly $160 off that low. It was at that point that the big selling re-entered.
The resistance at $1485 – $1475 proved to be a bridge too far and down went the metal. It encountered some decent buying near $1440 but once that gave way, especially once $1420 collapsed, sell stops did the rest. Once it lost its “14″ handle, many buyers stepped back, expecting that downside momentum would enable them to acquire the metal even cheaper.
I am now watching to see whether or not this market can hold support down at the shaded rectangle I have marked on the chart. Personally, I am welcoming this move back to that recent low because I want to see how it now responds. I do not like buying into markets with spike lows or selling spike tops mainly because the risk/reward can be too great based on the entry point and the exit point that tells you that the trade has soured. A test of a low, that holds is a much better entry point with lower risk. The flip side to this is that if $1320 fails to hold, it will confirm that bearish flag formation noted on the chart with a potential price projection down closer to $1100. Yikes! 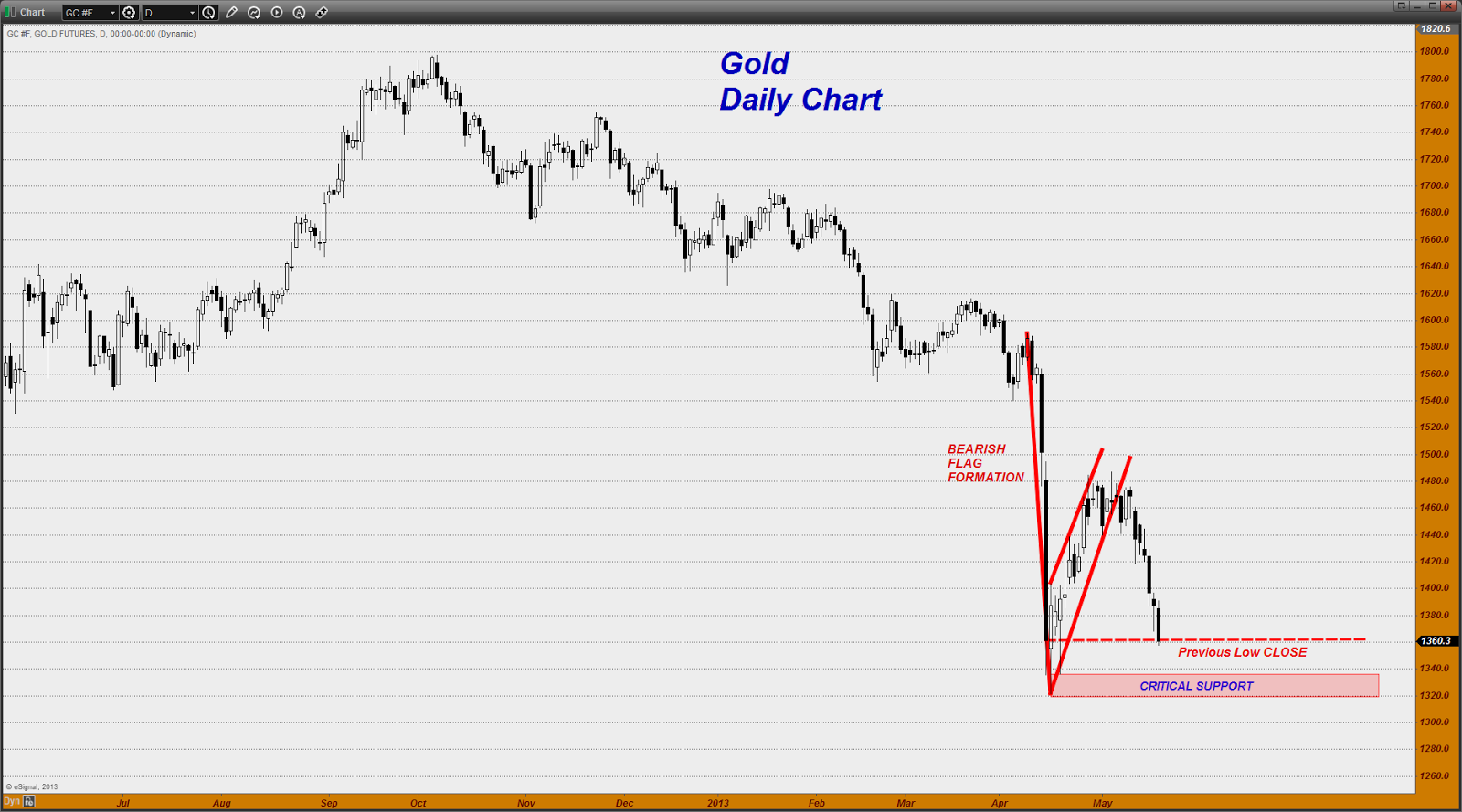 Stone Energy Corporation, an independent oil and natural gas company, engages in the acquisition, exploration, exploitation, development, and operation of oil and gas properties in the Gulf of Mexico and the Appalachia region. As of December 31, 2012, it had estimated proved oil and natural gas reserves of approximately 773 billion cubic feet of gas equivalent. The company was founded in 1993 and is headquartered in Lafayette, Louisiana with additional offices in New Orleans, Louisiana; Houston, Texas; and Morgantown, West Virginia.
To analyze the company's stock for potential trading opportunities, please take a look at the 1-year chart of SGY (Stone Energy Corporation) below with my added notations: 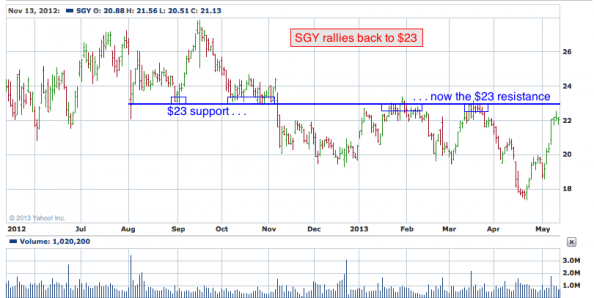 Back in September and October SGY had been holding support at $23 (blue), which it eventually broke in November. Since then, the stock has chopped sideways while rallying back up to that $23 breakdown level on multiple occasions and hitting it as resistance. A break back above that $23 level should mean higher prices for the stock.
The Tale of the Tape: SGY has a key level at $23. A long position could be entered on a break back above $23 with a stop placed under that level. Or, a short play could be made at $23.

With gripping first-hand accounts from banking insiders, regulators and politicians this film tells the story of two recent multi-billion pound trading disasters that rocked the City. It shows that some bankers are still taking reckless risks, five years after the crash that brought the world’s economy to its knees. Risk is the engine of growth but reckless risk can have catastrophic consequences, especially in volatile times like the turbulent financial world of today. The film charts the thirty-year effort to manage financial risk through mathematical modelling and shows how this can encourage some traders to behave as if they have mastered risk altogether. With Nobel laureate Daniel Kahneman, former JP Morgan executive Bill Winters and regulator Martin Wheatley.

Here is a link to Part 1 - Fixing the System