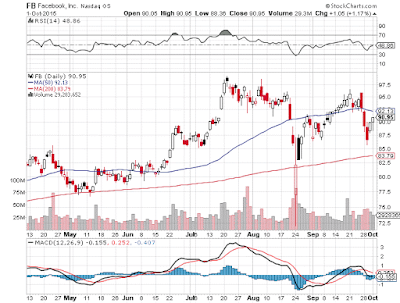 Despite “phenomenal” growth that Facebook experienced over the past decade, Wedbush still expects the company to continue to expand its active user base over the decade to come. In addition, “Facebook is at the leading edge of a shifting communications environment (…) The transition to immersive 3D video creates the potential for a host of new applications, including education, gaming, and service offerings not currently offered by Facebook.”

Two more elements to take into account are (1) Facebook’s consistent success in increasing user engagement, the frequency in the delivery of ads, and ad rates per view; and (2) its impressive EBITDA contribution margin on revenue growth of 80 percent.

Regarding LinkedIn, Pachter does recognize its status as “the preferred online destination for job seekers and recruiters” and acknowledges that the company does seek to capitalize on this sturdy and active user base by offering several sorts of products – like marketing and education solutions.

However, LinkedIn’s “progress in marketing and educational solutions will likely be driven by engagement of its users” and Wedbush is not optimistic about LinkedIn’s ability to drive engagement without compelling content. In addition, they note shares are fairly valued.

The firm believes Twitter has a solid user base, “a first mover advantage that will be nearly impossible to overcome, and a flawed business model.” While they do believe that Twitter can battle Facebook in reach, it would need to change its strategy to successfully rival it.
Until the firm sees evidence that management has implemented a new strategy that can drive user and engagement growth, they would rather remain on the sidelines – at least until a new CEO is officially selected.

Gold Looks Ready For Its Next Leg Lower 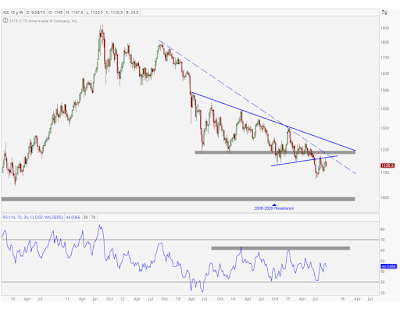 You want to talk about strong trends, it’s hard to find a cleaner downtrend than what we’ve had in precious metals since 2011. The Gold bugs have gotten really quiet and I’m actually starting to miss them. Remember how obnoxious the silver permabulls were 5-6 years ago? We’re near levels where metals are just a joke and from an anecdotal perspective, one might think that they couldn’t possibly go any lower as they are arguably the most hated asset class on earth. But the data suggests otherwise. In fact, sentiment, although just off bearish extremes, isn’t anywhere near the levels we’ve seen at prior pivot lows over the past few years. (more)
at 12:03 AM No comments: Links to this post 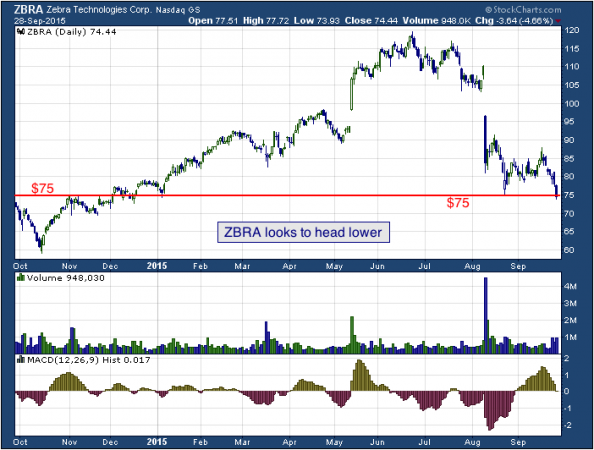 ZBRA doubled in value from October of 2014 to June of this year. After peaking at $120, the stock started its current decline that now has the stock trading below its key level of $75 (red). The break of $75 should lead to lower prices for ZBRA.

The Tale of the Tape: ZBRA broke a key level of support at $75. A trader could enter a short position on any rallies up to or near $75 with a stop placed above the level. If the stock were to break back above the $75 level, a long position might be entered instead.
at 12:03 AM No comments: Links to this post