CRMD CorMedix, Downtrend is Over, Up on Heavy Volume 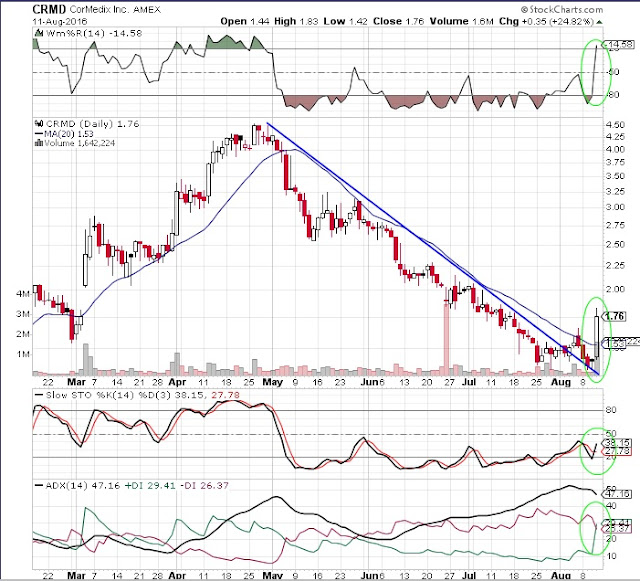 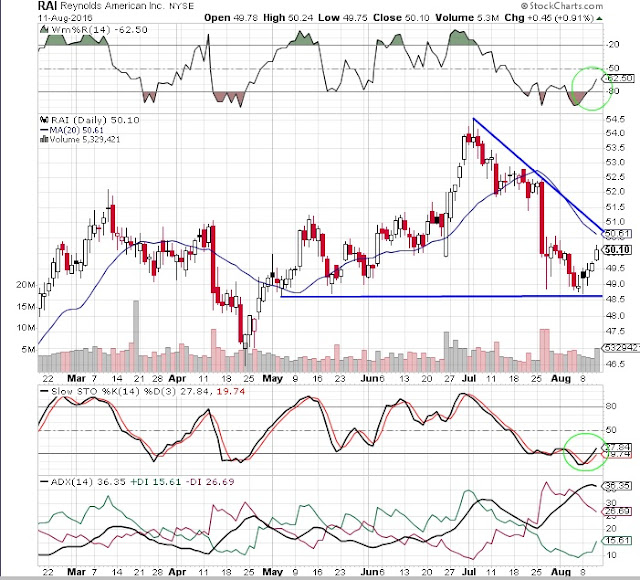 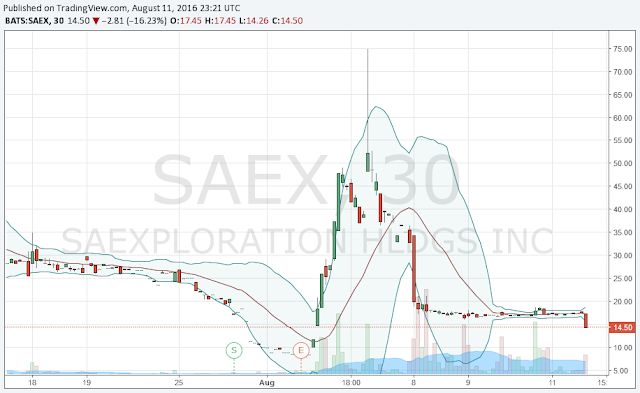 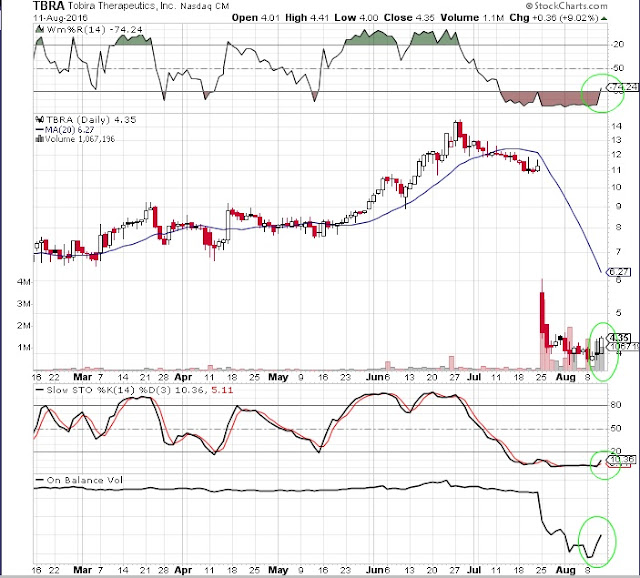 It has been a pretty quiet week in the row crops as the market patiently awaits Fridays August WASDE report. Through the close on Wednesday, December corn has traded a minor 5 1/2 cent range. However, come 11am on Friday, there will likely be a bit more action as the USDA is expected to release the first of the year adjustments to yield and some suggest there may be more downside to go.

This growing season has been a wild ride for many. Ranging from drought turning to flood, hail, risk of more drought, more rain, talk of drought, and so the year went. Then on top of the natural chaos of Mother Nature, we bring in price volatility when prices are already too low for many break-evens. Talk of drought mixed with aggressive fund buying propelled corn prices to the yearly high of 449 early in the season and once weather fears faded, corn prices crashed. Falling to a contract low of 329 we now must ask ourselves how much more bearish can it get?

Looking over WASDE estimates the 16/17 corn ending stocks range from 1.977 to 2.653 with an average trade estimate of 2.284 billion bushels; all of which are large in comparison to recent years. Even the average trade’s yield estimate of 170.6 is not far from the current 171.0 record and the highest reported yield estimate is as much as 175.0. While a 74% good to excellent rating versus last year’s 70% does indicate a higher yield, however crop ratings give more of a general idea rather than determine yield as a 68% final good/excellent in 2010 resulted in yield of 152.6. Ratings vary from year to year as does the weather. Several key regions of the cropping states experienced a mixed of drought stresses throughout the growing season including the “I” states. As the weather woes faded, the damage was still done and now being noted by scouts. Tip back, pollination failure, aborted kernel and a warmer July and August temperatures may all result in an excellent looking crop from the road but a different story in the combine.

Production deficits have also been noted in the southern hemisphere as well. South Africa is suffering an extreme drought that may force them to become a net importer of corn and Brazil too is working on changing their policy to allow US GMO corn imports in order to provide relief to their animal producers. Brazils CONAB also announced production cuts the same week we saw a flurry of flash sales in corn and soybeans over the last 11 week days. Export sales for Thursday are estimated to be 200-400 thousand metric tonnes for 2015/16 and 800-1,100 TMT for 16/17. Thursday morning results were as 595 for 15/16 and 1,015 for 16/17.

A cheap price in addition to a weakening US dollar has regained the attention of global consumers; the market remains too focused on production. Eventually demand should be noticed once production becomes a “known” and we shift into a demand market. In October of 2014, spot corn prices sank to a multi-year low of 318 1/4. 2014 was also the year that crop conditions at this time were 73% good/excellent versus our current 74%. December of 2014 saw a high price of 417’0. The final yield for 2014 was the current record of 171.0. Once production is a “known”, the demand side can again take the market’s attention. No doubt, issues or no issues in South America will be one of the many wild cards. This also is not 2014 and no two years are alike, but they can be similar.

Fridays WASDE is quickly approaching and the market seems nervous. Price action has been low as has volume and sideways it has gone. With the potential for the average trade to again be surprised by the USDA is ever present. The average trade has missed before and it can happen. Corns risk to the downside may seem minimal but another leg lower cannot be ruled out.
at 12:03 AM No comments: Links to this post