Exactly like Gerald Celente Pastor Lindsey Williams in his very latest interview (02 Feb 2012) warns of a bank Holiday by February or March 2012 , he also warns that after the bank holiday the US dollar will devalued by 40 percent , the quality of the interview is not that good but it is always enjoyable listening to Pastor Lindsey Williams (at least it was for me )
at 12:07 AM No comments: Links to this post

Ty Andros Says the Dollar is Facing an Extinction Event

Ty Andros of www.Traderview.com, a speaker at FreedomFest’s Global Financial Summit, believes the economic system and the Dollar, as it presently exists, are facing an extinction event. Currency shifts have taken place many times before and will continue to occur; they simply are part of human existence. No matter how hard we try, we cannot change this reality.

The solution is to understand where you are in the cycle and invest your resources accordingly. Precious metals are certainly an insurance policy against the resulting chaos, and Ty believes Silver is your greatest ally in protecting and building wealth. As a believer in the Austrian School of Economists, Ty says that the current crisis was long ago foreseen, and it was unavoidable. Better to be prepared than to be surprised.

Please send your questions/comments to KL@KerryLutz.com or call us at 347-460-LUTZ.

Celgene Corp. (NASDAQ:CELG) – This company is considered by S&P to have the “brightest growth prospects among large-cap biotech companies.” Its impressive performance was led by its cancer products Revlimid and Vidaza. The company also has a number of other products in the pipeline awaiting FDA approval and is considered by many analysts to be a leader in anti-cancer treatments.

Technically CELG broke from a compound top on Sept. 20 on heavy volume, and then again from a double-top at $69. These breaks are called “step-up patterns” and mostly occur on stocks in an aggressive bull market.

A bullish signal from our internal indicator, the Collins-Bollinger Reversal (CBR) occurred on Jan. 27, 2012, and a new stochastic buy was flashed yesterday.

Pic of the Day 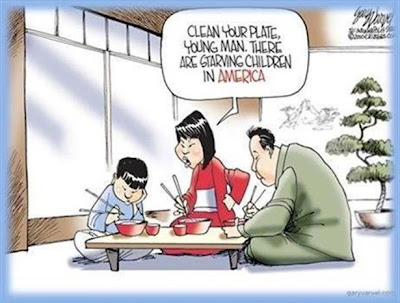 Right now, there's a precious metal trading at bargain levels. In fact, it would need to gain 64% just to get back to its historical valuation.

I know this sounds strange, but let me explain.

Precious metals' prices usually trade at historical ratios against each other. For example, the price of gold normally trades at 33 times the price of silver. If the ratio gets much higher than that, it signals that silver is cheap relative to gold. That's what happened in 2003 when the ratio hit 80. Silver shot up 485% and outperformed gold by 185% over the next eight years.

This kind of ratio analysis has worked for me in the past. A few weeks ago, it helped me spot that junior gold miners were undervalued relative to gold just before they exploded and delivered double-digit gains in less than three weeks.

There's no reason platinum should trade at a discount to gold. According to Nathan Slaughter, StreetAuthority's commodities expert, platinum is about 30 times rarer than gold and annual production is tiny compared with that of gold. It's also vital in the production of cars, so demand is not going away.

That's why ETFS Physical Platinum Shares (PPLT) looks like a no-brainer trade right now. And aside from being cheap, the 26-week rate of change (ROC) is giving a buy signal. This indicator measures price acceleration, and shares are accelerating up right now.

ROC, the purple line at the bottom of the graph, looks like it is set to turn positive and break above its upper Bollinger Band... a very bullish sign. There have only been three signals like this in the last twelve years, and each one was a winner. The last signal delivered a 22% winner in 2009. The other two trades gained 7% and 45% in 2000.

Using Fibonacci retracement levels, I've calculate a price target of $223 (1.618 x the downward move) -- a gain of 39% from recent prices. But first, prices need to break above $189, a short-term resistance level. Once prices are above $189, a trailing stop about 9% below that level should capture gains while the uptrend is intact. Until prices break above $189, traders can use an initial stop of $152, a short-term support level.

Once again, there are no changes in the 26-week ROC strategy, and we'll hold iShares Lehman 7-10 Year Treasury (IEF), iShares Barclays 20+ Year Treasury Bonds (TLT), and SPDR Gold Shares (GLD) for at least one more week.

from The Economic Collapse Blog:

The people out there that believe that the U.S. economy is experiencing a permanent recovery and that very bright days are ahead for us should have their heads examined. Unfortunately, what we are going through right now is simply just a period of “hopetimism” between two financial crashes. Things may seem relatively stable right now, but it won’t last long. The truth is that the financial crisis of 2008 was just a warm up act for the economic horror show that is coming. Nothing really got fixed after the crash of 2008. We are living in the biggest debt bubble in the history of the world, and it has gotten even bigger since then. The “too big to fail” banks are larger now than they have ever been. Americans continue to run up credit card balances like there is no tomorrow. Tens of thousands of manufacturing facilities and millions of jobs continue to leave the country. We continue to consume far more than we produce and we continue to become poorer as a nation. None of the problems that caused the crisis of 2008 have been solved and we are even weaker financially than we were back then. So why in the world are so many people so optimistic about the economy right now?

We caught up with Peter Schiff of EuroPacific Capital at FreedomFest’s Global Economic Summit in the Bahamas. Peter is never shy about voicing his opinion about the impending crash of the US Dollar and the fiat monetary regime. While he’s been warning us about the inevitable collapse, he’s putting himself on the line now and believes that time is running short. He expects the event to occur within the next 1-2 years and believes that in addition to living on borrowed money, the government is also living on borrowed time.

As he sees it, interest rates have been suppressed for so long, that they have no place to go but up. Once this occurs, printing and borrowing to somehow achieve solvency will come to an end and then the political establishment is going to have to get serious about controlling spending and ending debt based economics. The unfortunate result will be a decrease in American living standards, however, there is a silver lining. And that is, should the Country adopt sound economic policies, we will rapidly emerge from the quagmire as an opportunity based economy once again.

Please send your questions to KL@KerryLutz.com or call us 347-460-LUTZ.

NEXT WEEK'S U.S. ECONOMIC reports
at 12:03 AM No comments: Links to this post