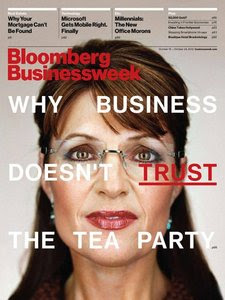 read more here
at 12:21 AM No comments: Links to this post 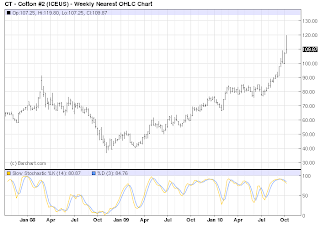 Cotton prices touched their highest level since Reconstruction on Friday, as a string of bad harvests and demand from China spark worries of a global shortfall.

The sudden surge in prices—cotton has risen up to 56% in three months—has alarmed manufacturers and retailers, who worry they may be forced to pass on higher costs to recession-weary consumers.

The December cotton contract hit $1.1980 a pound minutes after the opening of trading on the IntercontinentalExchange Inc. on Friday. It is officially the highest price since records began back in 1870 with the creation of the New York Cotton Exchange.

The Mississippi Historical Society has its own records that show cotton was changing hands at $1.89 a pound during the middle of the Civil War, which lasted from 1861 to 1865. In the early stages of the war, the South halted exports in a failed attempt to draw Europe to its defense. Then later, the North imposed a blockade, crippling the South's ability to ship cotton to Europe. (more)

Demand to see your mortgage note.

The Wall Street banks’ foreclosure system is a mess. Their total disregard for mortgage laws and standards is what created the foreclosure epidemic in the first place. Now, their total mismanagement is catching up to them. As of today, some of the largest mortgage lenders – JPMorgan Chase, Bank of America, and GMAC (now called Ally) – have been forced to halt foreclosures in 23 states and growing. We can’t rely on Wall Street banks to follow basic rules. We have to hold them accountable. At very least, they must provide the mortgage notes.

When Wall Street banks securitized, packaged, sold, and resold our mortgages, they created a system where it is often impossible to figure out who actually owns mortgage notes and therefore has the authority to foreclose on properties. But the big banks are getting tangled up in their own web. Recent events have exposed a handful of banks that are throwing families out of their homes even though they don’t have the mortgage note that proves they actually have a legal right to do so. There have been instances of two banks trying to foreclose on the same home, and in at least one case, of a bank trying to foreclose on a house where the homeowner had never even taken out a mortgage with anyone in the first place.

Whether you are facing foreclosure, have an underwater mortgage, or are just a concerned homeowner, it’s important that you contact your bank and demand to see the original note on your mortgage. It only takes a few minutes using our free online tool. (more)

By Jeannine Aversa, The Associated Press

But Bernanke is signalling that doing nothing would pose the biggest risk of all.

The Fed chief on Friday made his strongest case yet for injecting billions more dollars into the economy. Purchasing the bonds could further drive down rates on mortgages, corporate debt and other loans.

Lower rates could lead people and companies to borrow and spend. And higher spending might help ease unemployment and invigorate the economy.

The Treasury purchases would have another aim, too: to dispel any notion that consumer prices will stay flat and might even fall. In his speech Friday in Boston, Bernanke indicated that Fed policy-makers favour raising inflation, which has all but vanished.

And more inflation could help the economy. Here's how:

Companies would feel more inclined to increase prices. And shoppers who thought prices were headed up would be more likely to buy now rather than wait. Their higher spending could embolden employers to step up hiring. It would also help lift inflation. (more) 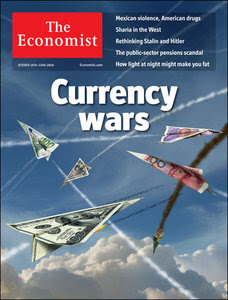 (Bloomberg) The cost of living in the U.S. rose less than forecast in September, indicating companies are keeping a lid on price increases to stoke demand.

The consumer-price index rose 0.1 percent after 0.3 percent gains in the prior two months, figures from the Labor Department showed today in Washington. Economists projected a 0.2 percent gain, according to the median forecast in a Bloomberg News survey. Excluding volatile food and fuel costs, the so-called core rate was unchanged for a second month.

Now for the rest of the story…The CPI for all items (including food and fuel) rose 1.1% last month. That hits you where you live. (more)

Overwhelmingly one quarter of the Nations homeowners are upside-down on their homes and according to the United States Department of Labor bureau of Labor Statistics http://www.bls.gov/news.release/empsit.nr0.htm 9/8/2010 report, 14.8 million people are unemployed. According to top economist Arthur Laffer the US economy is heading for a big fall early in 2011, which could create a further decline in millions of Americans retirement accounts. Kate Ashford meets with three families who faced tough financial times and discussed how they managed to come out on the other side. She shares their stories with you, please read to find if what they did can help you or help you manage your tough times a litter easier

“I was unemployed for months—without much in savings.”
Marcia Delgadillo, 48, had been the sole wage earner when she was laid off from her marketing job in January 2009. Her husband, Holvis, was in grad school full-time; if he’d dropped out to look for a job, it would have sent him back to square one. “In his program, he couldn’t just pick up where he left off,” says Marcia. With two kids, ages 12 and 14, times were lean. So the Delgadillos, who live in Richmond, California, cut expenses and tapped an existing home equity line of credit (HELOC) to bridge the gap. “We maxed it out,” says Marcia. After five months of scraping by, she was offered a job—at 30 percent less than she’d made before. Marcia accepted the pay cut. “I got this job just in time,” she says. “Things are back on track now.

About 45 percent of unemployed Americans have been out of work for 27 weeks or more—what the U.S. Department of Labor considers “long-term unemployed.” If you’re one of them, follow this advice. (more) 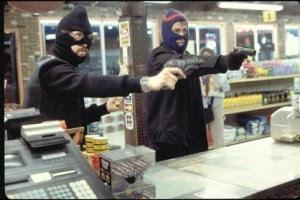 Taxpayers, senior citizens, and everyone who is even near approaching retirement are facing their own Waterloo. Bondholders are going to be competing with the pension beneficiaries for scarce government resources on the local, state, and federal level for there is just not enough money to pay everyone their due. Already Social Security is failing the elderly by not keeping up with inflation, but that is just a whiff of what is yet to come.

Big U.S. cities and counties are being put in a headlock by unfunded public pensions as they face a $574 billion funding gap. The gap at the municipal level would be in addition to $3,000 billion (3 trillion) in unfunded liabilities already estimated for state-run pensions, according to research from the Kellogg School of Management at Northwestern University and the University of Rochester. The financial demands of unfunded pension promises come as state and local governments grapple with years of falling tax revenue related to the recession.

The government has to do something so they will probably do what they do best—steal from the common man and give it to the rich. Until the very end when the system just collapses in on itself, we will see evermore-desperate plans to save the sinking ship. Actually, according to some, it is really not a rescue attempt but just efforts to give the “rats” more time to abandon ship, leave the country, get into gold, build underground shelters, and have more fun at everyone else’s expense. (more)

Rollover-1981- Aftermath of the Gold Scandal and World Economic Collapse