A Look at Gold Charts

We have been monitoring the gold market closely for the past several weeks in anticipation of the development of a meaningful low, and today’s sharp move higher was a bullish signal that suggests the anticipated low may be in the process of forming right now. Gold closed well above resistance at the upper boundary of the downtrend from early January on the daily chart, confirming the start of a new reaction.

From a temporal perspective, we are 5 trading days into the cycle following the Short-Term Cycle Low (STCL) on January 27, and today’s move up to a new short-term high is a bullish sign that indicates the current cycle may be right translated. If the developing reaction continues to strengthen and consolidates the gains of the past 5 sessions at current levels or higher, the bullish translation will be confirmed.

A strong close tomorrow would create a bullish engulf pattern on the weekly chart, signaling that the latest ITCL very likely occurred last week and forecasting additional gains during the next 2 to 3 months. 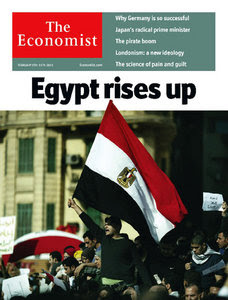 WHERE CAN VIX FUTURES GO?

Since we have seen a very steady decline in VIX futures across the curve, I thought it was an opportune time to look at how VIX futures behaved in the last few years. It is hard to say that we will decline back to pre-2007 levels considering the crisis we have been through, the huge government deficits, and the continued weak employment levels and housing market. That being said, I think it is good to get a perspective of what I believe would be a floor to what we should expect.

By looking at the 5th month VIX futures contract over time, I pinpointed a few different spots in the last couple of years that I thought would be interesting to look at relative to today. Each point marked a low within its own slice of time: 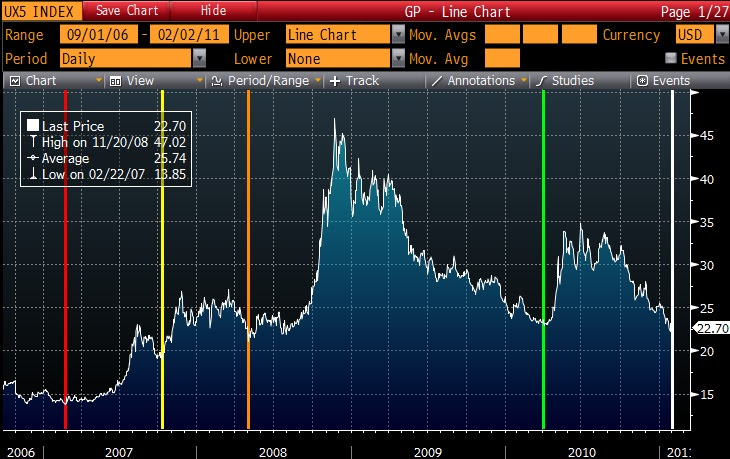 What a wild ride vol took

With these spots in time marked, now we need to dive into what the VIX futures curve looked like at the time: (more)

Treasuries fell for a fifth day and the dollar gained after the U.S. unemployment rate unexpectedly dropped to the lowest level since April 2009. U.S. benchmark stock gauges returned to the highest levels in 2½ years.

The U.S. jobless rate for January dropped to 9 percent, below the 9.5 percent forecast in a Bloomberg survey of economists, even as employment increased at one-fourth the projected rate after winter storms depressed hiring.

“We’re along the path to recovery,” said James Gaul, a money manager at Boston Advisors LLC in Boston, which manages $1.7 billion. “The picture overall looks better. However, chances are we might need another full year to see consistent gains in payrolls.” (more) 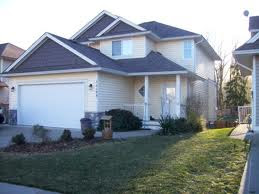 House prices in Canada will fall over the next several years by as much as 25 per cent, creating a massive impact on the economy and possibly pushing the country into recession, says a forecast.

“The recent housing boom has resulted in the largest rises in house prices ever seen in Canada, which have been similar in magnitude to those during the recent boom in the U.S.,” said Capital Economics analyst David Madani in a report released Thursday. “Unfortunately, the subsequent falls in prices could also be just as severe as those elsewhere.”

Madani is predicting house prices will fall by a cumulative 25 per cent over the next several years, or “in the same ballpark as the recorded declines in the U.S. and other countries.”

other economists think that prices and sales in Vancouver and Toronto are likely to dip in 2011 because the two cities have shown a significant, and possibly unsustainable uptick over the last decade.
But most have backed away from the bubble word. (more)
at 12:13 AM No comments: Links to this post 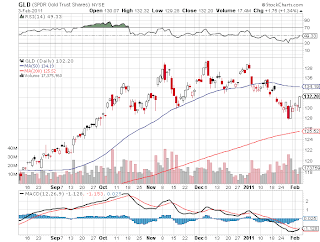 John Paulson is president of one of the world's most famous hedge funds. He raked in more than $5 Billion in profits for his firm, Paulson & Co., last year. Paulson got his BA from New York University‘s College of Business and Public Administration and his MBA from Harvard Business School. In 2007, during the mortgage bubble, he shorted subprime mortgages and provided enormous abnormal returns. Paulson's 2010 profit was one of the greatest returns in investment history, and one of the reasons for his fame. In 2010 Paulson won Absolute Return’s “Best Long-term Performance (over five years)” award for his Advantage Fund.

John Paulson regularly emphasizes fundamental analysis to make investments. Right now 45% of his US equity portfolio is basic materials and companies in the finance sector. Paulson’s total assets under management is about $35.9 Billion, higher than the 2010 value ($32.1 Billion). Approximately $23 Billion of his clients’ money is invested in US securities. According to Paulson’s year end letter, he transitioned the strategy from short equity bias/long distressed focus to a long equity event focus in 2010. Paulson reinvested all his gains back into the funds since inception. He also encourages his investors to make long term investments on the fund.

Paulson's 13F filings from the most recent 4 quarters reveal that in the US equity market, he usually makes short-term investments. He had invested in 149 different stocks during the year and only 6 of them remained in his portfolio until the end of the September. (more)

In a recent Bloomberg interview Marc Faber says equity markets about set to correct. He believes global inflation is causing instability and should lead to higher oil prices. Faber believes emerging markets could decline as much as 30% from current levels and that developed markets are likely to outperform. Ultimately, Faber is still very bearish about the long-term as he expects the Fed’s incessant intervention in markets to cause another crisis.

The Government-Gold Screw Job of 1933 By The Mogambo Guru

Art Arbutine of Belleaircoins.com has a nice pamphlet titled “Everything you wanted to know about buying and selling precious metals, and then some!!!!!”

I have to admit that I was certainly intrigued by the five exclamation points, with the result that my Super Mogambo Senses (SMS) switched to high-alert status, looking for signs of danger, at the sight of them.

And fortuitously so, as I soon found dangerous things! Firstly, he writes of Roosevelt in 1933 infamously ordering that everyone turn in their gold at the nearest bank and receive fiat currency in exchange.

Re-read the previous paragraph, and see if you detect a Big Screw Job (BSJ) in getting a $20 bill in exchange for $20.80 in gold, too.

Being a paranoid, conspiracy-nut, lunatic whacko like I am, I contribute to the genre by declaring that Franklin Delano Roosevelt was a cripple who was confined to a wheelchair, and who was so angry about his infirmity that he said, “I may be crippled and in this wheelchair, but I can still give an instant 3.9% Big Screw Job (BSJ) to an entire country by forcing the citizens to accept a lousy $20 bill for $20.80 in gold! Up yours, Americans, walking around and laughing at cripples like me! Hahaha!” (more)

Jim Rogers is one of my favorite commentators because he has a lot of common sense and keeps it simple. His decades of investing success proves that common sense is a true commodity in investing.

In the following interview, Jim Rogers reiterates his bullish stance on commodities. No surprise here. However, in a change from his long-standing position, Rogers he is finally going short stocks. I have opened up small short positions myself, so I am in agreement with him. In my opinion, this is definitely one of the better times to be holding bearish options.

As for gold, it was not able to follow through on yesterday’s solid rally. It appears like gold will close at critical the support level of $1350. This is a level that absolutely needs to hold. Although I will probably be buying at $1320, a retest of this level is not the ideal scenario. A rally in the spring or summer is much more likely with another breakdown below $1350.

Yields on treasuries have quietly crept up to 3.64% on the 10 year. Treasuries, along with gold and the dollar, are one of the most important markets. Not only will mortgage origination suffer with higher rates, but so will our ability to service our debt. RIsing treasury yields continue to demonstrate that QE2 is outright failing. Stay tuned. 4% on the 10-year is a very important level.

We are gettug closer and closer to a time when volatility will spike ala 1931-1932. Sovereign defaults are coming and outright confusion will drive investors to gold. We still haven’t seen anything yet in the gold market.

The Real Reason the Market Keeps Rising No way to justify the strength of the U.S. markets aside from Fed policy

What the Markets Are Saying

It was a bit like U.S. investors fiddled while Cairo burned. The lack of interest on the part of the investment media to the goings-on in Cairo was astounding, as was the market’s lack of reaction to the events that now engulf much of the Middle East.

The Muslim Brotherhood threatened to close the Suez Canal, and a new series of uprisings were reported in the United Arab Emirates, but despite all of that, oil prices fell. Even the traditional hedge against war and uncertainty — gold — failed to respond, and the dollar rallied.

But it all makes sense in a world where the Federal Reserve has taken charge of the money supply. On Wednesday afternoon, I attended an investment conference sponsored by one of the country’s most successful money managers. He began by reminding the group that the most important thing to acknowledge about today’s market is expressed in the Wall Street truism, “Don’t fight the Fed.” Investors who acknowledge the direction of the Fed make money, and those who “fight the Fed” lose money. Let’s keep that in mind as we review this week’s indicators.

The sentiment indicators again showed an overbought market with the AAII reporting that last week, the bulls increased by 9.5% as the proportion of individual investors who expect stock prices to rise over the next six months rose to 51.5%. Bullish sentiment (a contra-indicator) has now been above its historical average of 39% for 22 consecutive months — the second longest streak in the survey’s history.

And Investors Intelligence (II) reported that bullish advisor sentiment fell to 52.7% from 55.1% the prior week. In mid-December, the bulls were 58.8%. Since this survey is also a contra-indicator, it would seem that this was a better sign for the markets. II went on to say that the difference between the bulls and bears, at 30.7%, is close to being out of the status of a “high bearish reading.”

As for our internal indicators, all are overbought with the exception of the Relative Strength Index (RSI). RSI has fallen from “extremely overbought” to just “overbought” in only one week, the result of the market’s reducing upside momentum.

Now, getting back to the Fed. There is just no way to justify the strength of the U.S. markets aside from Fed policy. Yesterday, Chairman Ben Bernanke said that with high unemployment and little inflation in sight, the Fed will keep supporting the economy. And so, despite our other indicators, the “Fed Indicator” is for more stimulus. Rates won’t be going up anytime soon, and the probabilities are high that the stock market will continue to rise.

The chairman also denied that Fed policy was contributing to commodity inflation, but didn’t elaborate on why futures markets around the globe are hitting new highs.