I have to admit that the surge in house prices has surprised me.   In May of 2012 I said the risks in the housing market had changed dramatically and favored those who were willing to buy a house:


“the base case here for national real estate is that the risk/reward of buying a home has changed substantially and is no longer skewed to the bear case.”


But I did not expect the ensuing 12 months to be as bullish as they have been.  According to CoreLogic house prices are up 12.2% year over year.  This morning’s update from their Chief Economist was extremely bullish:


“It’s been more than severn years since the housing market last experienced the increases that we saw in May, with indications that the summer months will continue to see significant gains.  As we approach the half-way point of 2013, home prices continue to respond positively to the reduction in home inventory thus far.”.

And that’s been the big kicker here.  Demand has steadied and inventories have cratered.  Months of supply are at trough levels: 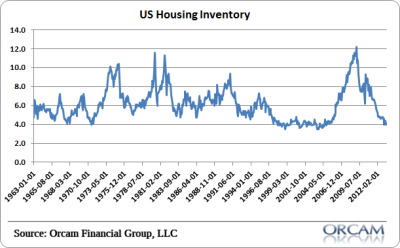 This is obviously a sign of better times.  But it could also be a sign of a return to the asset based booms that we’ve seen repeatedly in the last 20 years.  This sort of year over year change in house prices is fast approaching highly unusual levels which to me, means it’s becoming less sustainable.  It would be truly historic if we were able to reinflate a bubble so quickly after one had just burst.  Perhaps Fed policy is finally gaining some real traction?  Unfortunately, it works largely through the housing market and if the current trends continue then that means more consumer leverage, more Wall Street leverage and it will all be based on unsustainable asset price trends.  Sound familiar? 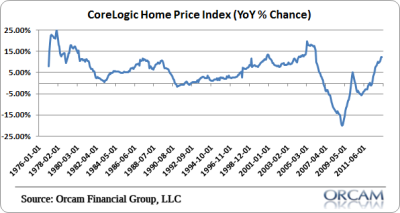 What Solar Activity Is Warning Us About 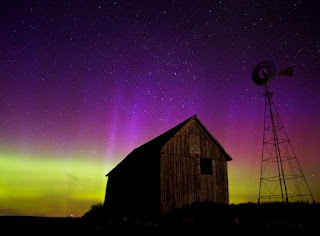 On June 28th a geomagnetic storm began, at its peak the storm sparked Northern Lights across the US as far south as Kansas.  Many observers have reported green and purple skies.  Take note of subtle changes occurring in the power structure of the government as agendas may seem to be in disorganized while we are experiencing a peak cycle of solar activity into 2014.  The current cycle of sunspots and solar flares affects the weather of the planet, the moods of its people, even business cycles and, of course, the release of spiritual light-energy to the earth.  The sunspots and solar storms give a warning to all who will read and run that change is in order.  It is interesting to note the shift in the Federal Reserve’s rhetoric last week preceding the solar storm.

As a reminder, I have suggested in past updates (see March 31st and April 7th update) that we are in a Saturn return cycle from July 4, 1984 where a dispensation of the sun (Helios) began.  There are very esoteric implications within this cycle that the solar activity is warning us about,  evidenced in the release of light into the earth as a harbinger that change is coming.  The key dates I have mentioned were April 6, 2013, September 18, 2013, and September 28, 2013.  During the cycle in September Saturn and Pluto will be in the final rare mutual reception, the implication here is a huge “shape shift.”  The influence is like a Hail Mary Pass where the world dodges a set of dire consequences, and like the monopoly game, we “pass go” without paying a price.  A descent of karma is taking place and everyone will be on their own merit.  Those who have by their own accord made the right choices are moving on.  Certain agendas of the power elite will likely unravel and in my view the concept of Austrian Economics and “the hand,” as Adam Smith described, continues to guide the flow of prosperity and is more powerful than the constant ‘fiddling’ by the Fed.

History has shown a marked period of decline and instability during the extreme solar phase.   In March 1989 the flares produced more than a light show.  In March 1989 a series of solar flares may have had a hand in triggering the following dramatic events:

The Eastern Airline strike and petition for bankruptcy; two train wrecks in the British isles, rioting in Lhasa the capital of Tibet, which resulted in the imposition of martial law; civil unrest in Yugoslavia, Czechoslovakia and Estonia; political upheaval in Greece as Prime Minister Andreas Papandreou was caught up in personal and financial scandals; a break in diplomatic relations between Britain and Iran over Britain’s refusal to suppress The Satanic Verses, a novel by Salman Rushdie; a serious outbreak of fighting in the ongoing Lebanese civil war; A Chilean fruit scare, which began when the Food and Drug Administration impounded all Chilean fruit in the US after inspectors discovered that two grapes imported from Chile had been injected with cyanide.

Between May 29 and June 4, 1989, a 26 M-class and 2 X-class flares erupted.  On June 4, upheaval in China reached a crescendo with the Tiananmen Square massacre.
Please share this article
at 12:05 AM No comments: Links to this post 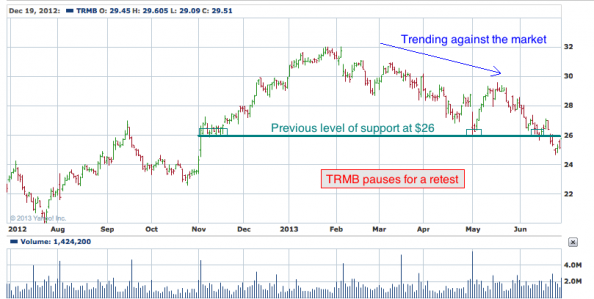 TRMB had been moving higher since July, but then peaked back in January. Over the last (8) months the stock had formed a level of support at $26 (teal). You can also see how the stock seemed to be hinting of a potential breakdown being that it had been trending lower (blue) in the face of a rising stock market. Well, last week the stock did break that $26 support and should be moving lower overall from there.
The Tale of the Tape: TRMB has broken its support at $26 and the stock has started moving lower. A short position could be entered on any rallies back up near $26 with a stop placed above that level. A break back above $26 would negate the forecast for a move lower.
Please share this article
at 12:05 AM No comments: Links to this post

Turning of the Tide in Gold Sentiment


About this week’s show:
-Financial market & derivative frailties
-Successful “Bear Raid” on gold is over
-East benefits from western paper gold sell off

bullmarketthinking.com / By Tekoa Da Silva / July 3, 2013
I had the chance recently to reconnect with Don Coxe, chairman of Coxe Advisors LLP, during a time in which Don indicates that Western central banks are, “putting at risk capitalism itself.”
It was a fascinating interview, as Don recounted the wisdom of his father during World War II, who as a battlefield surgeon, was cited for having administered more battlefield anesthetics than any other Canadian doctor. Don further noted that heroin was required in treating severely wounded soldiers—but the precision lay in knowing when to take them off, as there was a delicate balance between easing pain—and destroying the productive life of a person.
A similar balance, Don explained, is being aggravated in the western economies today, as central bankers led by the Fed’s Ben Bernanke, are continuously pumping heroin into the veins of the financial system.
Describing this dynamic in detail, Don related,
“The analogy I have used for three years is the experience of my father in World War II as a battlefield surgeon. He did more battlefield anesthetics than any other Canadian doctor (for which he was cited) and the anesthetic for severely wounded soldiers was heroin—which was legal.
READ MORE
Please share this article
at 12:03 AM No comments: Links to this post