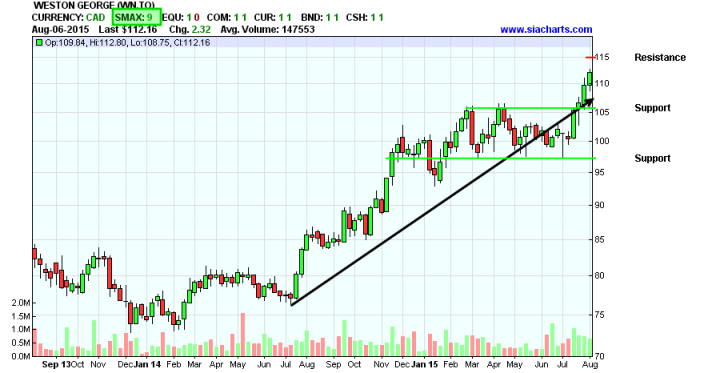 Chart of the Day - US Concrete $USCR

The Chart of the Day belongs to US Concrete (USCR).  I found the concrete products stock by using  Barchart to sort today's All Time Highlist for the stocks with the highest Weighted Alpha then used the Flipchart feature to review the charts.  Since the Trend Spotter signaled a buy on 7/13 the stock gained 32.38%. 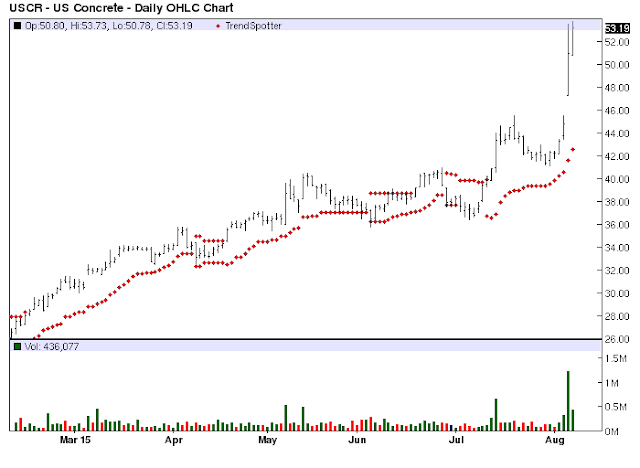 Fundamental factors:
at 12:03 AM No comments: Links to this post 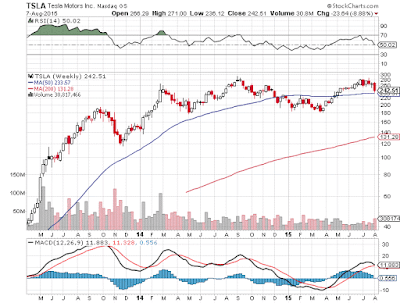 It's crunch time for Tesla Motors.

The Silicon Valley automaker is losing more than $4,000 on every Model S electric sedan it sells, using its reckoning of operating losses, and it burned $359 million in cash last quarter in a bull market for luxury vehicles. The company on Wednesday cut its production targets for this year and next. Chief Executive Elon Musk said he's considering options to raise more capital, and didn't rule out selling more stock.
Musk has taken investors on a thrill ride since taking Tesla public in 2010. Now he's given himself a deadline, promising that by the first quarter of 2016 Tesla will be making enough money to fund a jump from making one expensive, low volume car to mass producing multiple models, and expanding a venture to manufacture electric power storage systems. (more)
at 12:03 AM No comments: Links to this post