Today John Embry spoke with King World News about the the $67 trillion shadow banking system, $10,000 gold, and how this will all end. Here is what Embry, who is chief investment strategist at Sprott Asset Management, had to say: “I’m a big admirer of Ketih Barron because I was big player in his company Aurelian. I think he’s a very smart guy and he understands the business extremely well. I agree with him that gold production is headed for a big decline going forward.
You have to remember that until the 1980s, virtually all of the mining in the world was underground mining, and the grades were a lot higher than they are now. This is because a lot of the gold that was easy to mine has already been mined and we are having to go deeper and deeper.”
John Embry continues @ KingWorldNews.com

Treasury Secretary Timothy Geithner said Friday that Congress should stop placing legal limits on the amount of money the government can borrow and effectively lift the debt limit to infinity. On Bloomberg TV, “Political Capital” host Al Hunt asked Geithner if he believes “we ought to just eliminate the debt ceiling.”
“Oh, absolutely,” Geithner said. “You do? Will you propose that?” Hunt asked. Well, this is something only Congress can solve,” Geithner said. “Congress put it on itself. We’ve had 100 years of experience with it, and I think only once–last summer–did people decide to use it to threaten default on the American credit for the first time in history as a tool for political advantage. And that’s not a tenable strategy.”
Hunt then asked: “Is now the time to eliminate it?”
“It would have been time a long time ago to eliminate it,” Geithner said. “The sooner the better.”
Read More @ CNSnews.com
at 12:07 AM No comments: Links to this post

silverdoctors.com / By The Doc / November 19, 2012
In the latest Hayman Capital Management newsletter, Kyle Bass states that quantitative easing will not lead to prosperity and will result  in leading the American sheep to slaughter, exposes the fallacy of the European bank bailouts, and states that the Western debt crisis is likely to lead to all-out war.
How convenient for our bankster friends!  Blame the Western financial collapse on WWIII, when in reality, it is the collapse of the Keynesian fraudulent Western fiat system that will likely instigate WWIII.
READ MORE
at 12:06 AM No comments: Links to this post

By Greg Hunter’s USAWatchdog.com
Money manager Eric Sprott says, “The central banks’ gold is likely gone with no realistic chance of getting it back.”  Don’t expect this revelation to get any coverage by the mainstream media.  In an interview last week, Sprott’s analysis was met with words such as “gold bug” and “conspiracy theory.”  Sprott answers that sort of disrespect by saying, “We’ve had so many conspiracies, I don’t know why anyone would think this was unusual.”  To back up his point, he named “LIBOR, electricity markets in California and the Madoff” scandals.  Sprott’s analysis shows a “flat supply” and at least a “2,500 ton net increase in gold demand” since 2000.  “Where’s all the gold coming from?” asks Sprott.  He says Western central banks “. . . keep supplying this market with product in order to keep the price down so nobody knows how vulnerable the situation is.”  Sprott, who manages nearly $10 billion in assets, boldly proclaims, “We have a shortage of gold.”  Join Greg Hunter as he goes One-on-One with Eric Sprott of Sprott Asset Management.

The "Chart of the Day" is HollyFrontier Corp (HFC), which showed up on Friday's Barchart "All-Time High" list. HollyFrontier on Friday posted a new all-time high of $42.65 and closed +1.89%. TrendSpotter has been long since Nov 12 at $41.37. In recent news on the stock, Imperial Capital on Nov 15 initiated coverage on HollyFrontier with an Outperform rating and a target of $50. Barclays on Nov 9 upgraded HollyFrontier to Overweight from Equal Weight and raised its target to $65 from $55 due to a positive dividend yield and favorable pipeline economics. HollyFrontier Corp, with a market cap of $8.5 billion, produces and markets gasoline, diesel, jet fuel, asphalt, heavy products and specialty lubricant products.

Today James Turk sent King World News exclusively a chart that every investor needs to see.  It really is true that a picture is worth a thousand words.  But first, here is what Turk had to say about the the markets and what is happening behind the scenes:  “What a great way to start the week, Eric.  Even the stock market is rising, possibly because it was due for a bounce after the pummeling it has taken lately.  But it probably bounced because the Federal Reserve has started the printing presses now that the election is over.”
James Turk continues:
It is beginning to pump some money into the system.  Last week it turned $42.5 billion of debt into dollar currency – what is called monetization.  Only $2 billion was new cash currency, which are the dollar notes that we carry in our pocket.  The rest was deposit currency, which are dollars that circulate within the banking system.
Regardless, both are currency, and they both can juice the system, though deposit currency tends to have a bigger and immediate impact because it circulates more efficiently and usually more quickly….
READ MORE 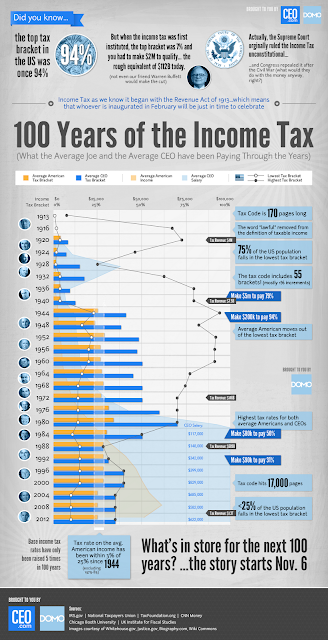