In this candid discussion, precious metals experts Eric Sprott, John Embry and Rick Rule discuss a wide range of topics related to precious metals investing including macro economic issues, expanding central bank balance sheets, and the role of precious metals in protecting your purchasing power. A detailed analysis of the gold, silver and platinum/palladium markets, and a Q&A session round out this great discussion.

Please bookmark us
at 12:08 AM No comments: Links to this post

Shiller: housing is shelter not “an investment” 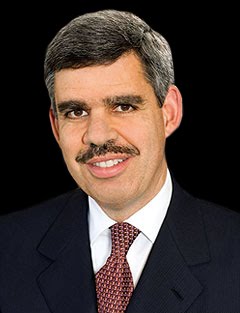 Top of the agenda at this week’s G20 summit in Moscow: Currency Wars. The G7 put out a statement earlier in the week to dispel fears over competitive devaluations. It ended up sending a muddled message that resulted in more volatility in currency markets.
One constant question in the currency war debate is this: is concern over a new round of currency wars merited? Or are central banks carrying out policy in-line with their mandates, as unconventional as those policies may be (an argument the former chairman of the Swiss National Bank made in the Financial Times)?
Mohamed El-Erian, CEO and co-CIO of PIMCO, which runs the largest bond fund in the world, tells The Daily Ticker it’s both.
“It’s important to understand that,” he says, “because that means it’s not going away, it’s going to get worse.”
Continue Reading at Finance.Yahoo.com…

Why Now is the Time to Short Japan’s Debt

Wal-Mart shares are plunging as the firm reports a ‘total disaster’ in its February sales. Bloomberg obtained internal emails that note:

“In case you haven’t seen a sales report these days, February MTD sales are a total disaster,” Jerry Murray, Wal-Mart’s vice president of finance and logistics, said in a Feb. 12 e-mail to other executives, referring to month-to-date sales. “The worst start to a month I have seen in my ~7 years with the company…. That points to our competitive landscape, which means everyone is suffering and probably worse than we are”
It gets better:
Continue Reading at ZeroHedge.com…

Nearly half of Americans are one emergency from financial ruin

Nearly 44% of American households are one emergency away from financial ruin.

That means they don't have enough savings to cover basic living expenses for three months if something unforeseen happens such as losing a job or falling sick, according to a recent study by the Corporation for Enterprise Development. Almost a third of Americans have no savings account at all.
"These families have had to prioritize today's expenses over tomorrow's goals," said Andrea Levere, the group's president.

California ranks 38th among all states for the ability of its residents to achieve financial stability, the report says. Those living in the Golden State are bedeviled with an average $13,825 in credit card debt and high housing costs.

Many people living precariously have jobs. About 75% are working full time, and more than 15% are earning middle-class incomes of more than $55,000 a year, according to the report.

But despite steady jobs, many of those surveyed are surviving paycheck to paycheck, trying to cope with the recession's aftermath; one emergency could tip them over "the edge of financial disaster."
Possible reasons for their lack of savings? Experts say many factors could be at play, including stagnating wages, rising prices and high credit card debt.

Felix Zulauf – We Have Never Seen Anything Like This In History

from King World News
Renowned money manager Felix Zulauf told King World News that despite the rally in stocks, the world economy is still in trouble. Zulauf, founder of Zulauf Asset Management and 20+ year Barron’s Roundtable panelist, believes the current euphoria among investors and optimistic expectations going forward are creating a very dangerous environment. Zulauf also feels that although there has been a long consolidation in gold, the fundamentals are still quite bullish.
This is the final part of a three part written interview series which has been released on King World News. In these interviews the legendary money manager has discussed why he believes central planners will fail, how this will lead to systemic collapse, gold repatriation, what investors should be doing with their money right now, how they can protect themselves going forward, and much more.
Continue Reading at KingWorldNews.com…

Why economic freedom is so important

Economic freedom involves more than just the freedom to buy and sell products and services. It allows us to be free in our interactions with other people. Economic freedom enables us to travel, to say what we want to say, to do what we want to do. This is how Prof. Antony Davies describes the 'positives' of somewhat commonsensical benefits of economic freedom. In this brief clip, he shows how economic freedom is associated, in the data, with a number of positive indicators of a healthy country. For the first 3:30 of this fascinating discussion, the professor clarifies how great it all is... then just when you're feeling wonderfully smug, he shows the facts for the USA, as we discussed here and here, things are trending away from economic freedom for Americans.