There are many ominous parallels between Argentina and the U.S. and the question often asked is can America avoid the economic consequences that Argentina suffered from a fascist government combined with government debt and currency collapse? I believe the answer is likely NO!

"There are a lot of ways to ruin an economy. Argentina has experimented with most of them. It has devalued its currency, and revalued it. It has pegged it, and then knocked down the peg. It has regulated, controlled, inspected, taxed and confiscated. Following the 2001 crisis, earnings fell by 30% – with half the nation slipping below the official poverty line. What is remarkable is that the Argentine economy has survived at all." ~ Bill Bonner

Down Argentine Way was the 1940 film that made a star of Betty Grable, who played an attractive young woman on vacation who fell in love with a wealthy racehorse owner. The storyline actually reflected a common occurrence during the 25 years prior to the film debut.

In the early 20th century, "as rich as an Argentine" was a common expression, often used in connection with poor British aristocrats attempting to marry off their daughters to wealthy Argentinians. Argentina was indeed a wealthy nation; for example, we all know about Harrods Department Store in London. Few realize that during this period of Argentine prosperity, Harrods also ran a store in Buenos Aires. (more)

Oil prices will climb to $100 a barrel, Shokri Ghanem, chairman of Libya’s National Oil Corp., said, as Arab oil ministers and officials gather in Cairo for a weekend meeting.

Ghanem told reporters that market conditions will determine whether OPEC decides to increase production quotas next year, without specifying a timeframe. Libya’s top oil official is in the Egyptian capital to attend a Dec. 25 meeting of the Organization of Arab Petroleum Exporting Countries.

OAPEC, seven of whose members are also part of the Organization of Petroleum Exporting Countries, was established in 1968 to foster the development of the petroleum industry in member states as part of an economic integration plan among Arab countries.

OPEC, which accounts for 40 percent of global oil supply, decided at its last meeting in Quito, Ecuador, on Dec. 11 to maintain its production target of 24.845 million barrels a day, set in 2008. OPEC’s next formal meeting is scheduled for June 2011. (more)

The chief of procurement for Dunkin’ Donuts Inc. outlets urged the top U.S. commodity regulator to limit speculation in raw materials like sugar, wheat and coffee as Arabica beans rose to a 13-year high.

The CHART OF THE DAY shows coffee prices and net-long positions held by managed money including hedge funds, commodity trading advisers and commodity pools, according to the Commodity Futures Trading Commission’s weekly Commitments of Traders report. Long positions are bets that prices will rise.

“Something as simple as a good cup of coffee at a fair price is under threat today because of intense pressure by hedge funds and other speculators,” said Ed O’Rourke, chief procurement officer for Dunkin’ Donuts National DCP LLC, a franchise-owned cooperative that handles purchasing and distribution to more than 6,000 Dunkin’ Donuts and Baskin Robbins outlets nationwide, in a Dec. 14 letter to the CFTC.

The commission last week postponed a vote to propose limits on the number of commodity contracts one firm could own. Coffee rose 69 percent this year as stockpiles monitored by ICE Futures U.S. plunged 45 percent. Net-long positions held by managed money increased 79 percent this year. (more) 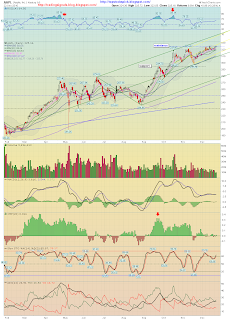 The following is technical analysis on Apple Inc (AAPL) stock for December 23, 2010

John Williams - The US Government is Insolvent 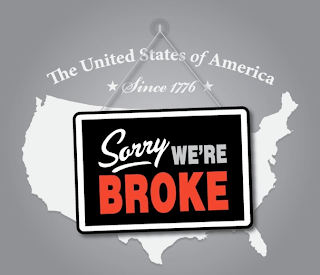 With the US government reporting financials, it seemed important to turn to John Williams of ShadowStats for an honest breakdown. John had this to say, “For 2010, gross federal debt was 94% of GDP, and total federal obligations were 443% (official) or 529% (alternative) of GDP, depending on the number used. The difference, though, is not material, as either ratio leaves the U.S. government insolvent over the long haul.


“2010 GAAP Accounting Shows Ongoing Unsustainable and Uncontainable Annual Federal Deficits. Against an official quasi-cash-basis reporting of a $1.294 trillion 2010 federal budget deficit, which narrowed from a $1.417 trillion shortfall in 2009, the 2010 Financial Report of the United States Government showed a GAAP-based 2010 deficit of $2.080 trillion, which widened from $1.254 trillion in 2009.


...Broader GAAP-based federal deficits, including the Social Security and Medicare unfunded liabilities, have been in the $4 trillion to $5 trillion range in 2008 and 2009, and 2010’s deficit again likely was near $5 trillion, remaining both uncontainable and unsustainable. The federal government cannot cover such an annual shortfall by raising taxes, as there are not enough untaxed wages and salaries or corporate profits to do so. On the spending side, all government spending, except Social Security and Medicare could be cut, but the broad GAAP results still would be in deficit. (more)
at 12:13 AM No comments: Links to this post 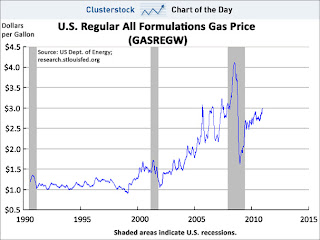