The United States, which posted a record deficit in the last fiscal year, may lose its Aaa-rating if it does not reduce the gap to manageable levels in the next 3-4 years, Moody's Investors Service said on Thursday.

The U.S. government posted a deficit of $1.417 trillion in the year ended September 30 as the deep recession and a series of bank rescues cut a gaping hole in its public finances. The White House has forecast deficits of more than $1 trillion through fiscal 2011.

"The Aaa rating of the U.S. is not guaranteed," said Steven Hess, Moody's lead analyst for the United States said in an interview with Reuters Television.

"So if they don't get the deficit down in the next 3-4 years to a sustainable level, then the rating will be in jeopardy." (more)

Watch What Institutional Investors are Doing 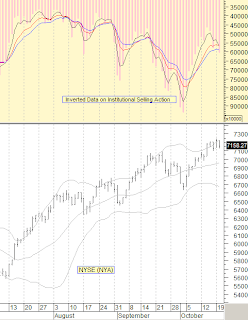 As an analytical firm, we pay for a lot of special data that the public can't get. Sometimes, the data is of major importance relative to what is going on in the stock market.

One such piece of data has to do with what Institutional Investors are doing. We all know that they are responsible for over 50% of any given day's volume ... which is why following this investment group is so important.

So today, let me share some of that data with you today. The data we will share is the daily "Institutional Selling Action". Every night, we take the data and feed it into a trending model chart that shows us the direction and trend of the Institutional Selling behavior. (more)

Are You Laughing or Crying About Markets?

Are You Laughing or Crying About Markets?

There's no question about it, the markets can be very difficult at times. On the other hand, you can laugh all the way to the bank if you approach the markets in a systematic way.

I was looking once again at the S&P 500 and many people have said the market has gone up, not on the fundamentals, but on the perception that things are going to be better. Perception is one of the most powerful elements of the market. I would say that perception trumps both the fundamental and technical.

So what's going to happen to the S&P 500? Is it going to continue going higher for the rest of the year, or are we close to a turning point?

In my new short video, I outline several key areas that this market is fast approaching. These levels could be the Achilles heel for this market and potentially set the direction for the rest of the year.
at 4:58 AM No comments: Links to this post 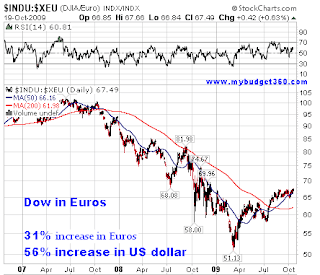 Many Americans have a hard time wrapping their mind around a declining currency or the hidden tax that is inflation. The U.S. Treasury and Federal Reserve understands this and for decades has exploited this issue to slowly siphon off the buying power of the U.S. dollar. Openly they tell the public that they are for a strong dollar policy but every action they take is guided to slowly debasing the currency. Take for example the current stock market rally. The Dow Jones Industrial Average is up 56 percent from the March lows. A stunning rally only seen one other time in history and we would need to go back to the 1930s for that. Yet at the same time, we have seen a collapse in the U.S. dollar. That is why oil, even though demand is relatively the same, is now back near $80 a barrel. (more)
at 4:53 AM No comments: Links to this post

3 signs of the next real estate collapse

When the FDIC closed Chicago's Corus Bank last month, it may have signaled the beginning of the next shock to the banking system: commercial real estate defaults.

Corus, whose balance sheet was larded with bad construction loans, is just one of many banks that have a slew of this debt on their books. Refinancing the $2 trillion in commercial mortgages will be tough, as property values decline. And in this new age of cautious lending, few banks are willing to refinance loans.

"There is a lack of new debt," says Michael Haas, a real estate attorney at Jones Day. "There is a hesitancy to extend credit when there is a real possibility that the real estate may be worth less than it was a few years ago." (more)

People continually ask me about the plans for a North American Currency, or Amero. They ask, "Will the Amero devalue the dollar, will it be silver?" I've read the news on it for years, but nobody knows, it's only theoretical and in discussions at this point.

But I do have several solid and well founded opinions.

1. A North American Currency will NOT be planned to be gold or silver. Silver's price (and gold's) is way too low still.

2. A North American Currency will probably not be accompanied by a rapid or massive 50-75% devaluation of dollars. That's not how they introduced the Euro, it was smooth, well planned, and prices were quoted in both Euros and national currency for two years during the transition. (more) 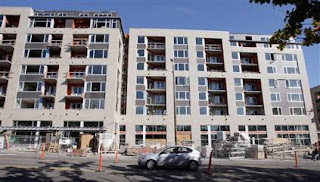 That big whoosh you're hearing is the air rushing out of a commercial real estate bubble.

More than two years into the worst housing crisis in decades, commercial real estate is shaping up as the second half of what some are calling a “double bubble.” Owners of shopping malls, hotels, office space and apartment buildings — and the bankers who financed them — face a major crunch over the next two years as the mortgages on those properties start coming due.

Much like homeowners who now owe more on their mortgage than their house is worth, many commercial property owners have seen the value of their properties plummet, increasing the risk of default on hundreds of billions in commercial real estate loans. (more)

Skarica, editor of the Gold Stock Adviser newsletter, is bullish on gold stocks and believes the sector has “a number of years to go.”

When the market crashed in 2008, gold stocks fell more than gold itself because they were owned by funds which had to liquidate them, Skarica tells Newsmax TV. (more)

Nobody is sure exactly how many bank walkaways are occurring. For various reasons, they can’t be identified in searches of public real estate and court data without individually pulling case files, experts say.

But nobody questions that they are on the increase.

• The lender files a foreclosure, gets the foreclosure judgment in court, takes the property to sheriff’s auction but doesn’t bid on it if no one else does. (more)

If you carefully read the history of the Great Depression of the ‘30s, you will see that at least twice during the Depression the stock market had a rally equal to the one we just had in the last few months. If you are a short-term trader, which I am not, you could probably make a lot of money. But those rallies were transitory, and the Depression wasn’t over until WWII brought us out of it.

Buy Rydex Inverse S&P 500 Strategy (RYURX). It’s cheap right now because of the rallying stock market and Rydex Inverse goes the opposite direction of the stock market. How much should you buy? At least as much Rydex Inverse as you have in stocks or other mutual funds, if only to offset the losses you will take in your portfolio over the next little while.

If you really want to profit big time, cut way back on your stock-market holdings and increase your Rydex Inverse holdings. There are two ways to bet against the stock market: 1) sell stocks; and 2) use Rydex Inverse Strategy as a contrarian bet.

Gold and silver have been rallying, and gold seems to want to hold above 1,000 and silver above $17. They have performed at least as well as the stock market, even during this rally. Increase your bullion holdings.

Jim Raby, my stock broker, believes the bankers will try to hold gold below 1,000, and he makes a pretty good case for it. However, it doesn’t seem to be working that way, so I would increase my bet on the metals, especially silver, because a big new player has entered the game – China.

China is now a big buyer of gold and silver for their banks. Chinese TV has been recommending that everyone should go to the bank to buy gold and silver. That’s 1.3 billion people getting propagandized. This is a major bullish factor for gold. Perhaps the bankers have met their match.

Increase your holdings of gold and silver bullion or coins. Take a whirl at the mining stocks as outlined in The Ruff Times.