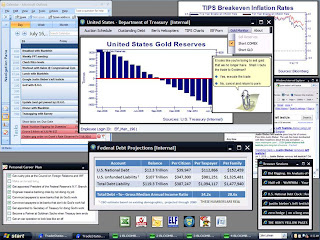 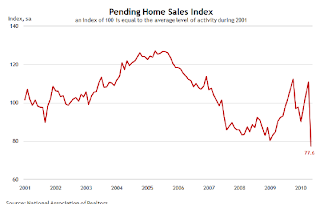 If the housing market is to see any sustainable growth moving forward we need to shore up our employment base. Fundamentally there has been a tremendous disconnect from measuring real estate growth and employment. This disconnect was the red hot fire that fueled exotic mortgage financing and led us into the biggest housing bubble the nation has ever witnessed. From 2000 to 2007 weak growth in the real economy didn’t stop housing from going up because lax lending and easy credit created a shadow economy based on funny money and neurotic real estate passion. It seemed like times were good but I’m sure a drunk also enjoys his buzz and isn’t thinking about the next day hangover. As of today, the entire housing market is being held up by a thread spun by incredible government intervention. When 95+ percent of all loans being originated come from Fannie Mae, Freddie Mac, and FHA insured loans you know this is unsustainable. (more)
at 12:49 AM No comments:

S & P - A Longer Term Outlook For The Market - Bleak

Not many look at charts beyond intra day and daily when assessing the markets. We are presenting the Quarterly and monthly charts, rarely viewed by most, because they portray the overall conditions of the market, sans the daily/intra day "noise" that keeps people focused on the proverbial trees. This is our "forest-like" point of view.

The bull market ended in the first Qtr of 2000. What followed was a normal correction in 2002, and then a retest of the market high. Why do we call it a retest if a higher high were made in the final Qtr 2007?
It sometimes happens that way, and this was one of those times. Note the size of the bars and the shorter duration in time to reach low in 2002, 11 Qtrs. Contrast that with the smaller ranges on a more labored rally to retest the high, 20 Qtrs, almost twice as long to cover the same ground lost. (more) 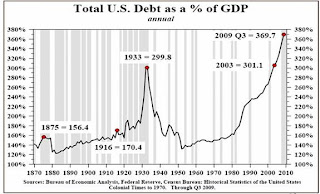 I have been writing about The End Game for some time now. And writing a book of the same title. Consequently, I have been thinking a lot about how the credit crisis evolved into the sovereign debt crisis, and how it all ends. Today we explore a few musings I have had of late, while we look at some very interesting research. What will a world look like as a variety of nations have to deal with the end of their Debt Supercycle. We’ll jump right in with no "but first’s" this week.

Part of this week’s writing is colored by my next conference. Next week I go to Vancouver to speak at the Agora Investment Symposium. I have a number of very good friends who will be there, both speaking and attending. This is generally a "hard money," gold-bug-type crowd (and a very large conference). Some (but not all) of the speakers believe that all fiat currencies, including the US dollar, will default in one way or another, either outright or through inflation, as mounting debts and out-of-control entitlement obligations force large-scale monetization, leading to high inflation if not hyperinflation. (more) 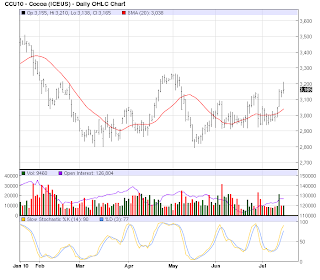 The purchase was enough to move the entire global cocoa market, sending the price to the highest level since 1977, and triggering rumours and intrigue in the City.
It is unclear which person, or group of traders, was behind the deal, but it was the largest single cocoa trade for 14 years.

The cocoa beans, which are sitting in warehouses either in The Netherlands, Hamburg, or closer to home in London, Liverpool or Humberside is equivalent to the entire supply of the commodity in Europe, and would fill more than five Titanics. They are worth £658 million.

Analysts said it was very unlikely that a chocolate company, such as Nestle or Kraft, or even their suppliers, would buy such a huge order in one go and that is was probable that one or a number of speculators, possibly hedge funds, had attempted to corner the market. By doing this, they would have control of the entire supply in Europe, forcing the price yet higher. (more) 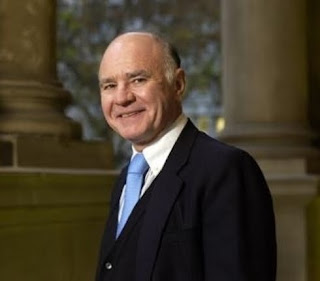 Marc Faber the Swiss fund manager and Gloom Boom & Doom editor said the US is so full of debt, stuck in a period of slow growth and high unemployment, that the Federal Reserve will soon have to revert back to crisis era policies.

Speaking to Bloomberg in a live interview Thursday, Faber said: " I am conviced the Fed will soon implement further quantitative easing," adding "and massively so".

"It will probably happen in september, October," Faber said, putting a timeline to his prediction.

Explaining his reasoning, he said: "The US economy is not robust".

Not buying into the good news brigade of commentators who believe the worst is behind us and the US economy is on the mend, he said: "We have mixed signals, but in general the economy is still weak". (more)

Raghavan Mayur, president at TechnoMetrica Market Intelligence, follows unemployment data closely. So, when his survey for May revealed that 28% of the 1,000-odd households surveyed reported that at least one member was looking for a full-time job, he was flummoxed.

"Our numbers are always very accurate, so I was surprised at the discrepancy with the government's numbers," says Mayur, whose firm owns the TIPP polling unit, a polling partner for Investors' Business Daily and Christian Science Monitor. After all, the headline number shows the U.S. unemployment rate today is 9.5%, with a total of 14.6 million jobless people.

However, Mayur's polls continued to find much worse figures. The June poll turned up 27.8% of households with at least one member who's unemployed and looking for a job, while the latest poll conducted in the second week of July showed 28.6% in that situation. That translates to an unemployment rate of over 22%, says Mayur, who has started questioning the accuracy of the Labor Department's jobless numbers. (more)
at 12:23 AM No comments:

Zero Hedge recently posted several insightful pieces from Hinde Capital, among which the fund's presentation on the ECB's role as the European Commission's whore, and more recently, its presentation on Gold as the "currency of first resort" (recreated below). Last week, fund manager Ben Davies, who previously ran trading for RBS Greenwich Capital in London where he managed a macro portfolio, gave a must hear interview to King World News, in which Ben covers various in depth topics on the gold market and shares his views on "unimaginable price possibilities for the final culmination of the gold bull." Among the things covered are the Andrew Maguire whitsleblower case, David Einhorn's transition from paper to physical gold storage (he notes the storage and indemnification risk), on whether the US government actually owns the hold it represents to holding (noting the demonstrative busting of the very unimpressive Russian spy ring), Russian gold reserve accumulation, where he detours into noting that while gold was 25% of Russian reserve holdings in 2000, it has since plunged to just 5% even as the country has been hoarding gold indicative of the massive currency creation across the world - as currency reserves have grown globally by $7.5 trillion. Ben touches upon the recently popularized concept by Jim Rickards, about an alternative currency basket (aka a new China-Russia-Germany axis) backed by actual physical resources (a modified version of the much dreaded gold standard): "there will be a standardization, a basket of currencies somewhere in the world, that will then become a competing reserve currency very quickly overnight." Most relevantly, Davies answers what he thinks the fair price of gold is: "between $10,000 and $15,000." (more)
at 12:22 AM No comments:

EUR Shorts Plunge, As CHF Goes Net Long For Only Fourth Time In 2010, JPY At Most Bullish 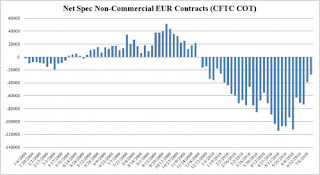 The CFTC reports that in the week ended July 13, speculative EUR net positions dropped once again, this time to -27k, the lowest since mid-January, and the fastest plunge every recorded since the all time biggest net short position recorded in May. In other non-EUR pairs, net spec positions in the Yen spiked to a 2010 high at 47k, while the CHF posted its first net bullish spec exposure since January at 15k. Lastly, the decline in GBP bearishness continues dropping to the lowest since January at 35k positions. Obviously, the speculators are aggressively betting against the dollar and in favor of other crosses. Then again, with even Goldman joining the EURUSD bull crowd, we are now fairly certain the bullish trade is heavy. (more)
at 12:19 AM No comments: 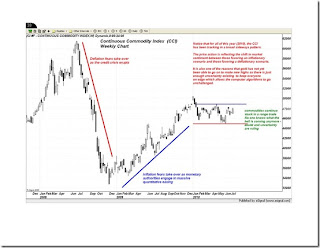