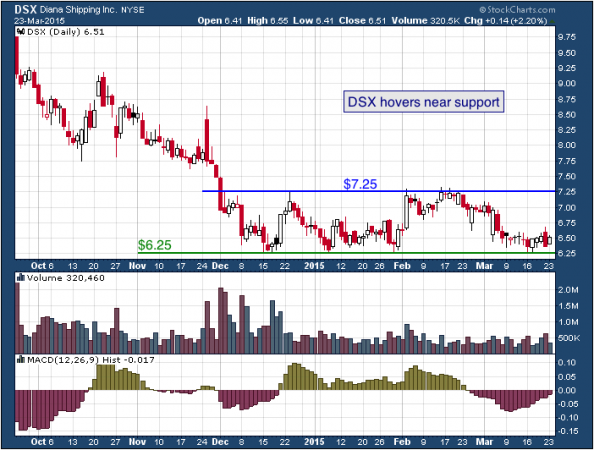 After a steady decline through-out most of 2014, DSX has been trading sideways over the last 3 months. During the sideways move the stock has formed a common pattern known as a rectangle. A minimum of (2) successful tests of the support and (2) successful tests of the resistance will give you the pattern.
DSX’s rectangle pattern has formed a resistance at $7.25 (blue) and a $6.25 support (green). At some point the stock will have to break one of the two levels.

The Tale of the Tape: DSX is trading within a rectangle pattern. The possible long positions on the stock would be either on a pullback to $6.25 or on a breakout above $7.25. The ideal short opportunity would be on a break below $6.25.
Please share this article
at 12:03 AM No comments: Links to this post 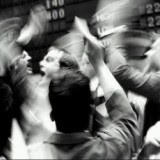 Today the man who remarkably predicted the collapse of the euro against the Swiss franc warned King World News that worldwide markets are going to see total panic as the massive derivatives bubble implodes!
Egon von Greyerz: “Eric, there are four people whose words and actions are considered to be critical for the world economy. I call them the three not-so-wise men and a lost woman….
Continue reading the Egon von Greyerz interview below…
Continue Reading at KingWorldNews.com…
Please share this article
at 12:03 AM No comments: Links to this post

John Rubino, Stocks and Commodities – A Reversal of Fortunes? 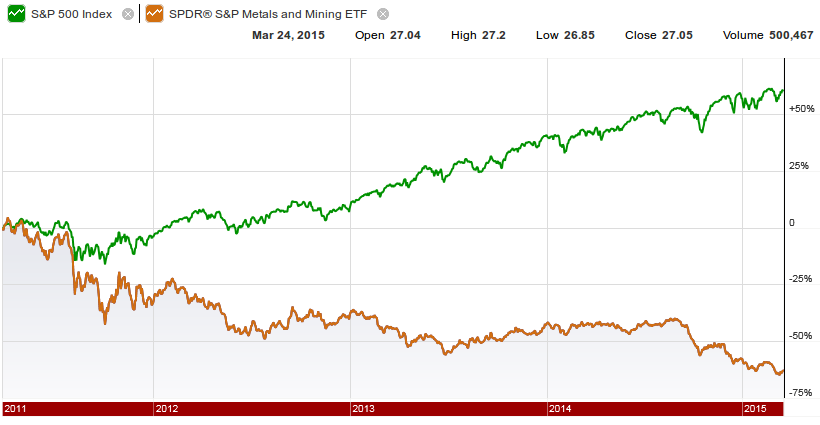 by Nick Hodge
Outsider Club
It’s no secret there’s some big contrarian profits to be made in the resource sector.
The metals and mining sector, as represented by the SPDR S&P Metals and Mining ETF (NYSE: XME), has lost ~63% of its value since this four-year bear market began:
[...] I know individual mining companies with world-class gold, silver, platinum and palladium assets that have lost upwards of 80% of their value.
The metals they own in the ground weigh the same they did five years ago.
Continue Reading at OutsiderClub.comPlease share this article
at 12:03 AM No comments: Links to this post

zerohedge.com / by Tyler Durden on 03/25/2015 13:57
Fifth ramp in 5 days takes WTI crude back above $49 for the first time in 2 weeks… on the heels of record production, record streak of inventory builds, and record inventory at Cushing. The 1Y spread has compressed to 2-month lows…
WTI melts up… 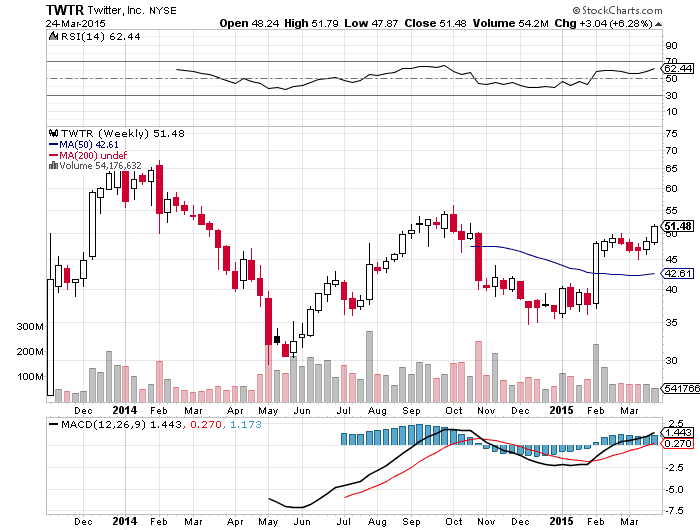 Twitter is gaining some serious traction as their business model is starting to make more sense with each passing day. The name of the game is to wait for the charts to confirm one’s bullish assumptions. The long white candle TWTR – Twitter printed today is the confirmation technical traders had been waiting for. There was no serious selling into the close which is a sign traders and institutions were building positions today in order to hold for the medium to long term.
As of yet FB – Facebook is the undisputed social media king but TWTR is starting to get its act together. To make a long story short, from a valuation perspective TWTR has probably more potential than FB and should start to outperform its peer stock. Time will tell.
Today’s break out to the upside with TWTR looks extremely constructive due to the significant volume increase and the break out of its recent sideways trading channel drawn in blue. If we see follow through within the next few days this will drastically increase the odds for TWTR to have started a run to the upside. I drew the potential start of an ABC chart pattern into the chart. According to technical analysis a conservative price target around 60$ seems more than reasonable.


What makes the current situation very interesting is that institutional money can easily pile into such a liquid big cap name like TWTR. Once they pile into a new name the run tends to last for quite some time as institutional money needs a lot of time to build their entire position. They also tend to support the stock all the the way up until their initial reason for entering is invalidated.
Please share this article
at 12:03 AM No comments: Links to this post