SEC May Approve Restrictions on Short Sales When Stocks Plunge

Concern that short-sellers accelerate stock declines may prompt the Securities and Exchange Commission to adopt a rule next month aimed at curbing bearish bets when equities are plunging.

The regulation would require the trades be executed above the best existing bid in the market when shares fall 10 percent in a day, said Brian Hyndman, the senior vice president in transaction services at Nasdaq OMX Group Inc. In a short sale, an investor borrows an asset and sells it, hoping to profit from a decrease by repurchasing it later at a lower price. (more)

Platinum Overtaking Gold as Metal of Choice With Auto Rebound 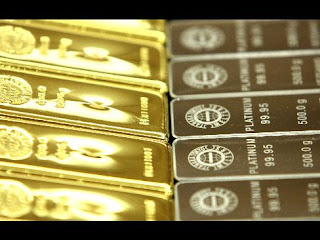 Even after a record 57 percent rally last year, platinum is cheap relative to gold, signaling more gains as demand grows from carmakers and exchange-traded funds.

An ounce of platinum buys 1.42 ounces of gold, down 42 percent from the record 2.43 ounces in 2001 and 23 percent less than the 10-year average, data compiled by Bloomberg show. Automakers, the biggest buyers, will expand output 20 percent this year, said Evan Smith, who helps manage $2 billion at U.S. Global Investors. Hedge funds raised their bets 163 percent in 2009, about twice gold’s increase. ETF Securities Ltd. funds lifted holdings to a record 594,465 ounces. (more) 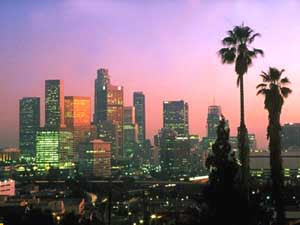 When a politician says something is "not an option" that generally means it is (or soon will be). Sometimes it means it is all but certain. With that in mind, please consider Mayor Villaraigosa says no bankruptcy for the city. (more)
at 3:19 AM No comments: Links to this post

Gerald Celente The Greates Depression of 2012

–I got a pre-declined credit card in the mail.

–I ordered a burger at McDonald’s and the kid behind the counter asked, “Can you afford fries with that?”

–If the bank returns your check marked “Insufficient Funds,” you call them and ask if they meant you or them.

–Hot Wheels and Matchbox stocks are trading higher than GM.

–McDonald’s is selling the 1/4 ouncer.

–Parents in Beverly Hills fired their nannies and learned their children’s names.

–A truckload of Americans was caught sneaking into Mexico .

–The Mafia is laying off judges.

–And, finally… the best for last

–Last night, I was became so depressed thinking about the economy, wars, jobs, my savings, Social Security, retirement funds, etc., I called the Suicide Lifeline. I got a call center in Israel, and when I told them I was suicidal, they got all excited and asked if I could drive a truck!

Stores Inc. said Sunday that it is cutting about 11,200 jobs at its Sam's Club warehouse division as it outsources its product-sampling department to marketing company Shopper Events in an effort to win more customers and boost lagging sales.

The terminations represent about 10 percent of the warehouse club operator's 110,000 staffers across its 600 stores. About 10,000 members of the demonstration department, most part-time workers, were let go. Employees were told the news at mandatory meetings on Sunday morning. (more)