Recovery? How About 'Relapse'?

by Gerald Celente,
Three weeks later [after early June 2010] the celebrated property rebound, along with the stock market, ran out of bounce. After the hefty government tax credits that had propped up sales expired in April, May purchases of new homes fell 33 percent to a record low, the fewest sales since 1963. Note that the US population stood at 190 million in 1963, compared to 310 million in 2010 … a 60 percent increase.

With private sector jobs being lost, incomes declining and tax bases shrinking, the increases in government spending were both unsustainable and destructive. More was being spent by the government than earned by the private sector. Not only were taxes not covering expenses, impoverished states with insufficient cash on hand to meet obligations were holding back tax refund checks! (more)

The Bond Market Is Signaling Trouble Ahead

My outlook for the economy and the stock market has steadily and significantly deteriorated since March 2010. That’s when monetary indicators started to signal renewed emerging stress in the financial system, and leading economic indicators started heading south.

The stock market was richly valued in terms of dividend yield and price/earnings ratios. And I predicted a topping formation followed by a new bear market. Since then the market has moved nowhere.

The Stock Market Is on the Verge of a Break Down

The most likely scenario now is a breakout below the lower boundaries of this topping formation — below the 1,010 level the S&P 500 reached on July 1. Such a move would definitely make clear that April’s high was THE high for the huge bear market rally that started in March 2009. (more)

What are America's investing legends buying? 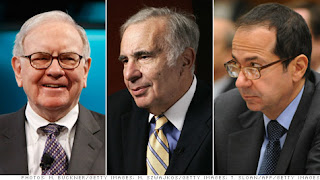 (CNNMoney.com) -- Whether it has been investing in gun manufacturers and energy companies or ditching food suppliers, America's best known investors were busy in the second quarter.

Here's what a few of them were up to, according to recent filings with the Securities and Exchange Commission.

The conglomerate reported that it acquired 4.4 million shares of payment processor Fiserv (FISV, Fortune 500) to its portfolio -- a new position for Berkshire -- and boosted its stake in health care companies Becton Dickinson (BDX, Fortune 500) and Sanofi-Aventis (SNY).

At the same time, Berkshire cut its stake in oil company ConocoPhillips (COP, Fortune 500) by 15% and shed shares of Kraft (KFT, Fortune 500) and Procter & Gamble (PG, Fortune 500), reducing its stake by about 1% in each company during the quarter. (more)

Let's get right to the details of of the filing...

-- The stock will trader under the ticker "GM"

-- It will be listed on the NYSE

-- The underwriting banks are a who's who: Morgan Stanley, JPMorgan, BofA/ML, Citi, Barclays, Credit Suisse, Deutsche, Bank, Goldman Sachs, RBC. The details of which bank gets how much has not been spelled out yet.

-- The risk factors list is enormous. It's pretty much everything you can imagine. Among them: 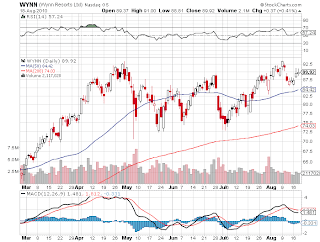 Analysts expect the highest growth rates in the services, tech and basic materials sector. Financials and utilities are expected to lag other sectors in terms of EPS growth. Here is the average expected EPS growth rate over the next 5 years by sector: 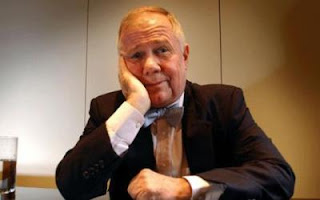 Crises come in many forms, whether they be due to the financial system, food, water, or war. That's why there are many different kinds of defensive investments and industries.

Here's a guide to the potential investments themes which could perform well across a variety of crises, combined with actionable ideas to investigate, and some of the famous bulls backing them. 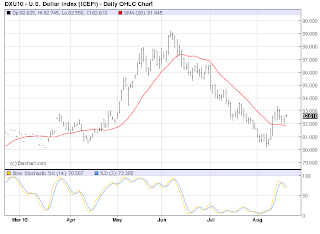 Normally when I cover subjects in the economy, I try to take a “macro” approach, giving an overall view of various financial elements around the world and how they are clearly connected to one another in a greater synchronous social force. That is to say, in Chinese domestic consumption, or European debt obligations, or Russian gold reserves, and in many other factors, is encoded the very future of our own American economy. Showing others how to decipher that code is my primary mission.

In this instance, however, I would like to focus chiefly on the U.S. Dollar, the private Federal Reserve currency which is now the basis for our entire financial system, not to mention a substantial basis for trade around the globe. For decades, the dollar (and by extension U.S. Treasury bonds) has been the standard by which foreign nations safeguard capital reserves, denominate debt, and in some cases have even pegged their own currency to maintain advantageous trade deficits. In the past, the Greenback has been treated as good as gold. Though many see this as a windfall for Americans, it is actually a very unfortunate circumstance. (more)

China: The Next Great Empire?

Standard Podcast: Hide Player | Play in Popup | Download
at 12:13 AM No comments:

U.S. bankruptcy filings have reached the highest level since 2005, government data released on Tuesday show, as the economy slows and the unemployment rate hovers just below double digits.
There were 422,061 bankruptcy filings between April and June, according to the Administrative Office of the U.S. Courts, up 9 percent from 388,148 in the prior three-month period, and up 11 percent from 381,073 a year earlier.

Quarterly filings surpassed 400,000 for the first time since a record 667,431 bankruptcies were begun in the fourth quarter of 2005, when Congress overhauled federal bankruptcy laws and made it harder for people and businesses to file. (more)

Time is running out for the West 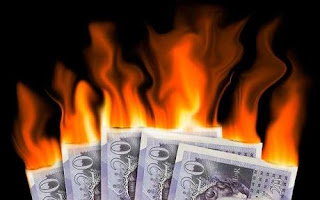 "Genuinely adverse debt dynamics were only expected to materialise in 15 to 20 years. The crisis has 'fast-forwarded' history, eroding all the time available to adjust, " said the group's quarterly Sovereign Monitor.

Moody's fears that the US will crash through its safety buffer by 2013 if growth falters (adverse scenario), with interest payments topping 14pc of tax revenues. The debt-to-revenue ratio has already doubled in three years to 430pc.

The US, UK, Germany, France, and Spain are all at risk of an "interest rate shock", either because they must roll over a cluster of short-term debt (US, France, Spain) or because deficits are so large.

Moody's said the world had changed since Europe's debt crisis. None of the large sovereign states can still assume it is credit-worthy. "The burden of proof now falls on governments," it added. (more)

Fannie Mae and Freddie Mac reform: Would it add $5 trillion to US debt?

Christian Science Monitor,
The Obama administration turned its focus squarely on a $5 trillion question Tuesday: What to do with Fannie Mae and Freddie Mac, the giant financiers of US home mortgages that fell into a bankruptcy-style conservatorship two years ago.

These two corporations together own or guarantee about half the mortgage debt in America. What happens to them will affect the ability of the economy and the housing market to recover. It also has big implications for US taxpayers, who could foot even higher bailout bills if the mortgage-insurance business isn't fixed.

"We will not support a return to the system where private gains are subsidized by taxpayer losses," said Treasury Secretary Timothy Geithner, in remarks Tuesday that opened a day-long conference on how to reform these so-called government sponsored enterprises (GSEs). (more) 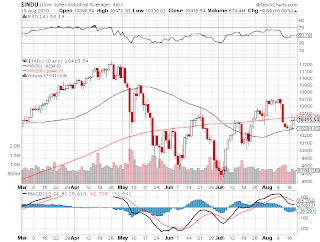 (MarketWatch) -- Yes, it's going to get worse, a whole lot worse ... Bill Gross warns this is the "New Normal. Forget 10% returns. Think 5%". ... Economist Larry Kotlikoff, author of The Coming Generational Storm, warns: "Let's get real. The U.S. is bankrupt. Neither spending nor taxing will help the country pay its bills" ... Economist Peter Morici warns: "Unemployment is stuck near 10%. Deflation coming. Stock market threatens collapse. The Federal Reserve and Barack Obama are out of bullets. Near zero federal funds rates, central bank purchases, a $1.6 trillion deficit have failed to revive the economy." ... Simon Johnson, co-author of 13 Bankers, warns: "We came close to another Great Depression, next time we may not be so lucky." Why? Because Wall Street's already well into the next bubble/bust cycle -- the "doom cycle."

It's early morning: In comes economist Gary Shilling's new Insight newsletter, just before I head for the kitchen to make my wife's breakfast. Gary's "Mid-Course Checkup" doesn't raise my spirits. Sure, he's got bragging rights. His January forecasts are still on the money. But don't you just hate guys like him? Brilliant. Honest. Great track record. I guess that's why he's been a long-time Forbes columnist. Investors listen when he talks. (more)