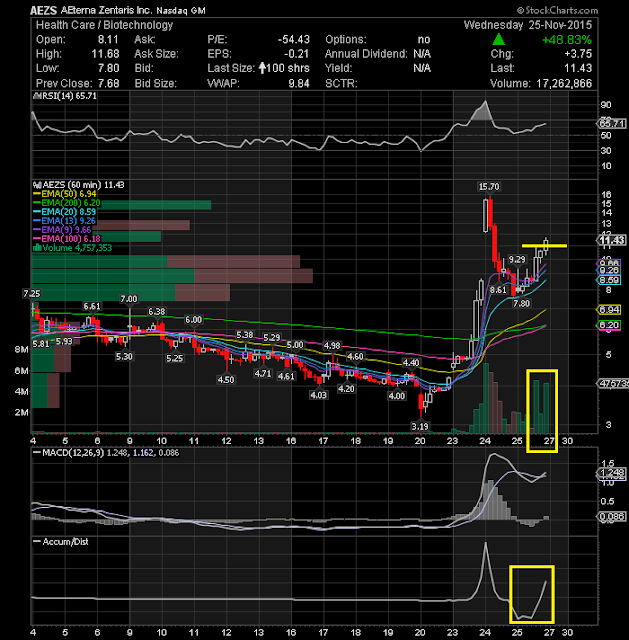 AEterna Zentaris Inc. (NASDAQ:AEZS) stock closed above the trigger point on the hourly chart with expanding volume and is registering a strong Bullish signal. Let’s see whether the stock can gather enough momentum to break through Wednesday’s high. If the Bulls are able to push through 11.68, there will be another rally towards $13. Note: On Wednesday, the company reaffirmed that its business and prospects remain fundamentally strong and that the ddilution from Series B Share Purchase Warrants has been substantially eliminated, something that sounds very good for shareholders. Keep the stock under the radar. 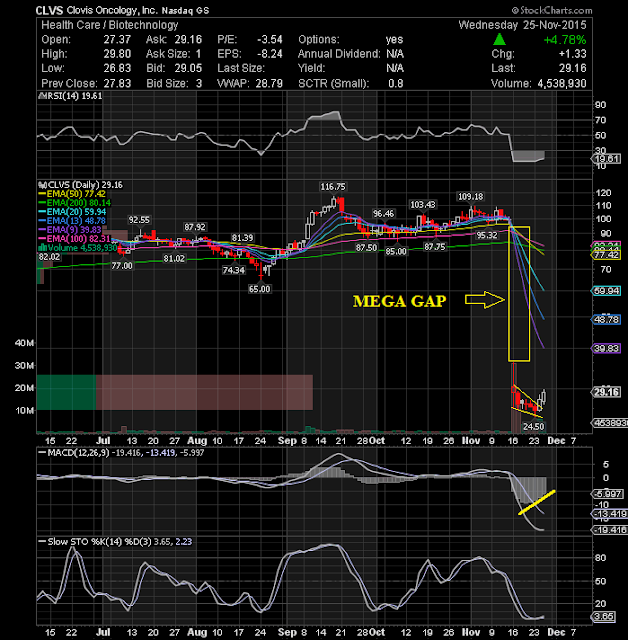 Clovis Oncology Inc (NASDAQ:CLVS) is starting to heat up and I expect to see it trading above $32 or better very soon. This bottom play has started to bounce nicely off its bottom and the momentum indicators are giving a clear picture of a short-term upward bias. I would not be surprised if it hit $35 at some point next week.
at 12:03 AM No comments: Links to this post

Speculation that Saudi Arabia could devalue its currency may owe more to a poor public relations effort by Saudi authorities than to the economic pressures on the kingdom.

Riyadh has the tools available to protect itself as low oil prices push the current account and budget balances of the world's top crude exporter deep into deficit, senior bankers in Saudi Arabia and the Gulf said.
In private conversations with Reuters this week, the bankers - many of whom are in contact with Saudi authorities - said Riyadh may detail a strategy to cope with an era of cheap oil as soon as next month, when the finance ministry presents the 2016 budget plan. The prospect of a riyal devaluation remains far-fetched, they said.  (more)
at 12:03 AM No comments: Links to this post