The Next Asia: An Interview with Stephen Roach

Before joining Morgan Stanley in 1982, Mr. Roach was Vice President for Economic Analysis for the Morgan Guaranty Trust Company in New York.

Mr. Roach is widely recognized as one of Wall Street’s most influential economists. His research covers a broad range of topics, with recent emphasis on globalization, the emergence of China, productivity and the macro paybacks of information technology.

Monetary policy is one of the most difficult topics in economics. But also, I believe, a topic of absolutely crucial importance for our prosperity.

As you all know, last week, the Bank of Canada increased its benchmark rate by a quarter of a percentage point to 0.5%. There had been a lot of speculation in recent weeks about that decision to finally raise rates after keeping them at a record low for more than a year. And as usual there will be a lot of speculation about the bank’s next moves. How far will it go? How fast?

All this guessing about setting rates has nothing to do with capitalism and free markets; it has more to do with central planning and government control of the money supply. In a monetary free market, the interest rate would be determined by the demand for credit and the supply of savings, just like any other price in the economy. (more)

China’s stocks rose the most in more than two weeks after Reuters reported a surge in the nation’s exports and higher-than-estimated new loans in May, signaling Europe’s debt crisis hasn’t derailed the economy. 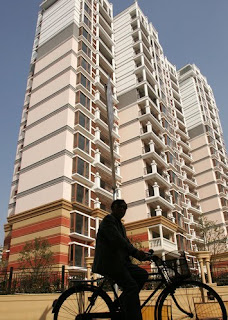 China’s property prices rose at the second-fastest pace on record in May, showing little sign yet that the government crackdown on speculation will work to avert an asset-price bubble.

The 12.4 percent gain compared with a record 12.8 percent increase in April from a year earlier. The residential and commercial price data for 70 cities was released today in statement in the National Bureau of Statistics newspaper. The data series began in 2005.

Officials may introduce a trial property tax after already tightening sales rules for developers, raising some down payment requirements and restricting loans for multiple-home buyers, according to state media. China’s benchmark stock index is down 21 percent this year on concern a slowdown in property sales and construction, along with Europe’s debt crisis, will damp the nation’s growth. (more)

Experts: BP May End Up in Bankruptcy

Analysts and investment bankers are beginning to contemplate the idea that BP may go bankrupt.

This is how the math goes:

BP may ultimately pay as much $23 billion to clean up the Gulf of Mexico oil spill, according to Credit Suisse.

The company also may have to pay $14 billion in compensation to gulf fishermen and the tourism industry, the New York Times reports.

The company has about $12 billion in cash and short-term investments to help pay for the tab, but already there are calls for BP to cut its dividend to preserve cash. (more)
at 12:11 AM No comments: Links to this post 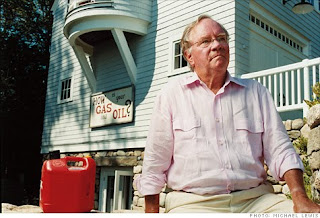 As an oil and gas industry insider, Matt Simmons speaks with a bold voice and makes even bolder predictions. His 2005 book, Twilight in the Desert: The Coming Saudi Oil Shock and the World Economy, which argued that Saudi Arabia's oil supplies are way more limited than most people think, raised his profile as an authority on the industry.

For more than 35 years, Simmons has run a Texas-based boutique investment bank, Simmons & Co., which specializes in the energy industry. At times, with his somewhat doom-and -loom-like take on things, there's a hint of conspiracy theorist in his tone. But it's hard to ignore that Simmons is deeply connected and has been pretty much right on in the past: When oil was $58 a barrel the year Twilight was released, Simmons predicted prices would be at or above $100 within a few years. By 2008, when Fortune profiled Simmons, the price of crude had hit $147 a barrel. (more) 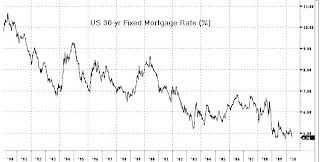