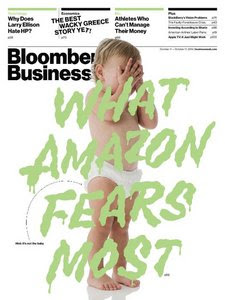 read more here
at 12:31 AM No comments: Links to this post

Five alternatives to gold Commentary: Silver, copper, platinum and other assets to consider 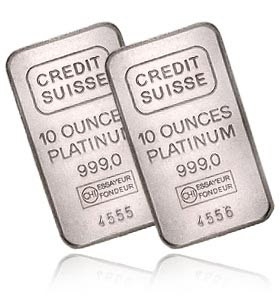 (MarketWatch) — Gold has extended its record streak recently, as prices hover near $1,350 an ounce. But while the 2010 gold rush is making a lot of headlines, it’s important to not overlook other hard assets that are also surging.

Silver, copper and platinum futures have all rallied to fresh highs recently as well.

With all the talk about a gold bubble in the works as investors rush to stake their claim in this asset, it’s worthwhile to take a look at other hard assets that are good investment alternatives to gold. Each of these offers its own strengths and weaknesses, but most importantly are ways to diversify your holdings away from gold if you are worried about a crash.

Here are five hard-asset alternatives for investors to consider:

Appeal: You may not know it, but platinum comes in bars and coins just like gold and silver — and since it’s one of the most valuable metals per ounce, you won’t have to worry about spatial limitations when stowing Armageddon funds in your safe or bunker. For those of you with a less catastrophic outlook looking for a good long-term investment, platinum has the added appeal of industrial applications (including catalytic converters for automobiles) as well as luxury items like jewelry. So if and when consumers start spending again, platinum will see a spike in demand.(more)

The Foreclosure Mess Could Last for Years

The dimensions of the foreclosure crisis keep expanding. Lenders and loan servicers including JPMorgan Chase (JPM) and Ally Financial are facing an explosion in homeowner lawsuits and state attorney general investigations of claims of falsified mortgage documents. Lawmakers in both houses of Congress have called for investigations. And procedural mistakes in the handling of mortgage documents have clouded titles establishing ownership of the homes, a problem that could plague both buyers and sellers for years. "This is going to become a hydra," says Peter J. Henning, a professor at Wayne State University Law School in Detroit. "You've got so many potential avenues of liability. You don't even know the parameters of this yet."

JPMorgan and Ally's GMAC Mortgage unit have delayed foreclosures in 23 states where courts have jurisdiction over home seizures. Bank of America (BAC) suspended foreclosures as well, pending a review of documents. In December 2009, a GMAC employee said in a deposition that his team of 13 people signed about 10,000 documents a month without verifying their accuracy. "My suspicion is that this will wind up being an industrywide issue," says Patrick Madigan, Iowa assistant attorney general. "Many companies were using robo-signers." (more)

Despite the advice of some in the financial media, many investors have continued to embrace exchange-traded commodity products as efficient vehicles for establishing exposure to natural resources. Cash continues to flow into commodity ETFs, which are popular as both diversifying agents within buy-and-hold portfolios and tools for speculating on short-term price movements among more active traders. Regardless of the underlying resource or the strategy implemented, the last few weeks have been very good to commodity ETF investors.

A weakening U.S. dollar and improving outlook for global equity markets have combined to send prices of many natural resources higher. And while correlations between commodity prices and equities have undoubtedly increased in recent years, several have demonstrated exactly why many investors see this asset class as a valuable addition to stock-and-bond portfolios. While nearly every commodity product has gained ground over the last month, some have delivered particularly big gains. Below, we profile five commodity ETFs that have surged since the beginning of September, taking a look under the hood of each fund and examining some of the factors responsible for their impressive rallies. (more)

The Gold Report: John, you were recently at a mining conference in Toronto where you told the audience you could see gold spiraling well into the thousands/oz. without worldwide financial Armageddon. Other gold pundits think such prices can be attained only with global financial ruin. Tell us how gold investors can have their cake and eat it too.

John Kaiser: I regard gold as a special asset class, whose specialness is derived from the fact that gold is very rare, hard to bring above ground and generally useless due to its high cost, unlike silver, which is more abundant than cheap and gets fabricated into all sorts of industrial applications. Gold would be a wonderful conductor for electronics, too, but it's just too expensive. We have just over 5 billion oz. (Boz.) scattered around the world in safes, vaults and jewelry boxes not doing much at all.

Because gold has limited utility, its price is irrelevant to ongoing economic activity. As a comparison, if oil shoots to $500/barrel that means that your paycheck would allow you to drive just one-fifth the distance it allows you to drive now. Such a move in oil would have drastic implications for the global economy. But if gold shoots to $5,000, what happens? Well, the gold stays in my teeth. Jewelry demand goes down even more, but nobody makes any decisions to substitute out of gold because it really isn't being used for much. In other words, it really should not affect the economy.

TGR: Then why are people buying gold? (more) 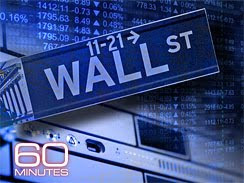 (CBS) New Jersey stock trader Manoj Narang says his firm has never had a losing week because his super computers are fast enough to capitalize on split-second opportunities in the market. Narang and other traders are using a legal but controversial technique called "high-frequency trading."

It played a role in a 15-minute, 600-point market meltdown last spring now known as the "Mini Market Crash."

Correspondent Steve Kroft talks to Narang in a rare chance to see such a business up close. He also speaks to SEC Chair Mary Schapiro - who has high frequency trading in her regulatory sights - and others for a "60 Minutes" report to be broadcast Sunday, Oct. 10, at 7 p.m. ET/PT.

High frequency traders rely on mathematicians and computer experts to write electronic trading programs and they use expensive computers to run them. Many of the country's large financial institutions do high frequency trading and it is estimated that from 50 to 70 percent of all U.S. stock trades are made this way. Humans are becoming less involved. "Humans are way too slow to trade on the kinds of opportunities that we're trying to capture," says Narang. "Opportunities that exist for only fractions of a second," he tells Kroft. (more)
at 12:18 AM No comments: Links to this post

S&P Projects 60% Of All Countries Will Be Junk-Rated By 2060, Sees Increasing "Tests To Social Cohesion" 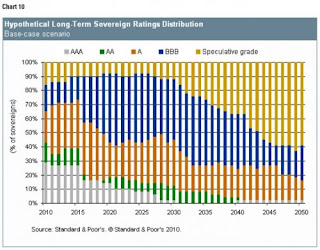 When even S&P tells you that within 5 decades, nearly two-thirds of the world will be junk rated, you know it is time to close the history books on the current system. In a long-overdue analysis on the impact of demographics, titled, "Global Aging 2010: An Irreversible Truth", S&P analyst Marko Mrsnik, who made Greece's shitlist earlier this year for being the first to downgrade the country and set off the European scramble to launch a $1 trillion rescue package for the European dominoes, has come up with the first report that acknowledges that not only is the US and UK AAA rating not set in stone, but, far more surprisingly, is the admission that the current system is set on an unsustainable course. To wit:as the chart below suggests, S&P now expects that the number of countries rated "spec grade" to increase from 18% currently in a hypothetical sovereign ratings distribution, to over 60% by the late 2040s as deficit spending (and debt funding) explodes. Additionally, in a world attached to reality, the credit matrix would make the AAA sovereign rating history by 2030. Of course, this being S&P, the rating agency is terrified of actually confirming what everyone knows, and qualifies this as follows: "The hypothetical ratings should be regarded more appropriately as an illustration of the credit dimension and profile of the demographic challenge that governments face and not as an indication of expected credit performance." Alas, the real, non-hypothetical outcome will be far worse: As Mrsnik himself says later, "The challenges ahead are daunting for the vast majority of sovereigns covered in this survey, particularly in cases where market pressures are pushing policy makers to embrace budgetary consolidation simultaneously with structural reforms of pension and health-care systems. For some sovereigns, this may put the relationship between the state and electorate under strain and severely test social cohesion." Translation: war. (more)
at 12:15 AM No comments: Links to this post 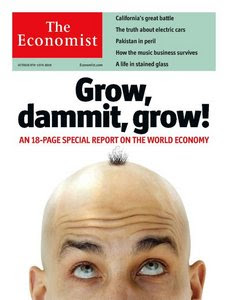 read more here
at 12:10 AM No comments: Links to this post

(Reuters) - The Dow closed above the 11,000 mark for the first time in five months on Friday as a surprisingly weak jobs report strengthened the case for more stimulus from the Federal Reserve.

While a loss of 95,000 jobs normally might be expected to hurt stocks, the market's desire for cheap money trumped concerns about the slow economy.

"It was almost as if the market was cheering for a bad report to try to solidify that the Fed would engage in quantitative easing," said Scott Marcouiller, chief technical market strategist at Wells Fargo Advisors in St. Louis.

Agriculture-related shares surged in sync with U.S. corn and soybean futures after the U.S. Department of Agriculture said the corn crop is likely to be far smaller than expected. Caterpillar (NYSE:CAT - News) rose 2.1 percent to $80.37 and gave the biggest boost to the Dow industrials.

A construction and farm machinery sector index (^15GSPMCHD - News) rose 2.6 percent on the belief U.S. grain farmers will use some of their profits from higher crop prices to buy new tractors and harvesting equipment. (more)