Everyone Is Ignoring One Troubling Statistic About Oil

Few question the prevailing wisdom that tensions with Iran have caused the recent rise in oil prices. But another possibility exists – and it’s a much greater long-term threat to economic growth.

Oil prices last spiked, in 2008, because supply and demand were tightly balanced. Those conditions may have returned, according to Jim Hansen.

Hansen is an independent financial consultant with Ravenna Capital Management in Seattle. His practice focuses on investing in the energy sector, and he distributes a weekly report a broad range of issues related to peak oil.

Over lunch a week ago, Hansen told me that “global spare capacity is approaching zero from a statistical standpoint,” and those conditions are the primary driver of the recent rise in oil prices.

Hansen is not an alarmist when it comes to energy, and doesn’t expect a return to the lines that snarled streets near gasoline stations during the 1973 oil crisis. His analysis is backed by a careful examination of the data. (more)

The 30 year / 2 year Treasury yield curve has been on a steady march higher since 2007. This makes sense since that was the year things started falling apart in inflated, debt saturated developed global economies, led by the nation that showed ‘em how it’s done when it comes to economic management by inflation; the US.

When long term yields are rising faster than short term yields, it is a sign of stress building toward either a breakout in inflation expectations or, as has been the case thus far since 2007 (and really, since the age of Inflation onDemand began in 2001), impending reversal of the excesses. Unfortunately, in an age where economies are managed by inflation (by monetization of Treasury/Sovereign debt in service to increasing money supplies) these reversals tend to be shall we say, violent.

Without conjuring too much theory about the Treasury bond market’s yield relationships, let’s just say that a rising curve (top panel) has accompanied ever higher moral hazards being baked into the macro cake. As shown, the monetary value anchor, gold, has moved up right along with the curve. But like the curve itself since the Euro ignited blow off in 2011, Au has been mired in an intermediate down trend. It all makes sense, at least when comparing the yield curve with the monetary relic which has not yet by the way, broken down from what still qualifies as a Symmetrical Triangle, which is usually a bullish pattern.

But enough on gold, it will go up or it will go down in the short term. What we are interested in today is what the yield curve in the top panel may be indicating for the nominal 30 year yield in the lower panel and from there, what the nominal yield may forecast. 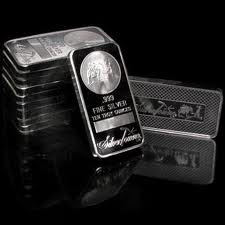 I’ve been watching the Sprott Physical Silver Trust daily chart for over a year now. It gave a very strong signal for a top with a daily reading of a 26% premium last April when silver topped. Cash silver was only $46 an ounce but investors buying into the “Silver is going to the moon, tomorrow,” story paid an incredible $57.73 an ounce. Needless to say they are sadder and poorer today. I may have mentioned how foolish it is to buy at tops.

Anything that gives you a clear picture of investor psychology can be used as a strong signal of when to buy or when to sell. With all the noise in the market of JP Morgan and manipulation and silver is going to the moon, we still suffer from a dearth of valid indicators. You may well believe silver is the most manipulated commodity in the history of the known and unknown universe but that doesn’t tell you when to buy or sell.

Goldman Sachs Rules The World; Bank of England Next

Speculation that Canadian Central Bank head Mark Carney has been tapped to become the next Governor of the Bank of England brings with it the possibility of virtually complete domination of Europe by Goldman Sachs – the very same financial terrorists who helped cause the economic collapse in the first place.

“Mark Carney, the governor of Canada’s central bank, has been informally approached as a potential candidate to replace Sir Mervyn King as head of the Bank of England in June next year,” reports the Financial Times.

“One of the world’s most respected central bankers, Mr Carney, 47, now heads the Financial Stability Board, which oversees global financial regulation. He was approached recently by a member of the BoE’s court, the largely non-executive body that oversees its activities, according to three people involved in the process.”

Carney is also a 13-year Goldman Sachs veteran and was involved in the 1998 Russian financial crisis which was exacerbated by Goldman advising Russia while simultaneously betting against the country’s ability to pay its debt.

Crisis and Leviathan: An interview with Robert Higgs

America's swelling ranks of fallen municipal borrowers have been blamed in the past year on 'what-were-they-thinking' causes, be it a Taj Mahal sewer system in Alabama or an overpriced trash incinerator in Pennsylvania's capital city of Harrisburg.

But the next series of major cities and counties in danger of defaulting on their debt can hardly point to one single decision for their malaise. Whether it be Detroit, Miami or Providence, Rhode Island, their problems have a lot more to do with financial policies that put them on course to live well beyond their means.

Municipal defaults have shot up since 2007 and are on pace for another high year in 2012, according to Richard Lehmann, publisher of the Distressed Securities Newsletter.

Many failures will be due to local politicians' willingness to give unionized local government workers lucrative pensions and health care benefits when times were good. For others, the housing bust was enough to destroy their real estate tax base. They almost all share the failure to prepare for a rainy day. (more)
at 12:05 AM No comments: Links to this post

TransCanada Corporation (NYSE:TRP) — This energy infrastructure company focuses mainly on natural gas and oil pipelines. It is the primary developer and manager of the Keystone pipeline system, and it also manages non-regulated facilities in Alberta, Canada.

In January, the U.S. State Department rejected TRP’s application to build Keystone XL, which would carry heavy crude from the Alberta oil sands and Bakken Shale to Gulf of Mexico refiners. President Obama did approve the southern half of the line from Cushing, Okla., to the Gulf of Mexico, saving months of delays. And the pressure to construct more lines is high since the incoming/outgoing imbalance of crude at the Cushing center has become critical.

Earnings for 2012 and 2013 are expected to be $2.35 and $2.70, respectively, but would improve significantly if the overall Keystone XL project is approved.

Technically the stock is in a bull channel with prices hugging the 50-day moving average. TRP’s overall price objective is $50-plus, depending on the political swings in the fall, and the stock pays a dividend of $1.76 (4% annual yield). Buy TRP at market.

The "Chart of the Day" is Novo Nordisk (NVO), which showed up on Tuesday's Barchart "All-Time High" list. Novo Nordisk on Tuesday posted a new all-time high of $151.55 and closed up 1.55%. TrendSpotter in late March took a profit on a 2-month long position and just turned long again on April 2 at $145.77. In recent news on the stock, Barron's on Jan 25 ran a story that highlighted five drugs that could boost the fortunes of their drugmakers, one of which was Novo Nordisk's diabetes drug Degludec. However, Deutchebank on April 4 downgraded Novo Nordisk to Sell from Hold citing valuation concerns and pessimism about the sales prospects for the company's Victoza obesity drug. Novo Nordisk, with a market cap of $84 billion, is a world leader in insulin and diabetes care and also manufactures and markets a variety of other pharmaceutical products. Furthermore the company is the world's largest producer of industrial enzyme products. The company is based in Denmark.