Biggest Rally in 76 Years Not Dead as Seers See Gains

Laszlo Birinyi will never forget the moment a year ago when the last ounce of confidence disappeared. Everyone from billionaire Warren Buffett to New York University Professor Nouriel Roubini was convinced that the economy was in a free-fall, that exploding deficits would devastate the dollar and that home prices were heading down as much as 20 percent.

“At turning points, the mood is always in one direction,” says the 66-year-old Birinyi, who characterized the “total conviction” of pessimists as the start of an advance that would end up making Barack Obama’s first year in office the best for shareholders in 76 years. What’s more, the Standard & Poor’s 500 Index, which gained 70 percent in the past 12 months, is nowhere near its peak in a rally that may persist through the next presidential election, he says. (more)
at 3:57 AM No comments: Links to this post

Evidence seems to be mounting that we are headed towards some sort of implosion in the paper Gold market, and perhaps the currency/bond markets in general. Let’s take a look:

Jacksonville, FL based EverBank – a bank with approximately $8 billion in assets and 1800 employees according to the company website – recently sent this notice to customers (courtesy of Warren Bevan):

Section 6.3.7. General Terms: We have added language clarifying our right to close your account. We may close your Metals Select Account at anytime upon reasonable notice to you. If we believe that it is necessary to close your account immediately in order to limit losses by you or us [GG: We really don’t give a s**t about you; it’s us that we care about], we may close your account prior to providing notice to you. Notice from us to one of you is notice to all of you [GG: the nerve of these people!]. If we close your account, we reserve the right to convert your Precious Metals to U.S. dollars and tender the balance to you by mail [GG: I am willing to bet my entire Gold stash that when you receive these "converted" dollars, they will be nowhere near the market price of physical. What did you think that whole "limit losses" thing meant?] . (more)

The Greatest Calamity The World Has Ever Known 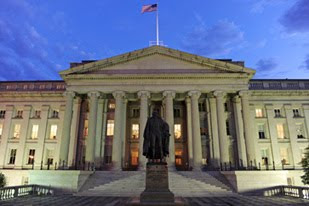 The year is 2010 and to anyone not in denial, the industrialized nations have entered the greatest calamity the world has ever known:

“There are now well over 150 million Americans who feel stress over these things on a consistent basis. Over 60 percent of Americans now live paycheck to paycheck.” (The Economic Elite vs. People of the USA, David DeGraw) (more)

Pay attention, this is BIG.

The Trustees of Social Security Fund, in their annual report, have implied that the trust fund will turn cash flow negative around the year 2017. This doesn't mean they will be bankrupt and out of assets in 2017, just that they will start to pay out more in benefits than money they take in.

Here's how Bruce Krasting puts it: The Social Security Trust Fund is able to make accurate estimates on the major components of its monthly cash flows. Therefore the first quarter operating results for the Fund are in. Only the payroll taxes and benefits paid numbers are currently available for January, February and March of 2010. The raw numbers show clear acceleration of the deterioration in the Funds dynamics...The conclusions are not good... (more)
at 3:46 AM No comments: Links to this post

Why California Is Doomed 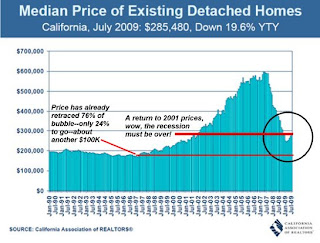 California is doomed for two simple but profound reasons: the cost structure is too high for most businesses to survive, and a boom-dependent economy.

The dysfunctions crippling California would easily fill a volume: a dysfunctional Legislature that has been gerrymandered to protect virtually every seat; a dysfunctional proposition system which enables special interests to craft Protected Fiefdoms via the ballot box; recalcitrant public unions who don't see anything wrong with public servants getting 90% of top-pay in pensions while still earning big bucks as "contract employees," an enormous population of undocumented workers who pay only sales taxes, and whose employers pay no payroll taxes, either-- and that just scratches the surface.

I want to highlight two systemic, structural causes for California's impending bankruptcy as a state and as an "economy": a crushingly high costs structure and an economy entirely dependent on the next boom. (more) 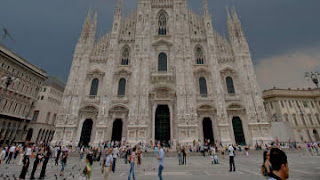 Financial markets are gripped by the role derivatives have played in Greece's debt crisis, but Italy also has a derivatives time bomb, and hundreds of cities are in the €24-billion blast zone.

Many local governments eager to cut financing costs for years rushed to sign up for complex derivatives contracts, even when the terms were in English. But some cities, facing big losses when interest rates go up, are now trying to pull out of derivatives and suing the international and local banks that arranged the deals.

In a test case, a judge in Milan will decide in coming weeks whether to try 13 people and four banks – UBS, Deutsche Bank, Germany's Depfa and JPMorgan Chase & Co – on aggravated fraud charges. The case stems from a derivatives swap over a €1.68-billion 30-year bond, the biggest issued by an Italian city. (more)

Options expiration is coming next week. Trading leading up to and during expiration dates tend to push to the extremes. As a result, technical interpretations during these windows can be quite difficult. Retail money can get confused by the technicals caused by the confluence of expiration flows.

As the equity trees continue to reach endlessly higher into the sky, caution is still warranted. A few days ago I pointed out that the NYSE put/call ratio was 0.67. As of yesterday's close, the number has dropped to 0.61. This means for every put traded, there were 1.64 calls traded. This low number, which can push below 0.5, reflects the equity trees pushing higher into the sky. This is a warning flag. (more)
at 3:12 AM No comments: Links to this post

“Last year, China passed the U.S. as the world’s largest market for cars and trucks,” says Chris Mayer. “There are over 40 million vehicles in China now, and the Chinese bought 13.5 million vehicles last year. They are car crazy in China.”

“That means the world will need to boost [oil] refining capacity. In fact, world refining capacity got a big boost from 2006-2008 as it grew from 5 million barrels per day (mbd) to 8.6 mbd. That’s a 72% increase. By 2013, based on what’s in the hopper now, another 68 mbd will come online. Of that, only about 6 mbd is net new capacity, as the rest replaces existing capacity that is closing down. Still, that’s a 70% net increase -- nearly equal to the prior boom.”

Most of this new capacity is coming from Asia, followed by the Middle East, as this next chart shows.

“Over the next few years in China alone, there are five-six big new refineries planned. Each will have the capacity to produce at least 200,000 bpd.”
at 3:11 AM No comments: Links to this post 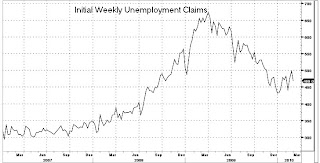