Otmar Issing: Europe and the Euro from an architects perspective.

For more info on “The Birth of the Euro” by Otmar Issing . Click Here

Pray For Inflation -- It's Our Only Hope

Everyone thinks the Fed's job is to fight inflation, but right now the Fed is actually doing everything it can to cause inflation.

It part to help the economy get cranking again. Inflation provides an incentive for people to spend cash rather than saving it, because if they save it, the cash will lose value rapidly.

The Federal Reserve will not raise interest rates this year but when the monetary authority does tighten, it will create a buying opportunity, says legendary mutual fund manager Bill Miller, chairman of Legg Mason Capital Management.

According to Miller, the Fed is watching resource utilization, such as capacity and unemployment, inflation trends and inflation expectations, all of which are not at levels that call for higher lending rates.

“We think it unlikely the federal funds rate will be increased this year, but if it is it will not affect how we manage the portfolio,” Miller says in a Wall Street Journal blog.

“It is likely, though, that when rates are increased, the market will sell off. That will present a buying opportunity, in our opinion, as corrections due to the Fed moving from accommodative to neutral are quite different from those happening when the Fed is going from neutral to tight.” (more)
at 3:54 AM No comments: Links to this post 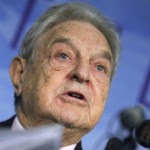 Railway porter-turned-billionaire financier George Soros delivered a stark warning last night that the financial world is on the wrong track and that we may be hurtling towards an even bigger boom and bust than in the credit crisis.

The man who ‘broke’ the Bank of England (and who is still able to earn a cool $3.3 bln in a year) said the same strategy of borrowing and spending that had got us out of the Asian crisis could shunt us towards another crisis unless tough lessons are learned.

Soros, who worked as a porter to pay for his studies at the London School of Economics after emigrating from Hungary, warned us to heed the lesson that modern economics had got it wrong and that markets are not inherently stable. (more)

If you’re like me, now that we’re in the week that federal income taxes are due, you are finally starting to collect your records and prepare for the ordeal. Either way, whether you are a procrastinator like me, or have already finished and know how much you have paid to the government, it is a good time to stop and consider how much of your money goes to pay for our bloated and largely useless and pointless military.

The budget for the 2011 fiscal year, which has to be voted by Congress by this Oct. 1, looks to be about $3 trillion, not counting the funds collected for Social Security (since the Vietnam War, the government has included the Social Security Trust Fund in the budget as a way to make the cost of America’s imperial military adventures seem smaller in comparison to the total cost of government). Meanwhile, the military share of the budget works out to about $1.6 trillion. (more)

IMF gold holdings: why mine the stuff when your accountants can create it?

Last week Eric Sprott, who heads up the Sprott Physical Gold Trust (NYSE:PHYS), created a bit of a storm when he offered to buy the IMF's remaining 191.3 tons of gold for sale on the market. The IMF told him to piss off.

So the world started wondering if the IMF actually has the 3,005.3 metric tons of gold it claims. Or, if the US and other countries have the gold they claim to have.

The issue really comes down to ownership. We all know the old adage, "Possession is 90% of the law." One wonders if that applies to the IMF.

The IMF originally got most of its gold from payments of quotas, whereby member countries paid in 25% of their funding quotas to the IMF in physical bullion. This method was maintained until 1978 when it was already abundantly clear that gold production couldn't keep up with government printing presses and the gold standard was abolished. (more)
at 3:45 AM No comments: Links to this post

12 Reasons Why Millions Of Americans Are Incredibly Angry About The State Of The U.S. Economy 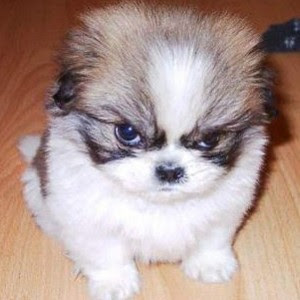 We have reached a very interesting turning point in American history. More than at any other point in modern times, Americans are deeply angry about the state of the economy. In fact, it is no stretch to say that millions of U.S. citizens are hopping mad about the economic situation. Most of them don't know exactly what is wrong, and even fewer of them have any idea about how to go about fixing things, but they do know one thing. They know that they are mad. As Americans, we were raised with the belief that our overwhelmingly powerful economic machine would always provide good jobs and prosperity for all of us as long as we worked hard. But we have come to learn that is not true. We have come to learn that our politicians and our leaders have squandered the great inheritance that our forefathers left for us. We have come to learn that the financial future of our nation is beyond bleak. We have come to learn that our government has piled up the biggest mountain of debt in the history of the world. Now the foolish decisions of the past several decades are catching up with us. The U.S. economy is experiencing structural failure, and the American people are angry. They want answers. They want someone to fix things. They want things to go back to the way they used to be. (more)
at 3:44 AM No comments: Links to this post 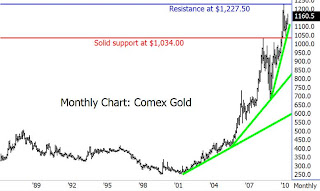 Underlying support for gold continues to come from Greece's sovereign debt situation and the efforts of the European Union to deal with it. While more steps were taken this week to offer financing to Greece, many gold traders remain very skeptical that Greece can ultimately get out from under its huge debt burden without further economic and financial harm to the EU. That is leading to further buying interest in gold as a hedge against European currencies. (more)

A Bubble in China's Property Market?

“China’s housing market is hot, but it’s not a bubble on the verge of bursting,” reads the latest research from U.S. Global, a group of funds controlled by our friend and perennial Investment Symposium favorite Frank Holmes.

“The price of housing in China has risen as the economy has expanded, but the chart from BCA Research shows that housing price growth has been significantly slower than GDP growth since the late 1980s.

“The price of housing has roughly doubled since the late 1990s, but it’s important to remember that China’s prices have risen from a much lower base than in the developed countries (among them, Britain, Ireland and Spain) in which bubbles were created. It’s also relevant to point out that household disposable income in China more than doubled during the period. The rise of the Chinese middle class is a major global economic phenomenon -- tens of millions of people are added each year…

“Demand is still strong. A recent survey by the Hong Kong-based brokerage CLSA found that 56% of China’s middle-class families are considering buying a new home -- despite the higher prices, many families can pay a 30% down payment because of their higher savings.

“Our own research shows that property developers, coming off a good 2009, are expanding into second- and third-tier cities, where housing markets are also growing and prices are more affordable.

“This widening of opportunity, combined with the government’s early recognition that decisive measures were needed, together will raise the probability that it will achieve its goal of slowing down home price increases without causing the market to collapse.” 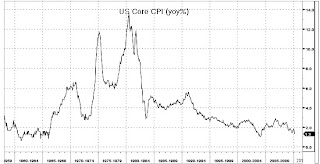 http://finance.yahoo.com/tech-ticker/pray-for-inflation----it%27s-our-only-hope-464142.html?tickers=^dji,^gspc,spy,dia,udn,tip&sec=topStories&pos=9&asset=&ccode=
at 3:14 AM No comments: Links to this post