Ten years ago, when I worked on the equity index derivatives desk at Lehman, we used to sit around and dream things up. Like, we wondered out loud if you could actually create a volatility ETF.
It seemed like a brilliant idea. Who wouldn’t want to buy volatility? There were some studies going around that said holding volatility as an asset class alongside a diversified portfolio could improve the portfolio’s risk characteristics.

Around the same time, the Chicago Board Options Exchange (CBOE), owner of the VIX Volatility Index, was busy thinking up ways to securitize the Index. So it listed futures on the VIX, allowing investors take a long (or short) position in a VIX future and be positively (or negatively) exposed to changes in volatility.  (more)


So this megaphone playing out again is just plain crazy.

Back on October 13, when the stock market was in free-fall, I prepared this chart showing a potential megaphone pattern. With major indicators (such as the MACD and stochastics) looking decidedly bearish, the idea that a rally would soon return the S&P 500 to the 2,030 area seemed crazy: 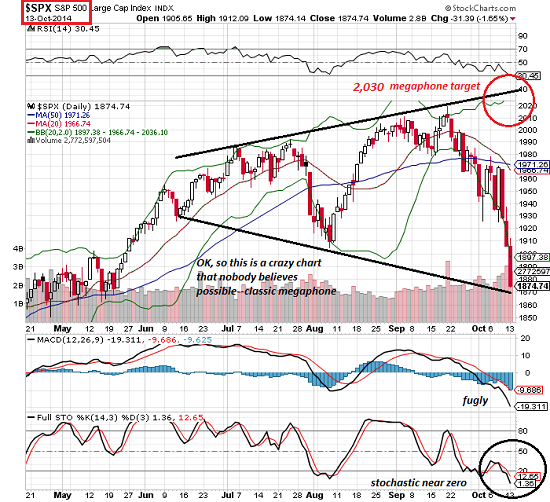 Three weeks later–ding-ding, we have a winner! The SPX has touched the top line of the megaphone drawn back in mid-October.

Now here’s another crazy idea: the megaphone pattern continues to play out, and the SPX reverses here and crashes 200 points down to the 1,800 level. I marked up this chart last weekend (chart is dated 10-31-14).
READ MORE
Please share this article
at 12:04 AM No comments: Links to this post 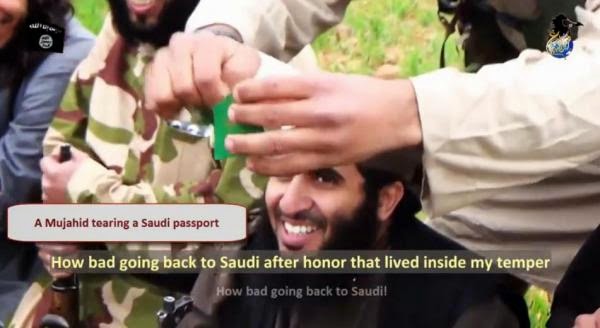 zerohedge.com / by Tyler Durden on 11/06/2014 11:38
For the longest time there has been speculation whether Jihadist forces, be they ISIS, Nusra or other regional groups, had managed to spread beyond the Iraq conflict zone and infiltrate the world’s oil mecca: Saudi Arabia. We now know the answer: according to Bloomberg, a Saudi citizen suspected of organizing the attack on Shiite worshipers in the oil-rich Eastern Province returned from fighting in Iraq and Syria, according to Saudi-owned newspapers. In short, ISIS has arrived in the world’s largest oil exporter, which begs the question: was yesterday’s news of an oil pipeline explosion, quickly downplayed by Saudi sources as “maintenance-related”, in fact what most assumed at first, namely an act of sabotage? And how long until the next “planned maintenance” pipeline explosion?
According to Bloomberg, the citizen organized a cell that carried out the attack that killed seven people in the Shiite village of al-Dalwah after sneaking across the border into the kingdom, al-Hayat and Saudi Gazette newspapers said, citing security officials they didn’t identify. Asharq Al-Awsat said the Saudi fought in regional conflicts. The Interior Ministry declined to comment, citing the ongoing investigation. 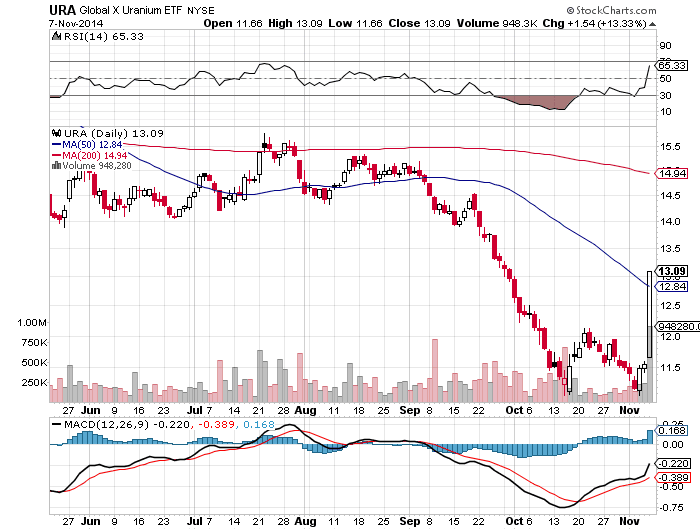 It has been quite an interesting few weeks for market prognosticators, and many bulls and bears alike have been caught off guard. Fortunately, there are mechanical systems available to find stocks that can sink or swim on their own merits.
Recognia, a program that applies sophisticated pattern recognition and quantitative analysis algorithms to stocks, pointed me toward PriceSmart (NASDAQ: PSMT), which runs shopping warehouse clubs in Latin American and the Caribbean.
The stock has been quietly forming a basing pattern on the charts after a disastrous drop earlier this year. And action this week looks to be an upside breakout from that pattern.

PSMT peaked in November 2013 above $126 before tumbling below $100 by April. But since May, it has been moving more or less sideways between $81 and $92. Chart watchers consider this to be the healing process as a stock repairs the technical damage that has been done.  (more) 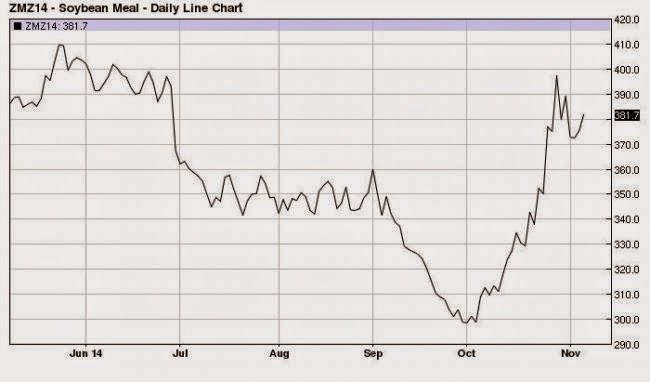 Many futures traders were surprised by October's grain rally. Despite record crop size in soybeans and corn, both new-crop corn and new-crop beans rallied over 15% last month. Speculators are still scratching their heads, searching for a reason for the rally and wondering how to position themselves ahead of Monday's USDA report.

Several reasons have been postulated for the rally. Some analysts suspect a large speculative short position was forced out of the market, leading to a month-long short-covering rally. Other conspiracy theorists point to the fact that the prices for crop insurance/revenue protection policies are priced based on the average October price; a higher average price means a smaller bill for Uncle Sam (and a smaller check for Farmer Joe). While these theories are unproven, logistical tightness in rail transportation, a slow US harvest and stronger than expected demand for soymeal and soybeans can be credited with driving prices higher. (more)

Currencies across Asia are set for a beating, buffeted by a combination of the G3 central banks, a stronger U.S. dollar and newly volatile Chinese yuan, HSBC said. "It will be slim pickings in terms of which Asian currencies to like next year. Even the yuan will be predisposed to bouts of higher volatility, which could further upset the region's currencies," HSBC (London Stock Exchange: HSBA-GB) said in a note Thursday. "While we had expected most Asian currencies to trade on the back foot against the U.S. dollar, some are now even starting to underperform the euro.  (more)