After $787 billion in stimulus spending and $700 billion in bank bailouts, 2010 is fast shaping up to be the year of the federal budget diet.

Bipartisan support is growing in Congress for action to stabilize the nation's bulging debt, which is now $12.1 trillion. Influential experts from former Federal Reserve Board chairman Alan Greenspan to former comptroller general David Walker have joined the cause.

The public debt is the amount owed to individual investors, including foreign countries, but excluding money the government owes to its own trust funds. It has soared from $5.8 trillion to $7.6 trillion this year alone — and is more than half the size of the nation's economy for the first time since 1956. (more) 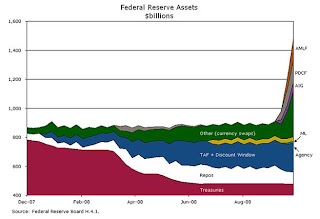 We are not providing the solution, we are asking the question, how to protect wealth in uncertain times? The financial crisis has changed the lives of millions. One of them, Glen Pizzolorusso, used to be a subprime mortgage broker making more than $100,000 a month:

For Pizzolorusso, the story started when he was just 14 and working in his father's mortgage firm. Making a habit of 60-hour weeks, he found his way up from his father's company to a position as head of a subprime mortgage sales team. He was bringing home more than $100,000 a month, choosing each day which of his five cars to drive, shuttling between two luxury homes, partying in expensive New York City nightclubs. (more)
at 3:21 AM No comments: Links to this post

The Future of Nuclear Power and Uranium

“Lately, I’ve been talking with people in the nuclear business,” says Byron King, “from uranium miners to reactor designers to government minders and check signers. Everything I’ve heard leads me to believe that 2010 will be a good year -- finally -- for the nuclear industry…

“Here are the nuclear numbers: There are 436 operating reactors in 30 countries around the world, 104 of which are in the U.S. These reactors produce just shy of 15% of the world’s electricity. The best data are that 50 reactors are currently under construction. There are 137 more being formally planned, and another 295 reported proposals seeking construction approval.

“Right away, it’s clear there are a lot of reactors out there, with something like 400 more on the way. So where will the world nuclear industry obtain the uranium fuel for all these new reactors? That’s a darn good question.

“Just in the U.S., annual uranium use for the nuclear power industry is about 55 million pounds. The U.S. produces less than 4 million pounds of this fuel -- about 7% -- and imports the rest.

“But despite the large U.S. demand for uranium imports, the world uranium mining industry lacks adequate capacity to meet demand. A large amount of the nuclear fuel imported into the United States comes from decommissioned nuclear warheads from Russia. The warheads trace their origins back to the Soviet Union.

“If you thought the U.S. had a problem with imported oil, now you know that there’s an issue with uranium fuel as well. Of course, I’m not the only one who knows this. It’s a national security issue, and I can tell you that things are about to change in a very big way… The nuclear industry is about to experience a breakout, and it’s going to be a major investment opportunity in which we can pretty much get in at the bottom of a down market.” 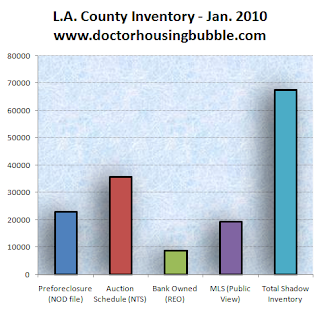 One resolution I had coming into 2010 was getting a better number for the shadow inventory in Southern California. It is rather clear that shadow inventory is a real factor in the current market but how big is this inventory? Can we really get an accurate figure for a large area like Los Angeles County? Well this is something I set out to do. The trouble with the current numbers is they are derived from a variety of sources. First, you need to pull MLS data for each of the 269 zip codes in Los Angeles County. This is the largest county in California with approximately 9,700,000 people living here. It provides an excellent cross section of all the ills California housing is currently experiencing. If we can get a handle on the actual shadow inventory for this area we can put together a better picture of the housing market for 2010. (more)
at 3:20 AM No comments: Links to this post

“Aside from a few Spanish galleons at the bottom of the sea and dentures returned to the earth after a lifetime of use,” Doug Casey muses in the latest issue of Whiskey & Gunpowder, “pretty much all of the gold ever mined and refined is still sitting on the surface of the earth somewhere. Nobody really knows how much that is, but the most reasonable estimates I’ve seen are something like 6 to 8 billion ounces. That happens to work out to about one ounce of gold for every human being on the planet at this time.

“Out of this, the U.S. government reports that it has 265 million ounces of gold in its Treasury. If we divide the money supply by the number of ounces the U.S. could back its paper with -- and here we’d have to decide what measure of money supply we want to use. Nobody, including the Federal Reserve, actually knows how much money it has floating around out there. It would seem that there are about 6 trillion dollars outside the United States alone. Let’s estimate that M0 in the U.S., the narrowest measure of money supply that consists of just notes and coins, amounts to 1 trillion. So, 265 million into 7 trillion gives you about $26,415 per ounce of gold. 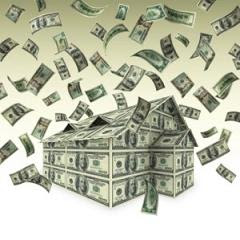 What do the mid-recession housing boom and the Harper Conservatives’ rise in the polls have in common? Answer: the Canada Mortgage and Housing Corporation’s massive sub-prime mortgage scheme that is keeping up the appearance of an economic recovery.
Reading the newspapers these days you have to wonder whether Canada was on another planet when the global credit crisis hit. House prices have actually increased in some provinces and now there is a shortage of houses for sale in southern Ontario. Credit is flowing everywhere.

Ottawa: The biggest sub-prime lender in the world

But what few Canadians realize is that the housing market has avoided collapse (prices are down 32 per cent in the U.S.) because the Harper Conservatives directed the CMHC to change the mortgage rules to effectively make the Canadian government the biggest sub-prime lender in the world. What’s almost as alarming as this reckless policy is that no one in the financial media is talking about it, even though everyone knows the facts. I was alerted to the scandal by David Lepoidevin, a financial advisor with National Bank Financial, in a warning letter to his clients. (Blogger Jonathon Tonge has all the CMHC charts and graphs on his blog.)

The facts are that over 90 per cent of existing mortgages in Canada are “securitized” -- that’s the practice of pooling mortgages (or other assets) and then issuing new securities backed by the pool -- MBSs, or Mortgage Backed Securities. That’s what happened with the sub-prime mortgages in the U.S. which (because the whole pool was so diversified) received triple A ratings by the rating agencies. Losses around the world amounted to hundred of billions of dollars. (more)